Ever have those times where you look down at your keyboard and just let out a sigh of disgust?

Keyboards get dirty, it is inevitable. The keys build up oils and grease over extended periods of use, and the spaces between keys fill up with dirt, hair and all sorts of nasty compounds.

White colored keys are the worst, because they show up dirtiest. Apple obviously was not thinking when they designed their all white keyboards, or maybe they did plan it out and just wanted folks to hate their dirty keyboards.

Nevertheless, cleaning a dirty keyboard is one of the biggest pain in the asses when it comes to maintaining a desktop or laptop. The keys are difficult to remove, and even harder to snap back in properly. The under space is hard to clean and wipe down, and the keys themselves can often be difficult to rub down, because they stubbornly hold just the right amount of grime to keep them dirty.

Logitech says no more! They have developed the K310, a water resistant and fully washable keyboard.

The Logitech K310 Keyboard Can Take a Bath 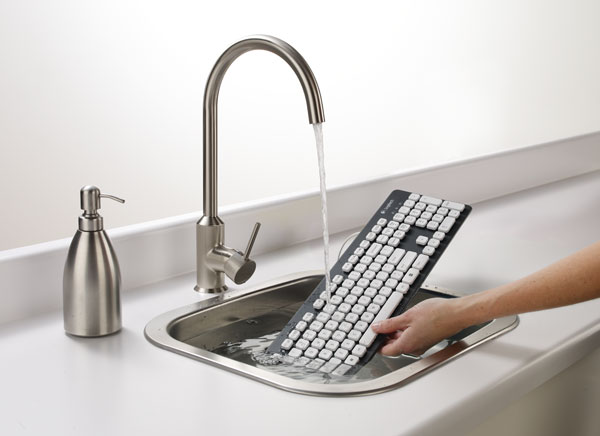 Logitech recently announced the K310, a wash proof keyboard. It can be submerged up to 11 inches (30cm) of water, which means you will not be able to use it while diving in the ocean, but you can submerge it in a deep sink.

The keyboard is also outfitted with drainage holes so that it will quickly dry as soon as it is done being washed.

You don’t even have to worry about the keys, laser printing and UV exterior coating ensures the design will remain in tip top shape even after a few rinses. After all, we’re not all typing gurus, which means that faded keys can be a problem later on down the line. Now where did the “PGDN” key go?

Sure, the keys can still fade after lots of use, but Logitech guarantees they will last for up to five million keystrokes a piece. In case you want the real breakdown, that means you can press on one key for a total of five million times before it will begin to fade. We’re not quite sure how they measured those numbers, but hey that doesn’t make them sound any less impressive!

According to Logitech the K310 will be available in the US for $40 by the end of August and will eventually become available in Europe, sometime in October.

Why Would You Want to Wash Your Keyboard? 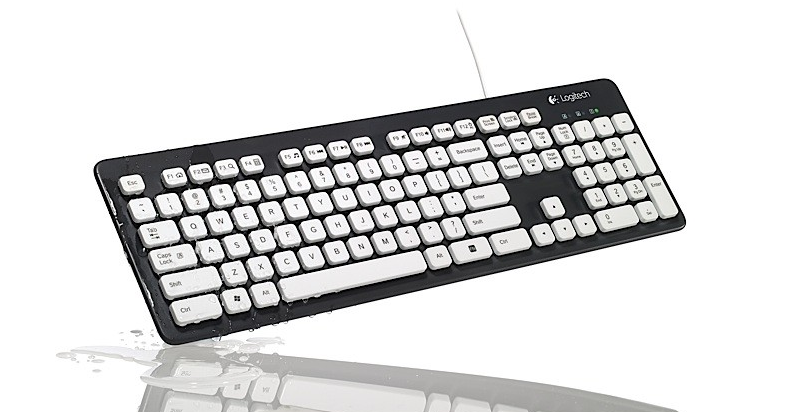 If you have ever owned, or used, a keyboard for an extended period of time you should already know the answer to this question. For amusement though, we are providing Sophie Le Guen’s, the senior director of mice and keyboards at Logitech, take on why Logitech has developed a washable keyboard.

“We’ve all experienced that moment of distraction – followed by panic, when a cup of coffee or a soda spills all over your keyboard, because life and its messes will happen, regardless of how careful you are, Logitech designed the Logitech Washable Keyboard K310 to look and function like new, even over time.”

Dirty keyboards suck, and they can be a colossal eyesore. Simply put, the Logitech K310 washable keyboard is a brilliant idea.

What Keyboard Features Does the Logitech K310 Have?

So you have come to the conclusion that a washable keyboard is the wave of the future, with our help of course, and you want one now, great! Problem is, we don’t actually know what keyboard features the K310 has. Relax, because now you will. 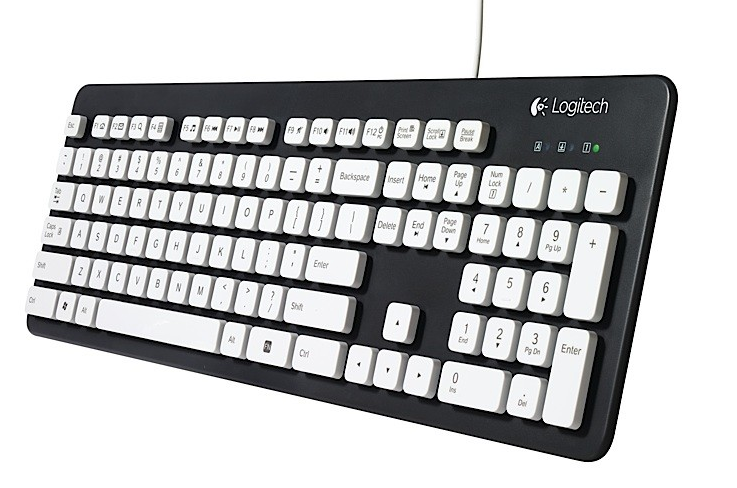 The Logitech K310 is equipped with a full row of F keys, as well as a dedicated number pad. Twelve other media keys will allow you instant access to additional features like the internet, or your email program of choice. You can even customize the extra keys so that they open your most used applications.

Logitech also touts the plug and play support, which means you don’t need any additional drivers or system software to use the K310 keyboard. You can simply plug it in and play!

The Logitech K310 is compatible with Windows XP, Windows Vista and Windows 7 desktop and laptop PCs.