Microsoft released the Windows RT officially about a month ago. It was released on MS surface and some other devices and PCs provided by MS’s OEM partners. However, Microsoft remained uncharacteristically silent about the support policy it intends to extend to RT.

Ending the mystery on this, there was an update on Microsoft’s support lifecycle page regarding an official declaration of support to the surface’s initial release for a period of four years. Normally, Microsoft extends support for business and consumer versions of its Windows for a period of five years. Business versions are given the option to extend this by another five years. This is the phase of mainstream support. Only surface devices that run Windows RT can be covered under both software and hardware policy. Other devices from Microsoft’s OEM that run windows RT are covered under the lifecycle support policy applicable only to hardware. 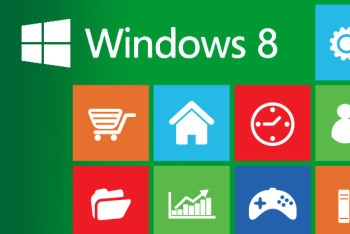 The Windows RT powered Surface is an atypical hardware-software combo. Thus it tends to play by its own set of rules. April 11 2017, close to four-and-a-half years post Surface’s initial release, will be the ending date for mainstream support. Since this device falls into the consumer device category, there is no set date for extended support to end. Also, the surface’s main appeal lies in its productivity services through office. The update expenses for these are the only ones that might draw any flak from the users.

So users who intend to or have already purchased a windows RT powered surface will be able to receive firmware updates up until April 2017 at the very least. Windows RT, Office student and home edition’s can expect software support to be available for at least a period of five years, which is the minimum for consumer software. It is fully plausible that Microsoft may choose to extend support beyond that date. But any estimation of probable dates at this stage is purely speculative.

The support schedule might seem atypically meager by Redmond’s standards. But it is downright generous when you weigh it against support systems offered by rival Tablet manufacturers. Apple’s two-and-a-half year old, original iPad doesn’t qualify for iOS updates anymore, security or otherwise. Likewise, the Google Nexus 10’s patrons are also unsure about how long they will continue to receive updates. Google has a track record of orphaning Android devices. Android devices receiving support and updates beyond a two year time period is highly uncharacteristic. 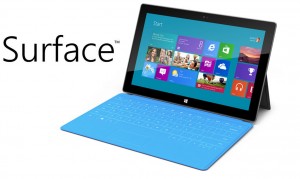 The main factor for Microsoft is that, Surface is not the only device that will be running windows RT. Microsoft’s OEM partners will soon start shipping devices that will be windows RT powered. A handful of them, Acer, Dell and Samsung may have already started sending shipments. Microsoft’s support lifecycle system page has so far been silent on the question of expected support dates. Seeing as Windows RT is essentially a consumer OS, one can speculate that it would be supported for up to five years as per current policy. But the official support lifecycle page for the Windows RT doesn’t list out support lifecycle dates of any kind.