Microsoft is again creating a device that will evolve the way businesses interact with their customers. This new product will provide an amazing and unique user experience. Microsoft’s invention, which is sure to revolutionize the computerized touch-screen industry, is Microsoft Surface 2.

Microsoft Surface 2 – What is it?

Well, to answer that question simply: it’s an awesome touch-screen table-top device that has impressive capabilities; and it only costs about $8,400 in the United States. To put in in more specific terms, it’s a thin LCD device that uses PixelSense technology to help bring an exciting experience to the consumer.

Microsoft Surface 2 was developed in conjunction with Samsung, and the result is the Samsung SUR40. This 40″ LCD touchscreen device contains many interesting features, such as: 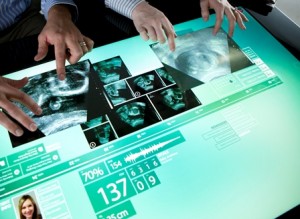 These features were put in place with the end-user in mind. Microsoft designed the Surface 2 for commercial use in high impact environments. It is meant to be placed in areas where it will be used and abused, such as table-tops in bars, music venues, banks, and promotional kiosks.

Below the Microsoft Surface 2

Microsoft Surface 2 not only contains amazing features that look cool, but there is also much more below the screen that allows this beautiful presentation to be possible. Microsoft Surface 2 uses PixelSense technology. This technology removes the use of cameras in the touch screen, and instead uses each pixel as a “camera”. It does not just “see” your fingertips, it “senses” your hands, and can also view pictures and devices set on the screen through the use of over 1,000,000 built in sensors.

PixelSense technology allows multiple users to be doing their own individual actions, without affecting the other people’s actions on the same screen thanks to the over 50 simultaneous touch points. With this number of touch points, you could realistically have 5 sets of hands (50 fingers), all interacting on the screen at the same time.

The system runs on the Windows 7 operating system. Also inside Surface 2 is an AMD Athlon II X2 Dual-Core 2.9 GHz Processor. A few more technical specs are:

Microsoft Surface 2 – Second in the Family

Microsoft had a previous version of Surface, simply titled Microsoft Surface 1. While it was a great device, it has been greatly improved upon in this latest release from Microsoft.

The previous version of Surface had a bulkier screen with a smaller viewing size. It was 22″ thick, rear projection, and had only a 30″ viewing area. Unlike the new version which can be mounted any way imaginable, Surface 1 could only be mounted horizontally, which limited its capabilities. Sales for this product were discounted in 2011 in anticipation for this newest release.

Microsoft already has some top companies excited to get their hands on Microsoft Surface 2, eager to interact with their customers in a whole new way. According to a recent blog post from Microsoft, some of these companies and what they plan on doing with the device are:

Microsoft Surface 2 – No Shortage of Apps

A developers kit is available free of charge from Microsoft for those wanting to design apps. There are many exciting apps currently being designed for the Surface 2, as well as an abundance of apps already completed. Of course, with a device like this, one can expect that social networking apps will widely used.

There will be many social features built for use with Surface 2. Since the main purpose of the Surface 2 will be to allow companies to interact with their customers in new and exciting ways, the social networking aspect will prove to play a big role. Users will be able to access social networking features to view, interact with, and update Twitter, Facebook, Flickr, and RSS feeds.

While Surface 2 is just beginning to roll out in the marketplace, it is already raking in awards. The Samsung SUR40 was recently selected as an International CES “Best of Innovations” Award winner for 2012. Popular Science also awarded the SUR40 an award for “Best of What’s New” for 2011.

With all the new technology being introduced with Microsoft Surface 2, it leaves no doubt that the “touch-screen” world of electronics is about to enter a whole new ball game. For quite a while companies have been tinkering with devices to allow the users to interact with their products and bring an engaging experience to that user.

One huge breakthrough in the last couple years has been the tablet device. Much ground has been gained with the release of tablet devices such as the iPad and iPad2. But the Surface 2 is sure to be a much bigger hit with consumers. Not only is the screen size massively bigger, but consumers can now interact with more than one person at a time on the same screen. 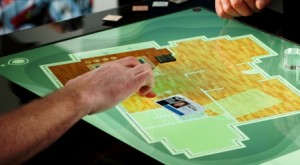 You can expect to see Microsoft Surface 2 soon in a business near you (if you are located in one of the 23 countries where Microsoft plans the initial release of this product). This new technology is sure to be popping up for use in local bars and banks. In the near future, it should not be a surprise if it will be widely seen in more places such as grocery stores and schools. With this new technology, the uses are virtually endless and very exciting.