Okay, this is getting ridiculous now! We own Minecraft on our PC, our mobile phone and now our Xbox 360. Despite owning the game on several different platforms, we can’t get enough!

Minecraft for Xbox 360 was released earlier this week and already it has broken Xbox Live Arcade sales records. Markus ‘Notch’ Persson tweeted that the Xbox Live version of Minecraft did “very, very good,” and was “profitable in an hour.”

Minecraft for Xbox 360 is slightly behind the PC version thus a few features, items and options have been omitted with support planned for future updates. However, the Xbox Live Arcade version includes one very promising feature (at launch), that the PC does not, local splitscreen play! 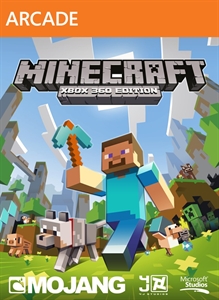 Minecraft is really no different on any platform, with the exception of a few missing features and items here and there if you’re not playing the game on a PC. Mainly due to the extensive update cycle of the original title, no one is worrying about the subsequent titles, they will be updated over time.

That being said, the Xbox 360 version of Minecraft does include several exclusive features that aren’t available on any other platform.

The first exclusive feature is local splitscreen play, with drop-in and drop-out multiplayer support. While playing, up to four players can jump into the game locally, which means three other drunk friends can join in the block-building craziness that is Minecraft! Additionally, up to four more players can join the same game via a Xbox Live connection. That’s right folks, Minecraft for Xbox 360 supports a total of eight players in one world! Sure, this may be a far cry from the massive servers found on a PC, but there’s no way to play locally with friends on any other platform, unless you’re on a Xbox 360.

The Local play feature is enough to make the Xbox 360 version worth purchasing, but the Xbox version does have one other exclusive feature. 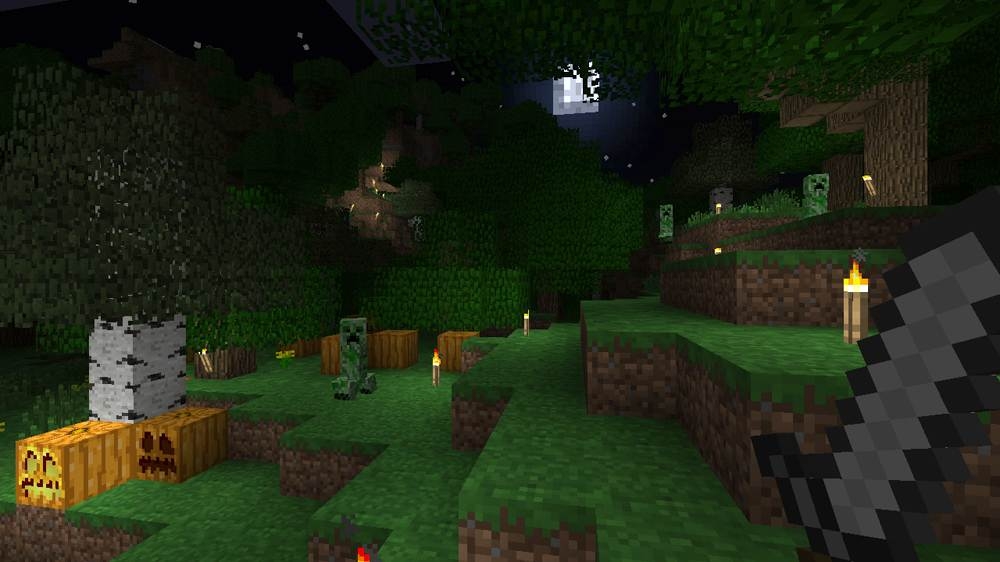 What is Included in The Current Build of Minecraft For Xbox 360?

Considering the extensive amount of updates the original Minecraft received over time, it’s no surprise that the Xbox version isn’t up to date yet. This simple fact that Minecraft for Xbox 360 is behind the PC version begs the question, what IS included in the current build of the console port?

According to Lead Producer Roger Carpenter, the Xbox 360 version of Minecraft can be compared to the 1.6.6 version of the PC title. 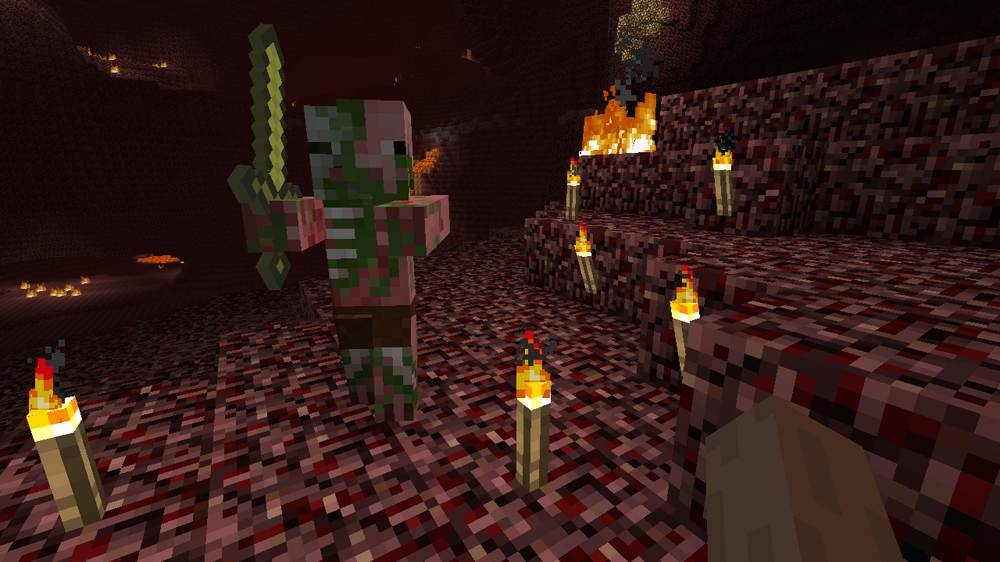 Carpenter told Eurogamer, “1.6.6 is the level playing ground that Microsoft, 4J and Mojang agreed on at the start. At some point, we’ll announce how the updates are going to come about – we will slowly but surely bring the Xbox version up through the versions.”

In case you’re wondering what’s not included in version 1.6.6, Minecraft for Xbox 360 does not include any of the “Adventure Update” features (version 1.8 on the PC). For an in-depth list, of update history for the Xbox 360 version, please visit the Minecraft wiki version history page. As of the time of this writing there have been no updates, so obviously the only version currently visible will be the first build of the game.

Minecraft For Xbox 360, The Short And Sweet Review

Believe it or not, the Xbox port of Minecraft works flawlessly with the Xbox 360 controller. PC users may start to miss the classic keyboard and mouse combo (a PC control scheme will always be superior to a console’s), but the controller works great with the console port. 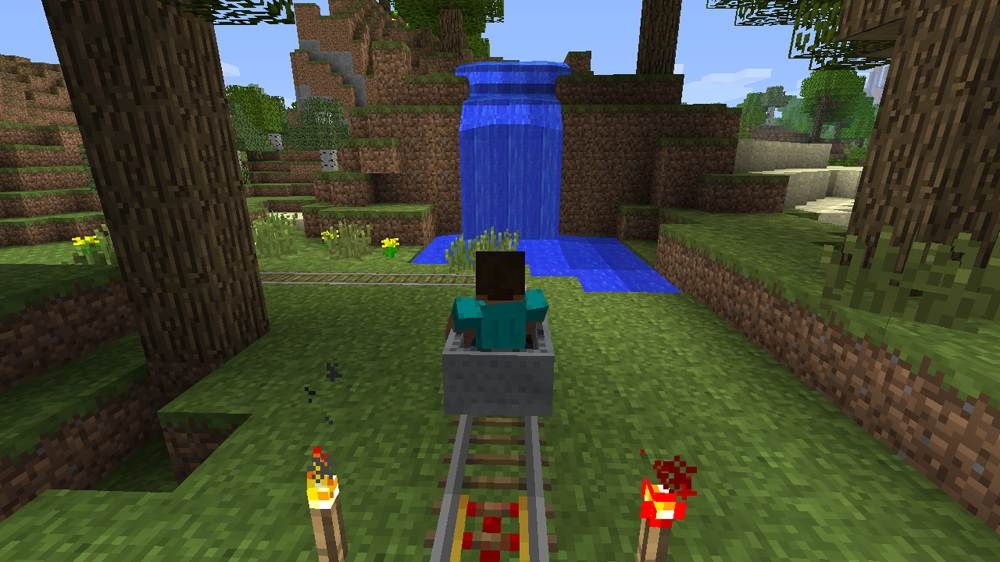 There is no creative mode available for selection, which means that Minecraft for Xbox 360 only has one gaming mode for now: survival. When the peaceful difficulty is chosen, all monsters are removed from the world so this does end up seeming like the PC’s creative mode with the only exception being, there is no unlimited supply of resources and blocks.

Minecraft for Xbox 360 is a great game if you take it into context all by its lonesome. Console owners finally have the opportunity to play the revered title using a standard controller, and they can also invite some friends along! If you’re an owner of the PC version you might find yourself disappointed by the lack of features in the current Xbox build, it might be best to wait until the console port gets a few updates. Nevertheless, playing Minecraft on a Xbox 360 with local splitscreen support is fantastic, especially when playing with a group of boozed up, or sober, friends!

Minecraft for Xbox 360 is available now on the Xbox Live Arcade for 1600 Microsoft Points, and we certainly think it’s worth it! 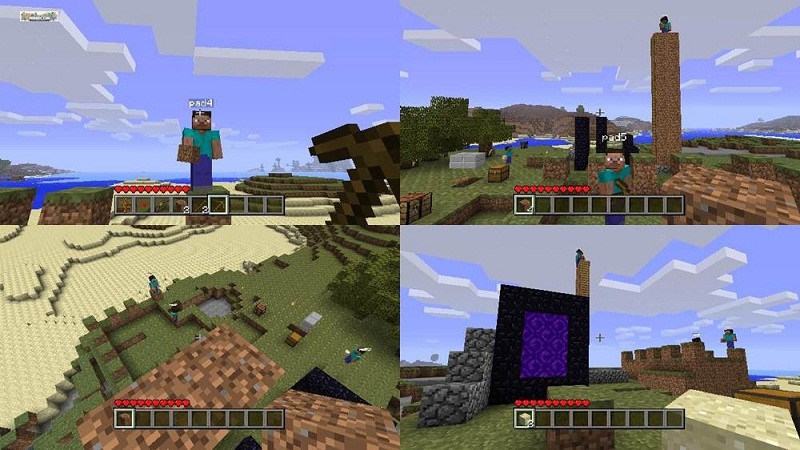 If you like Minecraft, you should check out our Indie Game of the Week feature!

Indie Game of the Week: A Valley Without Wind