Stellar Journey: The Next Generation… of iPod Nano

Online excitement for the 7th generation iPod Nano is building at a steady clip; however there doesn’t seem to be too much confirmed information regarding it. The biggest rumor out there at the moment is that there will be a camera. This won’t be the first time that Apple has added a camera to the iPod Nano, but it just might be the first time that they get it right.

The new iPod Nano is the next generation of iPod tech. Not only literally, but in a figurative sense that it is taking everything that has worked in the previous Nanos; and completely refitted everything that is obsolete. It will have three separate hardware changes. The iPod Nano has been using Toshiba flash memory on previous players but they recently switched to SanDisk. Why compete when profitability can be mutual, right? 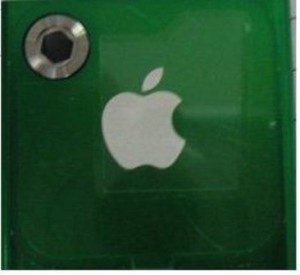 At this point, the Nano is just about as small as it can get while still allowing for the full screen that so many devoted iPod users enjoy, so don’t expect any difference in the size. The recent software updates to the 6th generation Nano might be a good indication of what to expect standard on all 7th generation Nanos. This thought process can also be applied to the upcoming iPhone 5 and iPad 3.

When the first iPod was released on November 10, 2001, it had only 1GB of storage and sold around 125,000 units during the first quarter of 2002. At that time, the state economy wasn’t nearly as rocky as it would become in the following years; but it was definitely disrupted by the state of fear and remorse felt people everywhere.

The classic iPod was not the only portable media player available, and it was far more compatible with Mac than PC. It was more expensive and specified, whereas others were affordable and compatible. So how did this shiny, pricey, Mac-favoring media player end up becoming the most purchased MP3 player ever?

The difference was simple; the project was a brainchild of one of the most intelligent and innovative men in the industry: Steve Jobs. The iPod shined in the sunlight because of its glossy casing; but it shined in the spotlight because of an extraordinary marketing strategy. It’s amazing what you can accomplish when you hire the best people to carry out your ideas.

The iPod marketing campaign is only one of the momentous triumphs of Jobs. His achievements not only inspired the tech world; but they inspired the creativity of millions of people worldwide. In reflection of the late, great pioneer; Apple strives to continue the tradition (of casting aside tradition) by ensuring that anything that is done is not done small; even if that ‘anything’ is a miniature media player. 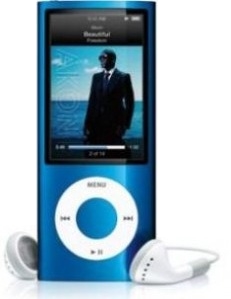 Curiouser and Curiouser: The iPod Mini Shrinks into the iPod Nano

In late 2005, Apple released two models of iPods that were the offspring of the highly successful original iPod. The devices were replacements to the iPod Mini; and, the model was the Nano. Available with 2GB or 4GB storage, originally; and later with 1GB at a lower cost, the first generation Nanos were still equipped with the click wheel that the Minis possessed. But the new iPod Nano incorporated flash memory and a color screen; rather than just a colored casing.

There is an abundance of cliché sayings that don’t have solid roots and are absolutely fruitless. One, which is typically considered negative, is: “The apple doesn’t far from the tree.” The problem with sayings such as this are that they almost entirely false or misused (unless you happen to be in an orchard and are looking for an apple). Conforming to a pre-existing trait can be a positive characteristic if that trait is respectable. Alternately, sometimes the apple would be better off if it had fallen farther from tree. One of Apple’s iPod trees grew into seven generations of iPod Nanos.

The aforementioned first generation had issues. The click wheel wasn’t ideal for smooth operation and the screen had a tendency to break. The shattered iPod screens led to law suits which ultimately awarded most plaintiffs with 10-25 dollars. Sometimes, when something breaks; it’s better to just move on to other things.

That’s what Apple did; they moved on to the next model of iPod Nano. The second generation model had a higher storage capacity, a clearer display, smoother transition between tracks and a screen that wouldn’t incite any class-action lawsuits.

It was also packaged with less material to appeal to the rising “green” initiative. When Christmas arrived in 2006, thousands of pounds of wrapping paper was torn, crumbled and trashed as people opened their generation 2 Nanos. During the two days that followed the holiday, iTunes crashed from the abundance of downloads. 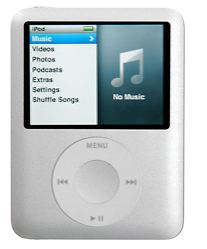 The next generation became shorter and wider, more of a square than the previous. The screen had the same pixilation as the classic iPod; until an upgrade that improved both the classic and the Nano. This third generation had numerous software issues and required a firmware update that was accessed via iTunes. This new iPod Nano introduced gaming and “unspecified” bugs that were rigorously tended to by Apple until 2008 when the fourth generation was introduced.

Still using a rotating screen, introduced on the 3rd model, the fourth returned to its narrow design that was iconic of the original Nano. Generation four had a wide variety of color options, a shake-to-shuffle function and played videos with the same capability as the third. The most notable addition was a built-in microphone and the abandonment of firewire connectivity for USB. While this made compatibility with other devices better, it rendered any charging or docking ports useless.

The fifth generation was incorporated with pedometers via Nike. The last release to-date was the newest iPod Nano generation. It’s similarities to the upcoming release of 7 are apparent on the outside; but not on the inside.

The Future of iPod Nano: 7th Generation and Beyond

As Nano moves forward, we can expect to see the same great Apple quality with software updates making listening to music and watching videos easier than ever before. As the years progress, we will see this technology being brought to us in new and exciting ways. With Apple, the surprise is half the fun. They may be keeping their latest prototype under wraps but when it hits, the 7th generation iPod Nano will be one little item that will make a mighty big splash.

If you can’t wait for the 7th Generation, you can get the newest generation on Amazon for a very decent price. Click here

to order an iPod Nano (6th Generation) on Amazon, the cheapest place we found to purchase an iPod Nano online.

Can’t wait for the 7th generation?
Click here to get the newest iPod Nano available