Amazon is poised to disclose information about their current Kindle models today, at their live event in Los Angeles. We won’t know about the new models until Amazon’s CEO, Jeff Bezos, takes the stage.

There’s no doubt about the excitement surrounding the new Kindle models, as the Kindle Fire and Kindle tablets are some of the most popular eReaders currently on the market. Consumers will flock in droves to Amazon’s website to pre-order the new Kindle, as soon as the option is made available.

Kobo isn’t ready to throw in the towel to Amazon just yet though. They’ve beaten Amazon to the punch by announcing three brand new, and quite appealing, eReader models.

Kobo has announced three new eReader models that are each meant to match up with the competition. For example, the Kobo Glo ComfortLight is meant to go head to head with Barnes & Noble’s Nook SimpleTouch with GlowLight. Of course, there are a total of three new models, so without further ado, let’s go to them. 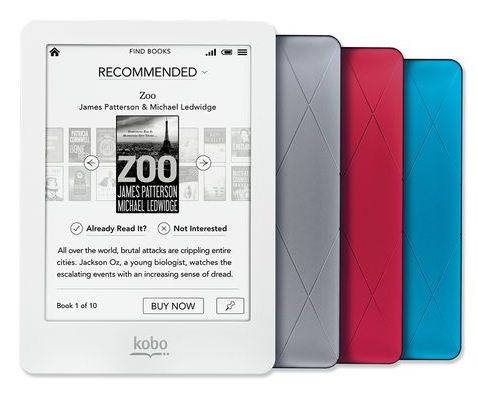 The Glo ComfortLight is a 6” eReader, using E Ink (at a 16 level grey scale resolution) that is equipped with a rendition of Kobo’s own night glow technology. Much like the Nook SimpleTouch, Kobo’s ComfortLight has a topside panel light that can be turned on and off for night viewing, or in low light conditions. The touchscreen is glare free and includes a fingerprint resistant coating to cut down on greasy smudges.

The ComfortLight is equipped with a 1GHz Freescale processor. In addition, the ComfortLight includes 2GB of internal storage with a microSD slot for up to 32GB of expanded storage.

Nothing to advanced here, but the Glo does come with integrated Wi-Fi support and is available in four different colors (Black Night, Pink Sunset, Blue Moon, and Silver Star).

The Glo has a rated battery life of one month, with the Wi-Fi turned off and up to 55 hours of continuous use with the ComfortLight turned on. At release, the Kobo Glo will be yours for a brisk $129.99. Although, you might consider throwing in a little extra for a tablet with more features like say the Google Nexus 7, or the following device in our list.

The Arc is the successor to the Kobo Vox, which was a low end tablet that missed its target the first time around. The Arc includes several improvements over the Vox that, hopefully, makes it worthy of its $200 price tag. 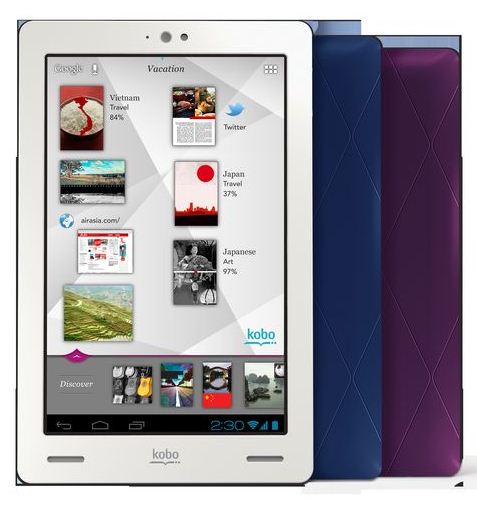 The Arc is a 7” tablet with an IPS display that supports a maximum 1280×800 resolution. The Arc is powered by a 1.5GHZ Texas Instruments OMAP 4470 processor and 1GB of installed RAM. It stands out from some of the competition because it is running Ice Cream Sandwich (Android 4.0) and has full access to the Google Play market.

It will be available in two models, one with 8GB of internal storage and another with 16GB. 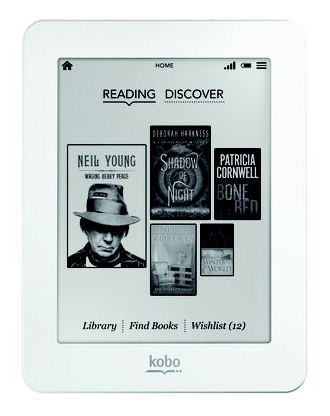 The Mini has been dubbed so because Kobo claims it is the “world’s smallest and lightest full featured eReader.” The reader is equipped with a 5-inch display and measures 5 x 5.24 x 0.41 inches, weighing a total of 134 grams (4.7 ounces). Judging by those specs, if you’re into smaller gadgets, then the Mini is certainly a proper fit.

A common 800MHZ processor (Freescale 508) powers the Mini, which also sports 2GB of internal storage. Of course, we are talking about a standard eReader here so the 5” touch screen is adorned with E ink, displayed in a 16 level grey scale format. The touchscreen is glare free and includes a fingerprint resistant coating to cut down on those pesky, greasy smudges.

Additional features include integrated Wi-Fi, and an intrinsic device dictionary for reference. Advanced Kobo software comes bundled with the Mini too, allowing you to track reading stats with Reading Life, and access your books from anywhere (stored in the cloud) with Kobo Everywhere.

The rated battery life is 2 weeks, with the Wi-Fi turned off.

The Kobo Mini is available in either black or white and will be conveniently priced at $80.

There has been no official word yet as to when these new Kobo eReaders will release. Considering Amazon will gear up to launch their new Kindle models almost immediately after their unveil we can expect to see Kobo’s models available soon too.