Think about your next smartphone, and the size of the camera on it. You would probably be happy with about 8-megapixels. If you had the ability to design everything on it, somewhere in the range of 13 to 18-megapixels would probably be sufficient. Well, Nokia is about to blow all that out of the water. How does a 41, yes 41MP camera sound?

Nokia has been making attempts to get themselves back to the top of the charts in the cell phone industry. However, nothing has been wildly successful. Their latest attempt, the Nokia 808 Pureview, is mind-boggling, with a ridiculously big, awesome, powerful, and amazing camera; 41-megapixels! 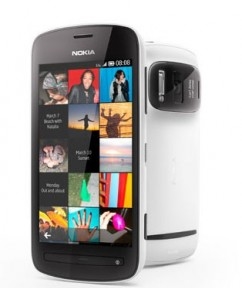 When you talk about megapixels in a camera, some people think it’s all about numbers. However, it’s not always the bigger the number, the better. You are also going to need quality and technology to back that up, or else that bigger number won’t matter. You are better off buying an 8MP camera with great technology and quality, rather than a 500MP camera with horrible technology made in someone’s garage.

Nokia has put some quality and technology behind the camera in this phone to ensure that 41-megapixels isn’t just a number. The result is PureView Pro technology in the Nokia 808 PureView smartphone.

Well, you may be asking, “How exactly does a 41MP camera work?” The basic answer is pixel over-sampling. The picture quality in the camera is adjustable. The standard setting is at 5MP. With over-sampling technology, the phone takes a picture with its 41 million available pixels. It then condenses approximately 7 pixels down into 1 perfect pixel. In return, you end up with a 5MP photo, taken from a 41MP camera. This method of over-sampling allows the camera to take photos that offer natural coloring and eliminate the visual noise that lower quality cameras produce. 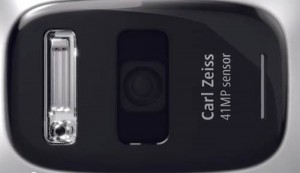 Another beautiful aspect integrated into ProView technology is the use of the zoom. Generally when zooming in on a picture, the quality of the picture decreases. Thanks to the available 41-megapixels, this will no longer be an issue. If you have the camera set at 5MP, with over-sampling you can take a picture at up to 3X zoom and not experience any loss in the picture quality. As you tune the quality size of the picture, the amount of zoom available without quality-loss will adjust as well.

The video recording on the Nokia 808 PureView is also amazing. It’s able to record video at 1080p with 30fps, with no loss to video quality at up to 4X zoom. If the quality is decreased to 720p, the camera has the ability to zoom at 6X.

Taking pictures and video during darkness is not an issue with this phone. The Nokia 808 PureView is able to illuminate the picture by using a powerful Xenon flash, and a video by using its super bright LED light. 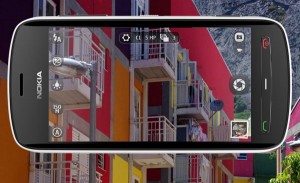 What would a phone with great photo and video quality be if it also didn’t have great sound capabilities? Nokia has not overlooked that function. The audio recording is definitely superior to that of an average smartphone. The best recording devices on smartphones right now record up to about 110 decibels without distortion. The Nokia 808 ProView can record audio with CD-like quality, distortion-free, and clear, at up to 140-145 decibels; that is even higher than the human ear can comprehend. This is possible by the use of Nokia Rich Recording. This level of recording was previously only possible by the use of a high-quality external microphone.

What are the cons of this camera? All this is too good to be true, right? Well, yes, there was one con I found while researching this phone. One person’s rant was that if you have a 41MP camera, and try to send that pic through the data connection on a cell phone, it is going to utilize an incredible amount of data and time to send that pic. And with the high data usage, phone companies are going to increase rates even more. However, this probably will not be the case, as most users will probably end up with a 5 megapixel size pic, which is great quality for most applications of a photo.

Nokia states that for the majority of users, 5 to 6-megapixels is enough for viewing pics on a computer or for most printing purposes. The extra megapixels are there to help bring a better quality image, and condense it, rather than a poor quality image and enhance it.

Here are a few more specs on the ProView camera:

Nokia 808 PureView – It’s a Camera With a Phone

While writing this article, I kept catching myself thinking the word “camera” over-and-over instead of “phone.” However, this is not just a camera; it’s also a very useful smartphone.

The main thing that could make this phone more desirable would be the use of iOS or Android. The operating system on the 808 will be Nokia Belle (also formally known as Symbian Belle). This operating system, though it’s good, is not as widely known, and therefore some consumers will likely shy away from it. Unfortunately for the majority of consumers, what is unknown is also feared. 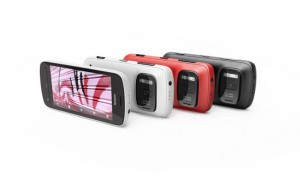 Of course, who cares about the camera? You are probably wondering “What colors will the Nokia 808 PureView be available in.” Well, here is your answer: Red, White, and Black. Oh, and I almost forgot to mention it will have a 4 inch touchscreen, protected by Gorilla Glass. Another neat feature is the ability to connect the phone to your TV or computer through an HDMI port or a wireless stream.

The price according to Nokia will be around €450, or approximately $600. The expected release date is around May, 2012. Will it be able to compete with the upcoming Apple iPhone 5 and Samsung Galaxy S3?