Nokia is steadily on the rise, thanks to their popular line of Lumia Windows Phones. There’s no doubt about whether or not they’re gearing up to launch Windows Phone 8 devices either, they most certainly will. That means, with their existing Lumia phones and the new phones soon to release, they will have plenty of products on the market.

In fact, they’ll have enough products to justify the need for a suite of software apps specifically for Nokia phones.

What better way to entice consumers to buy Nokia devices than to provide an exclusive music streaming service? It appears Nokia already thought of that, because they have launched the Nokia Music for Lumia service. Nokia Music first became available yesterday (September 4, 2012), just one day before the Nokia World 2012 event. 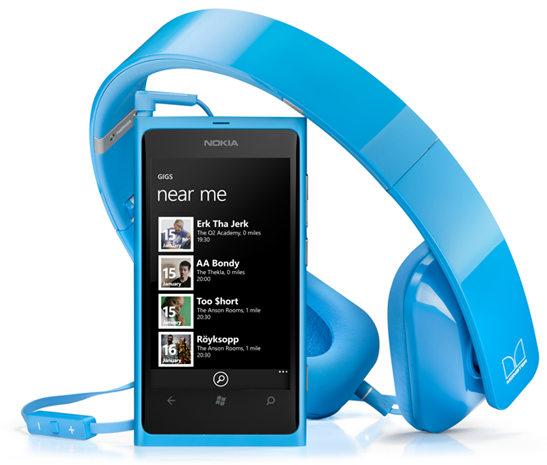 The Nokia Music app offers all present, and future, Lumia owners access to an exclusive music streaming service. The Nokia Music service is totally free and is compatible with all current Lumia models including the 820 and 920.

Mix Radio is essentially an internet radio service like Last.FM or Pandora. Nokia Claims “you’ll find over one hundred music channels lovingly crafted from a catalogue of over 15 million tracks.”

“With mixes to suit every taste from hip hop to house, rock to rap, indie to jazz, and with new mixes being added every week there’s always fresh, new music to enjoy. Check out our celebrity channels too where great artists like Rihanna, Lana Del Rey, and Florence and the Machine share the music that inspires them.”

Just like with Last.FM and Pandora, you can also enter an artist’s name and the Mix Radio service will create a custom playlist with similar music. You can also let the service scan music that you have stored on a desktop or laptop computer, and Mix Radio will generate playlists based on your personal taste in music.

In case you don’t want to bother with streaming services or data usage, you can also transfer music to your Lumia device for playback within the Nokia Music app. Transferring music to your Nokia Lumia can be done with the Zune for PC software or the Windows 7 Connector for Mac.

Of course, one of the coolest features of the Nokia Music app has nothing to do with music playback. 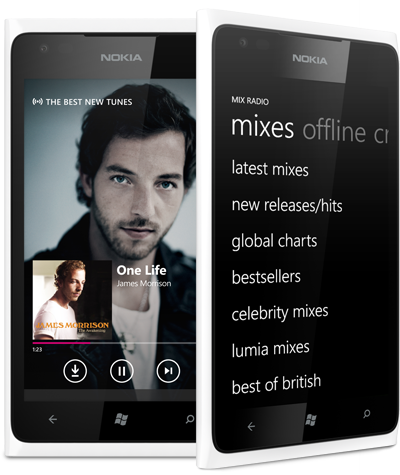 The Nokia Music app will also notify you of concerts and gigs happening in your area. By scanning your current location, using GPS services, Nokia Music will find and list live music events happening nearby. If you happen to find an event you’d like to attend, you can purchase tickets right within the app.

Nokia Music will also export the venue address for use with Nokia Maps so you can find its location or even use GPS tracking for directions.

Keep in mind too that all of these features are integrated into the Nokia Music app, so you never have to leave the app in order to do all this. There are no apps for iPhone or Android that can do these things, at least not any that come pre-installed on the phones. 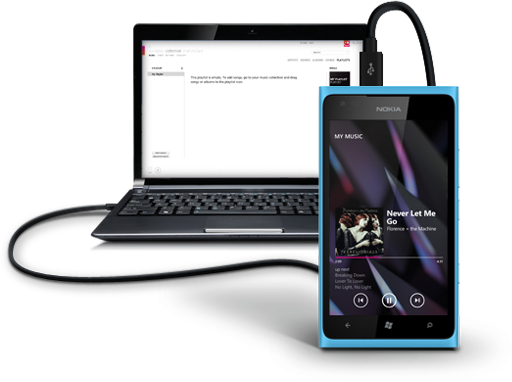 The Nokia Lumia devices run the Windows Phone operating system and have been highly praised by critics. The Windows 8 release is just around the corner (October 26), which means that a new line of Windows Phone 8 products will release soon too. If you don’t already own a Lumia phone, it might be better to wait for the new line of products.