As predicted by analysts, Nokia suffered another major quarterly loss. This means that the stakes for Nokia will be raised for the holiday season battle between the company and its rivals like Samsung and Apple. The two new handsets, Nokia Lumia 920 and Lumia 820, are company’s top range models and Nokia is desperate to make a comeback. In fact the survival of Nokia in the market depends very much on the sales of these two handsets.
The new additions to the Nokia family are powered by the latest Windows 8 OS for smart phones by Microsoft and there is stiff competition from the rivals like Samsung Galaxy S3 and Apple’s latest iPhone 5. 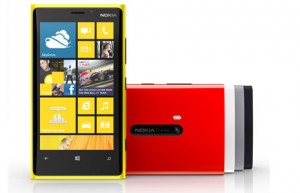 Stephen Elop, the Chief Executive of Nokia is in a do-or-die situation here as he will have to craft a very powerful marketing strategy and plan for these two mobiles now that the results of the loss have come out. In the last eighteen months, Nokia has surprisingly showed a sum in excess of 3 billion Euros as the figure for its operating losses. This is unbelievable because not long ago, Nokia was the world’s largest manufacturer of multimedia mobile phones, but the company suffered greatly at the smart phone front.

The company has its hopes pinned to the partnership it has with Microsoft for use of Windows Operating System. The company has high hopes from the OS software that presently constitutes only 3% of the market, unlike its rival Android that has in its pockets, nearly 70% of the market share. The third quarter of Nokia has been written off by most of the analysts as very weak for the company. Without the new models, there is no compensation of any sorts from the ever decreasing sales of earlier models that run on the legendary Symbian OS. 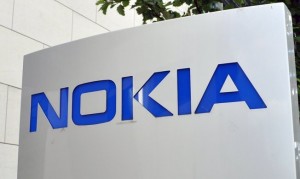 The Windows phones from Nokia have been predicted to have constituted a mere 2% of the sales of smart phones on the global level. Many analysts and investors think that the company will have to take drastic measures like changing the strategies and even the leadership if it is unable to show rise in the sales of Lumia phones by January next year. The launch of the two phones in the previous month was wobbly and investors were disappointed complaining about the lack of info on details like the price and carrier partnerships.

Another immediate threat that Nokia currently faces is the depleting cash reserves that have decreased by nearly a billion Euros in just three months. Nokia has cut costs and sold its assets like the popular luxury mobile handset brand Vertu but nothing seems to be working much in favor of Nokia. Nokia’s bonds too show that investors are concerned about the company now.