Last week, Microsoft unveiled Office 365 but unlike previous Office suites, this one is radically different. It is part of Microsoft’s wider strategy to move key services and application onto the cloud. Like Google, Apple, Amazon and others, Microsoft is taking unprecedented strides towards cloud computing, this is a remarkable shift for a company that has based its core business model on traditional offline services.

Instead of letting its critics write it off as a digital dinosaur about to go extinct, Microsoft has delivered a fine product that is in tune with evolving digital needs.

As its name suggests, the Office 365 package seeks to create a complete Microsoft eco-system for users.

This is a fully cloud integrated productivity tool. It allows users to communicate and collaborate across different devices and different locations. Microsoft is rolling this out as a pay-as-you-go service.

Provides a superb email and personal information management solution. Users will also gain access to 25 GB of email storage.  Microsoft is also heavily emphasizing on the security credentials of this service, which utilizes Microsoft’s Forefront Online protection to guard against viruses and spam. Like the other products, information can be accessed on a variety of different platforms (Mac, PC, Android, and RIM) and devices (Smartphones and PCs).

Serves as an online system for users to share documents and information with each other. SharePoint can also be used to build intranet and Team Sites.

Lync Online is a fully integrated communication system that features audio, video, IM and web conferencing features. You can also share screens and use a variety of other collaboration tools. Users will be using the Lync client but will also be able to initiate communication through Microsoft Outlook, Office SharePoint and other Office Applications. Integration with Windows Live Messenger is also possible.

This will feature Word, Excel, OneNote, PowerPoint and other standard Microsoft Office apps. Users will be able to view, edit and share Microsoft documents in their original format amongst different devices.

Office 365 for professionals and small businesses: This is adequate for an organization of up to 25 members. The package includes email, website services, free online support and month-to-month subscription. However, it does not include a dedicated IT staff. Monthly fee is $6 per user.

Office 365 for mid-size businesses and enterprises: This features advance IT configuration, Office Professional Plus, continuous IT administrator support and a choice between monthly and annual contracts. Enterprise plans range between $10- $27 for every user per month. Kiosk Worker plans are priced between $4- $10 per user.

Office 365 for education: This version is aimed at schools and universities and will include various productivity tools and IT support. 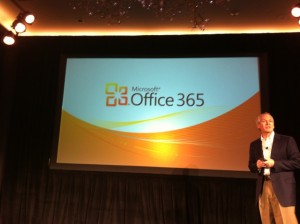 We all remember when Microsoft stunned investors by agreeing to pay $8.5 billion for Skype back in May. Well it seems Microsoft has big plans for the VoIP platform with Office 365. For now, Microsoft claims that Skype and Lync Communication tools will remain separately but closely tied.  This would mean that Office users could seamlessly integrate their existing data. This approach gives Microsoft a stronger hand when competing with Google’s integrated audio and video services. Skype will also be used for Windows Phone and Xbox and allow users to communicate across different Microsoft enabled devices.

By unleashing a cloud-based model, Microsoft is also taking on Google’s Apps for Business. 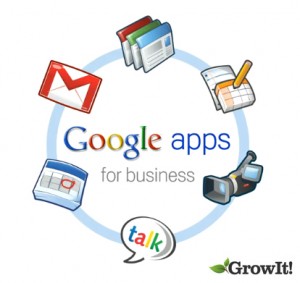 Moreover, the entry of Office 365 will actually help Google and consumers at large. This is because recently Google seemed like the only company embracing cloud computing and this has done nothing to convince more conservative users (who are also the biggest users of Microsoft products).

Now the cloud will definitely get attention that is more positive and will help raise awareness of Google products at large, which are now heavily cloud oriented. A good example is its latest generation of Chromebook notebooks.

From a consumer’s point of view, I am glad Office 365 is out there now because it brings much needed competition into the market. Both Google and Microsoft react very well to competition and I would not be surprised if we see better upgrades in the near future.

What do you think? Will Microsoft regain lost ground with Office 365? Would you opt for Google Business Apps or Office 365? Let us know!