Razer Aims For The Future

One of the best-known brands for high-end gaming devices, Razer, is now trying to break into the portable gaming console market with some truly remarkable concepts: Project Fiona and Razer Switchblade. Dedicated portable gaming consoles have become better and more popular over the past few years thanks to some remarkable improvements in hardware and a surge in demand. Serious competition from Android and iOS devices has also pushed manufactures to adopt new technologies in a bid to stand out from the competition.

One of the major advantages that portable gaming consoles have is the dedicated gaming hardware. However, the improvement in touch-screen technology and the vast array of add-ons available for smartphones and tablets will erode this advantage in the coming years. Thus, the challenge is to create a device that is as attractive as our favorite smartphones or tablets but far more capable to meet the requirements of the most demanding gamers.

Keeping that in mind, both concept devices developed by Razer, feature some genuinely innovative technology and bold designs, allowing gamers to experience high-end gaming similar to a PC while also providing an ultimate level of mobility. That last point is particularly relevant, since it would ultimately mean that these devices would be able to compete effectively with smartphones and tablets while also providing the same gaming experience you would generally expect to find on a PC or other high end gaming console. 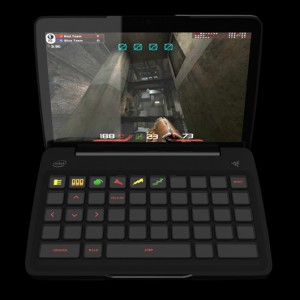 Importantly, the Switchblade will feature an Intel Atom Processor. As of now, it is designed to run on Windows 7. 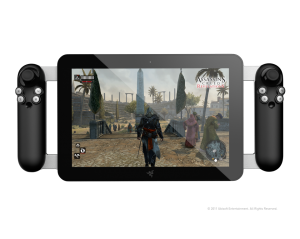 The highlights of Razer’s Project Fiona are the Intel Core i7 processor and the 10.1″ 1280×800 display. The system features a multitouch interface, two gamepads, and an array of sensors including 3-axis gyro, magnetometer and accelerometer, all of which put together will allow an unprecedented level of control in a variety of different gaming scenarios. In addition, similar to standard consoles, the system will also feature force-feedback. 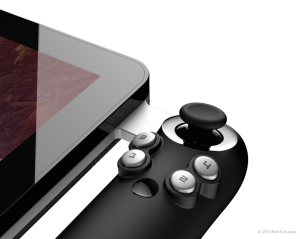 Razer has also devoted a lot of energy towards developing a superior audio system for the device, and as a result, to my knowledge, this is the only tablet PC that is compatible with Dolby 7.1 surround-sound, which will further help it to stand out from the rest of the competition. Project Fiona will also be WiFi (802.11b/g/n) and Bluetooth 3.0 compatible (a standard that is fast becoming redundant). However, unlike the Switchblade, it will not be 3G compatible.

Why the Razer Switchblade Stands Out

The Razer Switchblade looks like a mini-notebook, but that is as far as the comparison goes. Unlike a traditional mini-notebook, the Switchblade features a technology that incorporates a multi-touch screen with a dynamic tactile keyboard that actually adapts to the particular game currently played. In other words, the keyboard automatically detects a particular game’s interface and then projects the relevant command and control keys onto the mechanical keys. More importantly, the keyboard can also change during a game (depending on the game) and give you an entirely different set of controls depending on the situation. 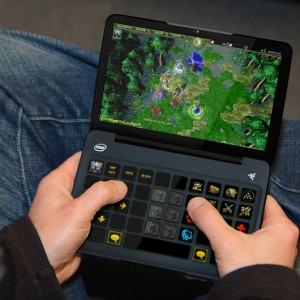 What is quite remarkable about all this is the fact that the visual elements are not from some standard format but instead, taken directly from the game so that you can instantly recognize them (e.g. DoTA screenshot on the right). Gamers will also have the opportunity to use Razer software to build their own custom profiles for their games or download them from the Razer website. The level of customization promised is pretty impressive as gamers will be able to generate the template designs with their own favorite artwork and then assign the keys or macros of their choice (animated keys and static keys will be supported).

Why Project Fiona Stands Out 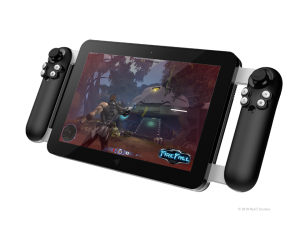 Three things make Razer’s Project Fiona stand out. First, there is the user interface, where the combination of dual controllers and a multi-touch screen make this an innovative portable gaming device. Then there is the “coolness” factor involved with whipping out a 10.1″ tablet PC with a dedicated gaming interface; no matter where you go, eyebrows will be raised, and mouths will drool. Last but not least, yet importantly, the Project Fiona promises the PC-level specs (e.g. i7 core) to provide gamers with full access to a variety of different games with virtually the same level of performance they would come to expect while playing on an above-average PC.

Since the Razer Switchblade is is still a concept design, we are still unaware of some significant details. Firstly, we do not actually know its name (Switchblade is the codename of the project and not the product). Secondly, we do not know about other performance elements such as memory and the battery (anything less than about 8 hours will be disappointing). Thirdly, we have no idea how much this device will cost. Finally, we do not know when the device will be launched (if it will be launched at all) because this is a concept design after all.

Like the Razer Switchblade, we don’t know the name of the device yet. In addition, we are not sure about other hardware elements like the battery, and this is arguably more decisive in this case considering the specs involved (more powerful processor, 10.1” touchscreen, etc.). We are also not too sure about the price of the product, but we can be quite sure that if this device hits the market within the year or so, it will face severe competition from rival iOS or Android tablets, many of which now feature accessories to facilitate more intense gaming. Therefore, anything that is more expensive than a high-end iPad or Android tablet may seem unattractive. 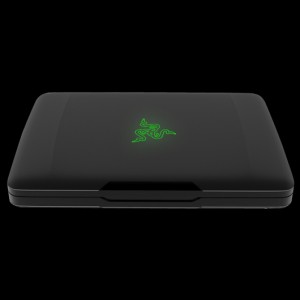 This Razer Switchblade is certainly an impressive portable gaming system, and I can confidently say that I have never seen anything like it before. The defining feature is certainly the gaming interface, which intelligently adapts to the game currently played. Now, while this gives it an edge over similar devices I am still a little worried that the processing power will not be enough to enjoy titles that are more demanding. That said, assuming the battery is satisfactory, for most games this will be a near-perfect alternative to the PC and in some cases it might even be a better choice, while also providing gamers with an unprecedented level of mobility. 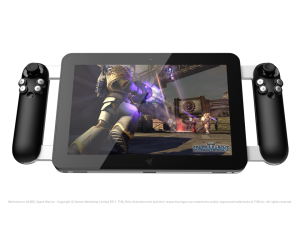 Razer’s Project Fiona brings intense gaming features to the most innovative piece of technology to emerge in recent years. It is combining the trusted interface of standard portable consoles with the futuristic tablet PC technology that is rapidly becoming a standard part of our daily digital lives. Equally noteworthy is the fact that this device promises to deliver superb gaming performance with components like the i7 processor.

However, this device will not be as portable as standard tablet PCs, and it is going to face some intense competition. If it can effectively compete against rival tablet PCs in terms of both price and technology, this will certainly be an enormous success. So how do you think the Razer Switchblade will compare to the Razer’s Project Fiona? Keep Reading!

When comparing Project Fiona and The Switchblade, let us first look at what both these devices have in common. Both these devices are innovative in the sense that they represent a new stage in the evolution of portable gaming devices. In addition, both devices are focused on bringing PC-level gaming to portable platforms. 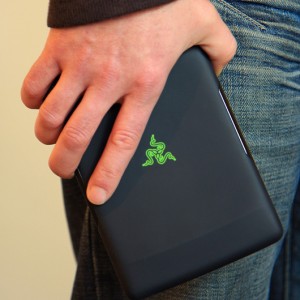 Yet there are key differences too and perhaps the most obvious one is the portability factor. The Razer Switchblade is obviously more portable due to it’s relatively compact dimensions and minimalistic design, which make it easier to carry around easily. Razer’s Project Fiona, on the other hand, might almost certainly require a special carrying case that could look rather bulky but let us not forget that it is going to feature a gorgeous 10.1″ screen.

The differences in the interface may also play a crucial factor when appealing to different types of players. The Switchblade’s dynamic keyboard is certainly going to appeal to a wide variety of gamers and seems to more adaptable to different types of games. Project Fiona, on the other hand, seems more specialized towards console-based games like first-person shooters and racing games, where the array of sensors and the dual gamepads can provide gamers with a more immersive experience. 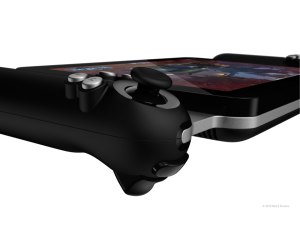 Finally, there is performance, where Project Fiona seems to do a better job and given its size, I think an i7 processor is a sensible choice. In fact, I could honestly imagine someone replacing and Xbox or PlayStation with this system (I’m not saying that this is a better option, but it is certainly possible).

The Switchblade, on the other hand, is more likely to complement rather than substitute a computer or a traditional gaming console.

What do you think about Razer’s concept devices? Would you prefer the Switchblade or Project Fiona? Let us know!