According to HP, the next generation of computer and PC memory technology could be arriving on retail shelves by mid “2013” thanks to the discovery of a new memristor circuit. Although HP has also stated that the arrival of next-gen RAM is 2013 is “not an official promise from HP as a company.”

The new memory technology, “ReRAM” will likely replace flash and DRAM based memory modules. ReRAM is designed using a new type of circuit called a “Memristor“, that was researched and utilized as computer memory technology by HP scientists. 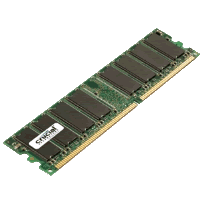 HP scientists will be describing their research and findings in a science journal called “Nanotechnology” and the feature will be published today (May 16, 2011).

Up until now memristors have been fully produced in labs, but Scientists have been unable to explain what was happening inside the modules while they were being utilized. The HP scientists have now completely mapped out memristor circuit chemistry and structure and they know exactly what happens inside during operation, which will translate to a greater performance increase when commercialized.mem

Stan Williams, a senior researcher at HP, revealed that before the discovery “we were on a path where we would have had something that works reasonably well, but this improves our confidence and should allow us to improve the devices such that they are significantly better”.

The History of the Memristor Circuit

Scientists originally thought that only three basic circuit types existed, the resistor, the capacitor, and the inductor; all of which are significant because circuitry is the backbone of memory functionality. In 1971 Professor Leon Chua, from the University of California, Berkley, conjectured that there might be a fourth circuit type. 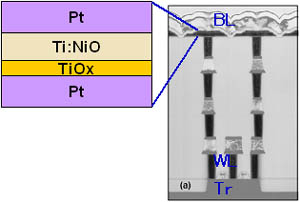 This new circuit type, the memristor, wasn’t proven to exist until much later in 2006 (published to the public in 2008), by HP scientists. Upon further studying these memristor circuit modules the HP scientists also discovered that they could alternate between two different electrical resistance and conductance types thanks to a combination with a thin strip of titanium dioxide.

Relating to computer and memory technology this dual resistance functionality can be used to represent the ones and zeros in standard binary computer code; which also means this new circuit type can be translated into a different form of computer RAM or memory.

The memristors are so small that HP scientists were originally unable to study their interior. But thanks to some new breakthroughs in research, which is what the latest science article will be about, the scientists have completely mapped out the resistance switching taking place inside the modules.

The scientists used focused X-rays to scan what they refer to as a “channel”, exactly 100 nanometers wide, which is where the resistance switching is directly taking place.

The focused X-rays allowed the scientists to correctly map out the structure and chemistry of the memristor circuit leading to a better understanding of how they operate and how they can be optimized.

The latest type of memory which will be created using memristor circuit technology is called ReRAM.

Most types of ram are “volatile” which means that after a device reset or power-off the memory loses all data. ReRAM is the exact opposite however (nonvolatile), and will be able to retain all stored memory data after a power-off. This could open up a lot of doors and options in the world of technology; and can be utilized by all types of computers and mobile devices.

HP has also built samples which allow memory storage densities of up to 12G bytes per square centimeter, which Williams said is “using a 15 nanometer production process and multi-level design”. This will ultimately translate to smaller module sizes with increased memory capacity.

So in only a few years time we could be seeing computer memory modules growing both smaller in size and more powerful at the same time. This is great news for the technology world and mobile device industry which is advancing at quite an alarming rate.

Source: The original article is hosted by Computer World and was written by James Niccolai; it can be viewed here.