“Ladies and gentlemen, the camera is reborn.” Yes, a Samsung Galaxy Camera! “We think it’s a new and essential tool for the visual communication era.”

Well, the crowd at Berlin went “wow” after the South Korean company unveiled the new Samsung Galaxy Camera immediately after the announcement of the Samsung Galaxy Note 2. Who said Android was only restricted to smartphones? The new Galaxy camera is powered by Android’s latest Jelly Bean, and it is the world’s first digital camera to feature Android 4.1

The all new Android Jelly Bean powered camera is, of course designed for Android lovers, and for those who wish to shoot, edit and share photos and videos on the go. The Samsung Galaxy Camera features a massive 4.8 inch HD clear SLCD display, with 1.4 GHz quad-core processor. The camera boasts of a 16-megapixel BSI CMOS sensor, optical image stabilization, and features a 21x zoom lens (23-483mm f/2.8-5.9 equivalent).

The interesting part is that the Galaxy Camera has in-built Wi-Fi 802.11 b/g/n, 3G as well as 4G Connectivity.  It has an 8 GB internal memory, a MicroSD card slot, which is expandable up to 32 GB memory. With a 1650mAh battery the device should get about 7 hours of battery life. 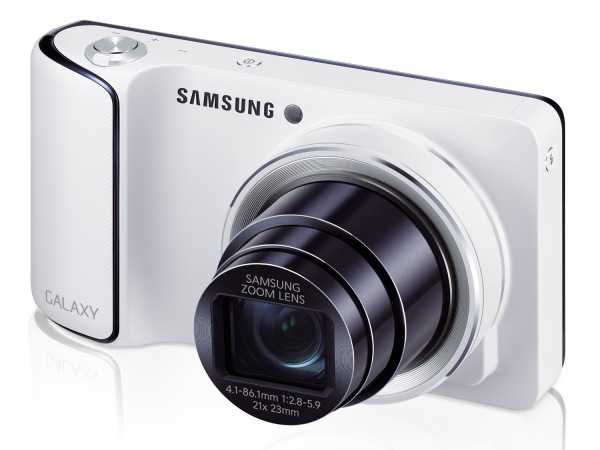 “When we first started work on Android, we envisioned building a smart camera that would take digital photography to the next level. The Galaxy Camera is an innovative product that speaks to the openness and flexibility of the Android platform.”

The Galaxy Camera runs Android 4.1 Jelly Bean and also includes the standard Google Play app store. Users can simply tap on the app from the home screen and the Galaxy Camera opens up the standard Android app shelf, for easy access to photo-sharing options like Facebook or Instagram. Additionally, the Galaxy Camera is capable of sending photographs via text or email. You can almost all the features that a smartphone offers, including playing games, surf the Web, however, you cannot make any calls.

Samsung’s Won-Hyoung Cho said one of prominent feature in the Galaxy Camera allows the user to create folders and tag faces easily, which other cameras do not offer. Additionally, you can save time by making use of the search tool to search through photos saved on the device by time, location, name, or face. Cho also added that the Galaxy Camera will also learn certain faces for easier tagging and creating composite shots. 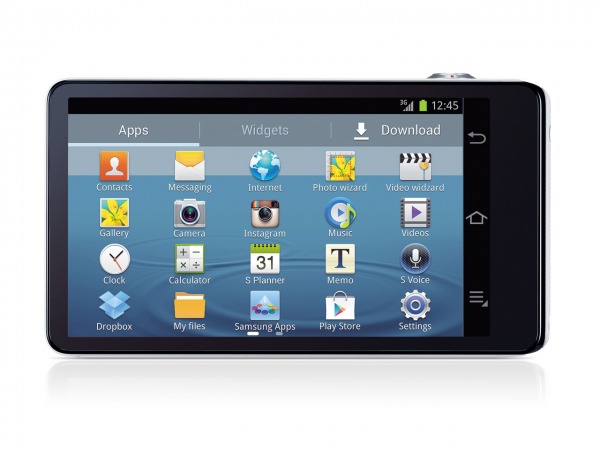 The Galaxy Camera is cloud enabled. That is, your photos will also be saved to the cloud directly, while the camera can connect wirelessly to other Galaxy cameras or smartphones for easy photo sharing.

Pricing and availability were not revealed, however, it will be sold by wireless operators in the fourth quarter of 2012.