Galaxy S4, Samsung’s latest flagship smart phone is a hugely improvised version of the S III that sold over a hundred million pieces in 2012.

Design Wonders
A sleeker S4 has a screen of 5 inches and feels light and less bulky than the S III. It is not only more refined than SIII but stronger, with a solid touch to it.

Hardware Matters
A Gorilla Glass 3 display of 1920*1080 Super AMOLED gives Galaxy S4 a fantastic resolution of 441 ppi. The processor is 1.9Ghz quad-core or 1.6 octa-core as per market requirements. Powered by a 2600 mAh battery, the Galaxy S4 runs Android 4.22 Jelly Bean and provides 2 GB of RAM. It is available in configurations of 16, 32 or 64 GB. Apart from having a microSD card slot, it is equipped with all the wireless connections like Bluetooth 4.0 LE, Wi-Fi and also GPS. Additionally, this phone can also be used like a remote control, having an IR port similar to Galaxy Note 8.1.

Cameras and Features Galore
As if the 13-megapixel rear camera was not enough, the Galaxy S 4 is dually equipped with a 2-megapixel front-facing camera! What’s more, both can be used simultaneously to take photographs or record videos using the dual camera option. You can either use the second camera in an overlay mode to superimpose on to the camera screen or use the usual side-by-side mode. Moreover, you can even make video calls while continuing to use the same camera positions.

The camera software too has been upgraded in the Galaxy S4 and facilitates different modes for shooting a variety of shots just like with the Galaxy S Camera. A special feature of the phone is that users can create and save cinematograph-like images using the Drama Shot mode and save them as animated GIFs.

If you have been on a memorable trip and would like to have reminders of it, this phone helps you create ‘story albums’ using your geo-tagged information. Apart from virtual reminders, it even lets you print them! 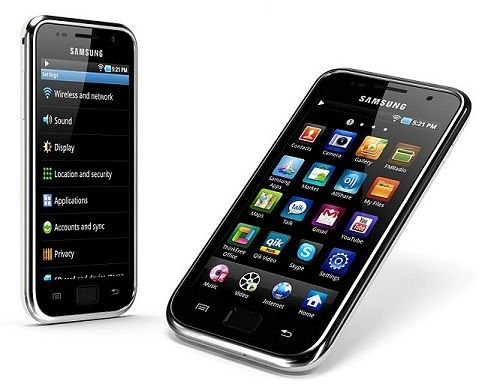 Some More Gestures and Features

Samsung has incorporated some gestures and features from the Galaxy Note line. The Air View feature lets you linger your fingers over content in apps like Flipboard to preview the content before shifting screens.
With the Air Gestures, you can navigate and make voice calls without even touching the screen! These are Kinect-like gestures.

Galaxy S4, with its Smart Pause feature, can pause the enabled app videos you are watching when you turn away and resume when you return. Its user-friendliness extends to helping you control the content with its Smart Scroll feature, for example, you can scroll both the browser and email without even handling the screen. All these features work through mere facial recognition and wrist gestures! No eye-ball tracking here.