SIO Interactive has released a newer version (2.0) of their pre-developed SIO2 mobile game engine. This will allow more of the independent and small game developer teams to begin work with an advanced mobile development platform. The SIO2 engine drops iPhone software development directly into small developer and home consumer laps.

The SIO2 mobile game engine is a universal OpenGL ES 1.X/2.X mobile game development platform designed for light commercial and small consumer use. It is more specifically designed to compliment single, or small teams of, developers who wish to create and sell mobile applications.

The SIO2 game engine supports universal iOS and iPhone development (Windows, Mac, Linux) as well as Android, webOS, and bada. The official site even claims to allow full development on a WIN32 platform.

The latest version or upgrade adds advanced support for collision detection, skeleton animation, soft body physics, material/texture and lighting features, a unique bullet physics engine, integrated AI path-finding, full networking support, and OpenAL audio. All of which would obviously require individual coding when designing a mobile game engine from scratch. The inclusion of these features will allow more independent developers to jump right into what matters most: creating games.

The official SIO2 software API has also been significantly improved as SIO Interactive is boasting a much more responsive, and faster overall development experience. The original SIO2 engine reaped benefit from a more responsive user interface, so hopefully the upgrade will produce an exquisite speed boost. 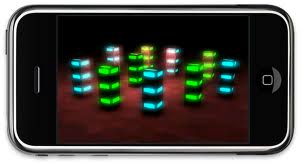 The SIO2 game engine SDK and legacy versions of the software are available for download on the official site for free. However, full commercial licenses for game and application distribution starts at $365. It is worth noting that the SIO2 source code is available alongside additional programming options which can be purchased with or without commercial licenses.

As is custom with most development kits, the SIO2 platform will not allow public distribution support for non-commercial versions of the SDK software.

We have created a forum thread on the new version of the SIO2 development platform! Please register and come join the discussion. Let us know how you feel about the latest mobile development software. Have you used the previous version of the SIO2 software? Are you going to use the new SIO2 version or migrate work from an alternate platform? Is there another mobile development platform that you prefer over SIO2? Please visit the forum discussion and let us know your thoughts in this thread!