Chances are relatively high that if you’re a geek, or an entertainment aficionado, then you know what a Slingbox is. We’re sure there are more people out there that know about the Slingbox, but the point here is that it was designed for a niche market.

The Slingbox is a streaming device that connects to several other home entertainment devices and allows you to view content via an active internet connection. More specifically, you can remotely watch cable, or content from other input devices, while you’re away from home.

Obviously because of copyright issues, only one user can be logged into Slingbox at a time viewing content. If this were not the case, then users could simply allow anyone to watch through a single cable subscription by just using the internet. This process is known as “placeshifting,” because you are essentially just shifting the place where the material is broadcasted.

Naturally, Slingbox is perfect for those who travel a lot. With a Slingbox connected in your home, you can access your cable subscription content, home entertainment devices and more from anywhere just by using your laptop, tablet or mobile device.

Finally, Sling Media has unveiled some new products, the Slingbox 350 and the Slingbox 500; two new place-shifters that essentially improve upon the same old Slingbox concept.

It’s kind of hard to give the aesthetic design of the new Slingbox models praise, simply because of how strange they look. We’re not here to endorse the way they look though, we’re here to talk about what they can do!

The Slingbox 350 will replace the Slingbox Solo, priced conveniently at $179. It includes all the same features as the Solo, except the 350 includes an IR blaster and 1080p HD streaming support.

The Slingbox 500 includes Wi-Fi (something the 350 doesn’t have), 1080p HD support and an HDMI input/output. The HDMI output on the Slingbox 500 is also capable of displaying pictures and videos on a TV screen.

Two relatively new features include the SlingPlayer apps support for mobile devices and SlingProjector. With SlingProjector, you can take your photos stored on your Android or iOS device and stream them to your television. Of course, there are plenty of other devices on the market that will allow you to do this so we’re merely considering it a bonus feature. In other words, you wouldn’t get a Slingbox just to stream personal photos and videos to a TV, you’d buy it to watch your content anywhere.

Aside from the obvious price difference, there is a difference in features between the two models. 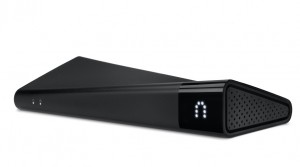 The Slingbox 500, understandably, includes more features than the 350. One of the biggest differences with the 500 is that it comes with a remote control. Currently, the remote control can’t be used for much as you actually set up the Slingbox products through a web based interface, but there is an optional TV-based setup process for the 500.

In the future, the Slingboxes will be updated to play content stored on a USB drive or other internet based content like Netflix or Hulu. When that happens the remote control will be perfect for navigating and interacting with those services.

Additional features that separate the 500 from the 350 are the following (these features are included exclusively in the 500):

The Slingbox 350 and Slingbox 500 are Available Soon 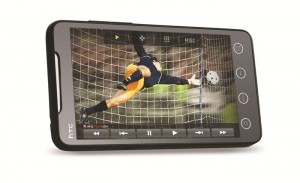 At this point in time, we wouldn’t necessarily imply the added features of the Slingbox 500 are worth the higher price, but eventually when Sling Media updates the device it certainly will be. The first Slingbox products were certainly revolutionary, and although they aren’t considered useful for everyone, they did satisfy a niche market remarkably well.