Capcom is set to release one of their most interesting fighter hybrids to-date on March 6. Street Fighter X Tekken is the latest crossover fighting game in production by the video game development franchise and it looks to be one of the most innovative fighters ever produced.

Rather than duking it out in the gaming market, Tekken producer Katsuhiro Harada and Street Fighter IV producer Yoshinori Ono have joined forces; leaving the competing to gamers. 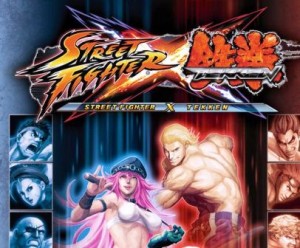 The chasm between play styles of Street Fighter and Tekken is bridged for the first time and promises its own unique gaming experience. Rather than implementing Tekken characters into the Street Fighter template, Street Fighter X Tekken has been fully redesigned in an effort to maintain the essences of both classic fighters. The 3D gameplay of Tekken has not been implemented; only the character graphics are three dimensional. The fighting will be in the traditional 2D style that has been used in previous Street Fighters. 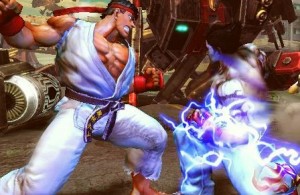 Capcom has worked ambitiously to extract all of the most vital components of both favorites and implement them into their upcoming release. Coupled with new enhancement elements and a redefined gamer experience, Street Fighter X Tekken is sure to be a welcome fighter for fans of both games. Although the game is predominantly Street Fighter, the Tekken aspects of charge counters and intricate combo attacks have been included to satisfy Tekken fans.

Street Fighter X Tekken will be available on both the PlayStation 3 and the Xbox 360 (a PS Vita version will be available, as well). Capcom has attempted to make the game appealing to veteran gamers and newcomers, alike. The game features over 30 different fighters gathered from the previous versions of both classic game franchises. In addition to its classic features, SFxT also has some new surprises in store for gamers.

In order to add the customization that players demand from contemporary games, SFxT has incorporated a gem system. The gem system gives players enhancements in two separate facets: boosts and assists. What do the gems do, specifically? Here’s a general breakdown:

Boost Gems – Boost gems are as they sound: they give you boosts to various attacks and defenses. Boost gems are activated based upon specified actions that occur during gameplay. One of the gems, for example, gives you a 10% increase to defense for a short time period after you have been struck by two special moves.

Assist Gems – Assist gems give players help when they require an added surge of power. One of the functions of the assist gems is to give new players the ability to perform special moves more easily. They have their drawbacks to level the playing field. Using an assist gem may give you an easy action, but it will cost you some of your energy.

The new Cross Rush System that SFxT employs is ideal at keeping the button-pushers from getting any cheese victories, in theory. How does it work? The Cross Rush is a combo initiator that allows attack sequence to begin by simply pressing attack buttons in sequence. When properly executed, your character will start a combo and then tag in their complimentary player to damage your opponent. The failsafe that has been put into place is: if the Cross Rush is blocked, you will be exposed to be pounded on by your opponent. 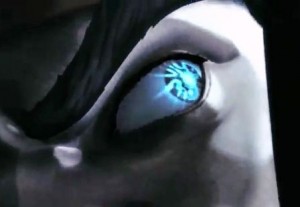 The Cross Arts and Cross Assaults allow players to perform devastating special moves or tag in their partner so that their special move can be cast. The Cross Assault allows both you and your partner to engage the enemy simultaneously. The mechanics are not too dissimilar from those of previous Capcom fighter games; except that the motion of execution is much more fluid than previous games.

Another new addition to the game is the Pandora mechanic. This allows you to tag in your partner by sacrificing one of your team members that is low on health. The Pandora is basically your last option for victory if the match isn’t going your way. It is best employed with the proper gem use and timing, as it only last for a short time period.

All of the game modes that were available on Street Fighter IV are present in the new game, but Capcom has added some special options to make online gameplay more appealing. There is a Briefing Room that allows players to train with your characters while you await the next battle; so rather than sitting idly, you can continue to hone your skills in between matches. This new Capcom release also has a four-player Scramble Battle mode; allowing for an exciting, chaotic brawl with friends.

When two of the greatest fighter games come together, the result can only be favorable. With characters from Street Fighter, Final Fight & Tekken, it is difficult to imagine that Street Fighter X Tekken will be anything less than the most versatile and dynamic version of all Street Fighter’s or Tekken’s releases thus far.