Mobile apps sure make life a lot easier. They streamline your calendars, keep you entertained while you are stuck in queues, and provide a social experience on a whole new level. The average mobile is now so dependent on apps that it’s a part of the mobile experience now. But any shortcomings of the app are not easily placated. In these current times when even ‘taking the dog for a walk’ or ‘ordering a pizza’ are tweetable activities, nothing is hidden for long from the internet. Sooner or later any glitch ends up as somebody’s tweet for everyone to see. Users never shun complaining about an app’s glitches.

The usual dredging of the twitter-sphere gave me the opportunity to determine common complaints that users face with certain apps. These complaints in no way reflect badly on the apps but need to be taken as positive and constructive criticism. It’s all for the greater good wherein the user gets his little grievances answered. We hope developers take heed and improve app user’s experience.

An average e-mail client user spends a little over a quarter of his day checking mails. Anything more than that is simply a waste of possibly productive time. An old acquaintance using a similar app to what you are using shouldn’t be an appropriate e-mail notification. The apps should filter these notifications to include only your very close friends or people you are in regular correspondence with. Simply spamming is not the solution, but a way to keep these mails as unimportant and at the bottom. 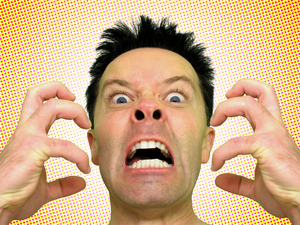 Many apps push unwanted and completely irrelevant notifications sometimes. These notifications not only hamper the app experience but also become a constant unwanted reminder for something that is not relevant anymore. Granted, we all like to be notified what our close friends are doing in the cyber social vortex but getting a notification every time they upload or share a photo is very irksome.

Push notifications sometimes annoy you even more by being delayed. The point of a push notification is rendered moot when the news is not new anymore.

Consider foursquare in which notifications pop-up based on your location and any reminders you set for a particular location. Thus it’s a contextual, timely and actionable pop-up.

Developers sometimes tend to lose heart in app or simply run out of ideas about what to do with it. This stalemate results in developer abandoning the app without further updates. The loyal users are left frustrated because they wish to keep using the app, but its buggy now.

Rating an app will give other users an account of how the app experience was and thus it helps push downloads. But sometimes, when you are in a hurry, may be just checking the weather before you go out, you don’t want to be redirected to rate an app. This glitch also extends when you delete an app. Apps which ask for reviews on deletion have completely lost the point. If the user was likely to give a favorable review, you wouldn’t delete the app in the first place.

On an average, users only use about 20 apps regularly. The other apps are mostly downloaded and forgotten. I just don’t see the logic in having to share our private data on Facebook with them. There simply is no gain in linking the data to your Facebook account, but the apps still persist!

Full screen pop-up ads are a major hindrance to any naive app user. Users usually quit these ads, but an accidental press sends them to the app marketplace or the browser page related to the advertisement. This can be quite an 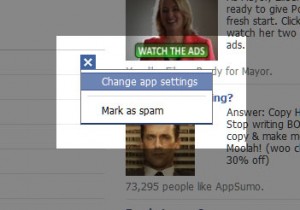 interruption. The task at hand is held up and causes a bother. It sounds like a small issue to be fussing about but killing efficiency in this way isn’t the ideal way to persuade people who are downloading your app.

These can be invasive and cause interruption, especially when the user’s preferences are set otherwise. It’s not all about the money. Making revenue is all fine, but it is certainly not worth annoying any existent user base that the app has.

Every user is not comfortable reading the font size 10. So, zooming is an essentiality. Also, users wouldn’t like to drag across the screen manually. The text should be wrapping so that a user reads each sentence clearly. The future lies in responsive designing.

With so many advances in mobile technology, is it too much to ask for retina optimized apps? The technical details and pixel quality of the retina optimized apps are something different. And having had a taste of that, nobody would like to settle for non-retina apps. iPhone, it’s time to make the change.

As I said in point 4 above, users are not very glad when developers request a review. Imagine how pleased or otherwise they will be when they are invited to follow the company’s updates on twitter or Facebook ‘like’ it. I wouldn’t want Farmville posting updates on my wall about my cow purchases or other additions to my stupid imaginary farm.

These are a few small things that users generally complain about. Tweak these little things around and see how that works out for your app.