We’re here to talk about yet another budget tablet running the latest version of Android, Jelly Bean. We know, we know, it seems like it is one of the only things we talk about now, but we digress.

Budget tablets have to face some serious competition now, considering all the leading names have finally begun to issue their own wallet-friendly devices. Some of the better budget tablets out there, or at least the ones worth mentioning, include the Google Nexus 7, the Kindle Fire HD, The Archos 101 XS, and the Archos Gamepad (specifically for mobile gamers). Do not think this a comprehensive list by any means, as there are dozens of budget tablets on the market that are more than adequate devices.

Regardless, we’ve got one more tablet to add to that list, but something tells us that it will not be the last. Today, we’re talking about the Ainol Novo 7 Crystal tablet. 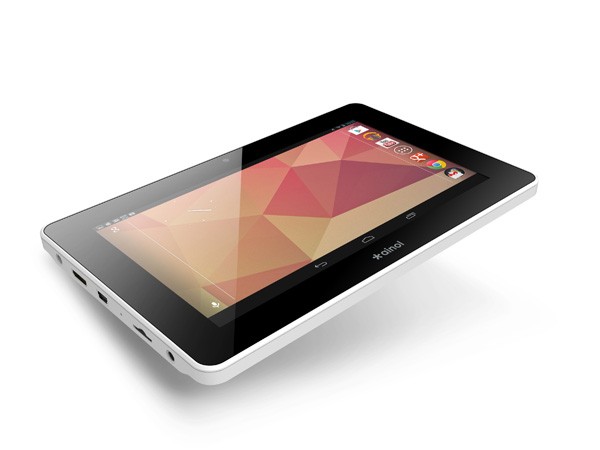 Despite the giggle-inducing brand name of Ainol, the Novo 7 Crystal moniker is not so terrible for a budget tablet. In fact, the name itself almost sounds grandiose. Keep in mind though, that since this is a low-end device the features will be anything but extravagant. 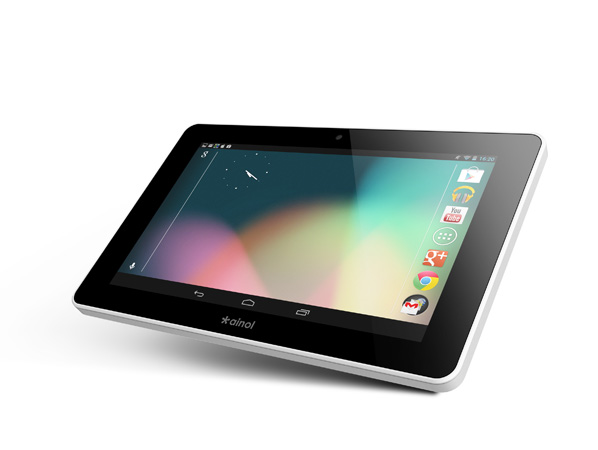 A 7″ capacitive touchscreen display (IPS) supports a maximum resolution of 1024 x 600. The IPS panel display means that the screen will have some excellent viewing angles, another feature that is not common in low-end tablets.

The Novo 7 Crystal is powered by an AmLogic dual-core 1.5Ghz processor (8726-M6 Cortex A9) and a Mali 400 quad-core GPU. Even better is the 1GB of installed DDR3 RAM in the Nova 7, which is growing more popular in the mid-to-low end tablets. In the past, budget tablets have generally shed RAM capacity to make up for the price.

The Novo 7 Crystal also includes 8GB of internal storage, and the option to expand a bit thanks to a microSD slot (up to 32GB). For now, the Novo 7 Crystal is Wi-Fi only (802.11n), but there is mention of a 3G modem, or at least mention of room for one onboard.

Additional features include a mini-USB port, a 2MP front facing camera, an integrated 3 axis gravity sensor, and a mini-HDMI output.

All These Features, One Affordable Price

Okay, so that title sounded like the tagline to a commercial but it is true. The Novo 7 Crystal includes a plethora of features that are generally not found in budget tablets. Before delving into what features are not typical, we’ll outline the price.

The Ainol Novo 7 Crystal can be bought for a mind numbing price of $129.90. Phew, that price actually is kind of unsettling. Although, the real measure of the Novo 7 Crystal’s value will depend on how the device actually performs in the wild.

The Novo 7 Crystal includes a 2MP front facing camera for use with Skype and other video chat software. That also means you can capture photos when you’re out and about, although you will look a little silly using a 7″ tablet to do so.

As we mentioned in the section above, the IPS panel allows for wide viewing angles (180 degrees), which means you don’t have to keep the tablet directly below your eyes to get the best image. IPS display panels are more common in more expensive, and upper end, tablet models.

Another feature, not usually found in budget tablets, is an independent GPU, of which the Novo 7 Crystal includes in the quad-core Mali variety.

As it stands, this baby looks like it is certainly worth the $130 price tag.

When Will the Novo 7 Crystal Be Available? 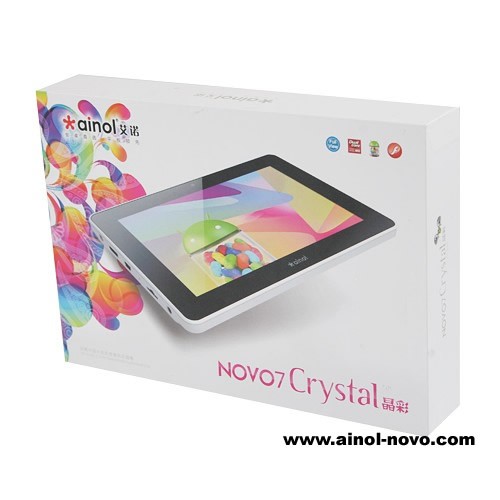 The Ainol website says that the Novo 7 Crystal will launch sometime between September 28th and 30th, 2012. Currently the availability is listed as “out of stock” but that is probably just because the device has not been released yet.

Ainol excepts payments through PayPal, Western Union, or an electronic wire transfer. Either way, $130 isn’t an amount to cry over, especially when you compare it to the price of some of the other tablets on the market. The Novo 7 Crystal offers features that are comparable to a $500 tablet.