Tablets, tablets, tablets, they are everywhere. Tablets are the latest fad, at least in the tech world. Unlike most fads though, tablets are useful and can increase productivity, in most scenarios. Don’t think your employers don’t know about those mobile games you love to play in your down time, they didn’t fall off the turnip truck yesterday.

Tablets are effective, powerful, and most of all convenient. Why lug a hefty laptop around, when you can do everything you need to on a thin, and quite elegant, tablet?

Sure, there are some fundamental issues with tablets, namely the touchscreen interface that isn’t always type friendly. Most people still have a difficult time typing out emails, and reports on a touchscreen device; hence, the need for a compatible keyboard.

Most tablets include an optional keyboard available to purchase as an accessory and the new Microsoft Surface tablets even have a keyboard built right into the case. Unfortunately, there aren’t many options when it comes to purchasing a tablet with a keyboard out of the box.

Archos has recognized this problem and has developed the 101 XS. 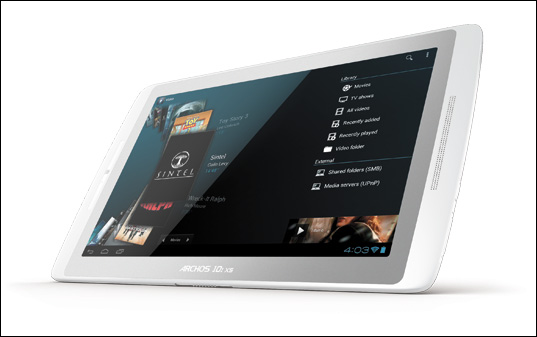 The Archos 101 XS Brings a Keyboard to the Party 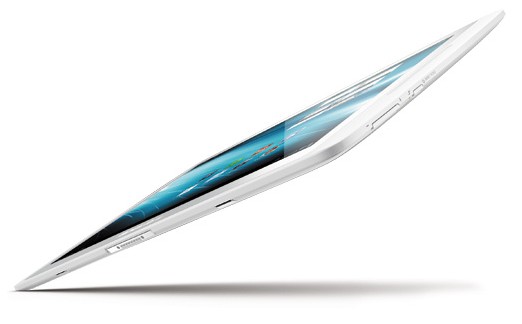 Unlike other tablets on the market, the keyboard is essential to the 101 XS design. It is not an accessory, like what can be found in the ASUS Transformer series, but rather an extension of the actual device. Of course, the keyboard doubles as a case and does a superb job of protecting the screen.

It is a full QWERTY keyboard, but it also includes hotkeys for basic Android functions like home, back, and shortcuts to recent apps, the notifications window, and the apps tray. The keyboard attaches directly to the tablet and includes a kickstand to help prop it up when typing.

Keep in mind, however, that this is a tablet sized keyboard which means the keys are small and cramped. That means there is a learning curve for typing on this QWERTY, just like there is with using physical keyboards on mobile phones.

That’s enough about the keyboard though, let’s move on to the meat of the tablet- the hardware. 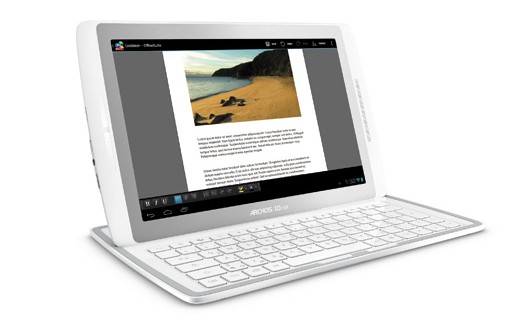 For software, the 101 XS is running Android 4.0 Ice Cream Sandwich, with no word yet about a future upgrade to Jelly Bean.

The 101 XS also offers 16GB of internal storage and is outfitted with a microSD card slot for expansion (up to 128GB), just in case you need more storage for media and such. Additional external ports include a proprietary USB 2.0 connector, a mini-HDMI output, and a 3.5mm headphone jack. Of course, we won’t forget to mention the inevitable Wi-Fi and Bluetooth 4.0 support, which is essentially a given with most tablets these days.

A 1.3 megapixel front-facing camera allows you to video chat (in full 720p), or capture images of yourself when on the go. The camera is oddly placed on the left side of the device, and its easy to cover accidentally when holding the 101 XS in landscape mode. Still, it’s a fully functioning camera on a relatively inexpensive device, and is something the Google Nexus 7 does not have. 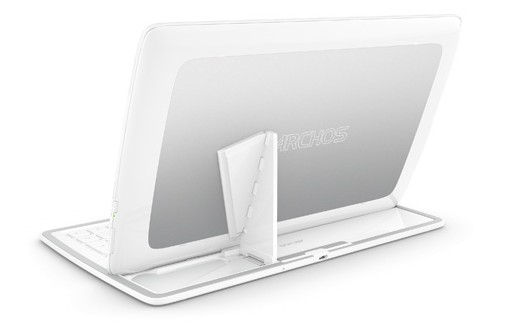 When Will the 101 XS Be Available? 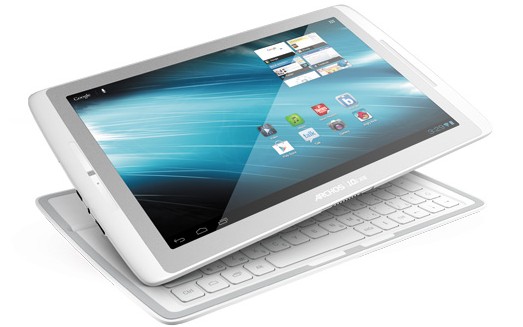 The 101 XS is a little on the pricey side when you compare it to current models like the Google Nexus 7, and the new iPad, and the upcoming Microsoft Surface tablets (which also include keyboards integrated into the case).

That being said, the Archos 101 XS looks to be a more than capable device and will surely fit into a niche market of users who want to buy a tablet with out of the box keyboard functionality.