If you’ve never played the Bard’s Tale before, then you’re in luck, because it was recently re-released for Android via the Google Play market (and iOS too). It will also be available via the NVIDIA Tegra Zone marketplace soon.

The NVIDIA Tegra Zone marketplace includes games that are developed for use with the latest Tegra equipped tablets and phones.

The Bard’s Tale is certainly a classic action RPG, worth playing on any platform, let alone the new touch-sensitive version for tablets and smartphones.

Since we’ve already mentioned that Bard’s Tale is a game worth playing, and it most certainly is, we’ll move on to what it’s all about. 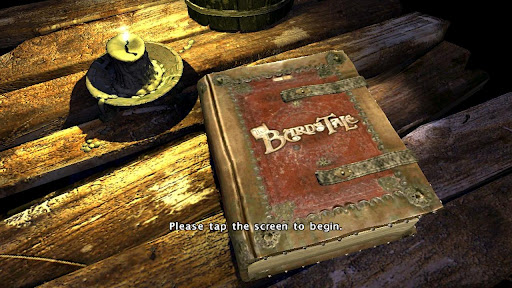 Before we start, it’s worth mentioning that the Bard’s Tale is not a game that takes itself seriously. In fact, it is quite the opposite with Bard’s as the humor is often sarcastic and tongue-in-cheek.

Although, thanks to it’s humor, the classic Bard’s Tale holds its own, when compared to modern games, and will be more than entertaining for newcomers.

The Bard’s Tale was originally released in 1985 and was later re-released for consoles in 2004. Many of you may know the voice of the Bard, which is done by Cary Elwes (from the Princess Bride and the first Saw).

The story takes about 20 to 30 hours to complete, but that, of course, depends on whether or not you stick around playing it on your tablet or smartphone all day. It follows a rogue on his journey to save the world from a looming evil. As you can see, the story is pretty generic and is filled to the brim with RPG genre clichés. 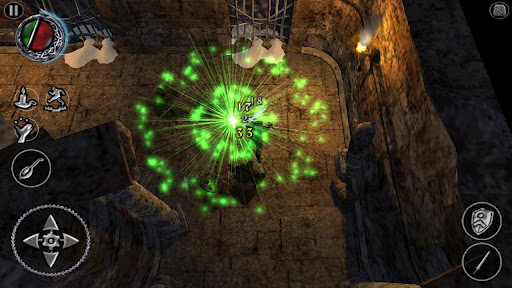 It is in the gameplay mechanics that Bard’s Tale shows its age. The top-down action RPG gameplay was not particularly strong when the game was originally released. Now, many years later, nothing has changed as the gameplay can be quite frustrating, to say the least. That’s no reason not to pick up the game though, because the story alone makes Bard’s Tale worth a playthrough.

Combat is pretty much what you would expect from a top-down action RPG, with various melee and ranged weapon styles available. To take down foes you use a set of shallow combos, which can actually be executed via the touch controls easily.

A core part of combat and gameplay in Bard’s Tale involves the Bard’s summoning skills. As a Bard, you can assemble a plethora of support characters to aid you. When the game first starts, you only have a select number of characters that you can call upon for aid. Later in the game you gain support from more companions, which can be summoned using the Bard’s unique skills. The latter portion of the game’s strategy involves choosing the right companion for different scenarios.

Bard’s Tale For Android is Not Without Its Flaws 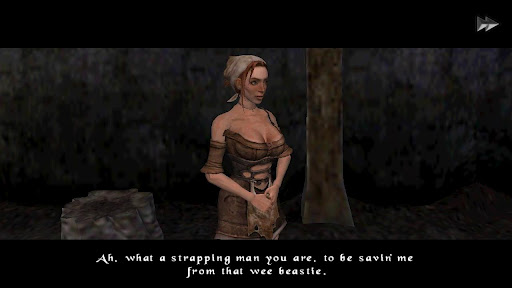 The original Bard’s Tale for consoles and PC was not perfect, and neither is the new touch-friendly version. There are a few problems you will encounter while playing.

The Bard’s Tale does not feature a “save anytime” option, which means that the game is only saved after reaching specific checkpoints. That means if you run out of time while playing, or die before you get to a checkpoint, you can’t just load a previous save. While this issue does not constitute a serious threat, it can certainly be a nuisance so its relevant to note.

Bard’s Tale is not just a hack and slash title, instead it employs the use of general strategies. Enemies will make short work of you if you’re in the habit of running around aimlessly attacking everything in sight. You have to organize and manage what companions are in use, and check what they are doing while you are fighting. Stronger enemies just excessively use knock back skills and abilities to drain your health and suspend your attacks. 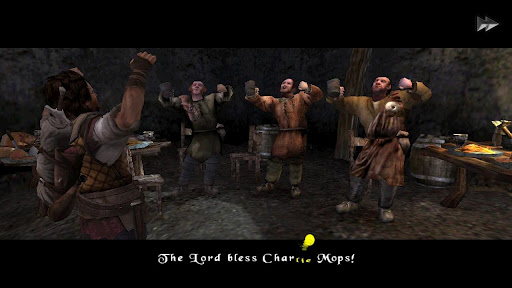 Bard’s Tale is available now to download via Google Play for $5.99. It will also be available soon via the NVIDIA Tegra marketplace for those with Tegra equipped devices. There’s no need to feel left out if you’re an iPhone user, because an iOS version is also available, priced conveniently cheaper at $4.99.

If you’re interested in playing more games on your mobile devices, be sure to check out the following:

The Best Mobile RPGs for Android