Amazon unveiled their new line of Kindle eReaders and Tablets, and they were certainly extraordinary, to say the least. Kobo fired first by unveiling their new EReader models, hoping to get a head start before Amazon took over the market. It stands to reason then, that Barnes and Noble will soon announce their new Nook models.

We’re expecting very powerful things from the new Barnes and Noble Nook models. With the previous generation, the Nook Tablet actually beat the Kindle Fire concerning features and price. The build quality and display, of the Nook, were even superior to Amazon’s premiere product.

It will be fascinating to see if the new Nook Tablet models are still superior to Amazon’s new Kindle Fire 8.9 HD 4G, and Kindle Fire HD.

Barnes And Noble Unveils The Nook HD And 9″ Nook HD

Barnes and Noble actually unveiled three new Nook models if you include the Nook Simple Touch, but we’re just going to highlight the Nook HD and the 9″ Nook HD. 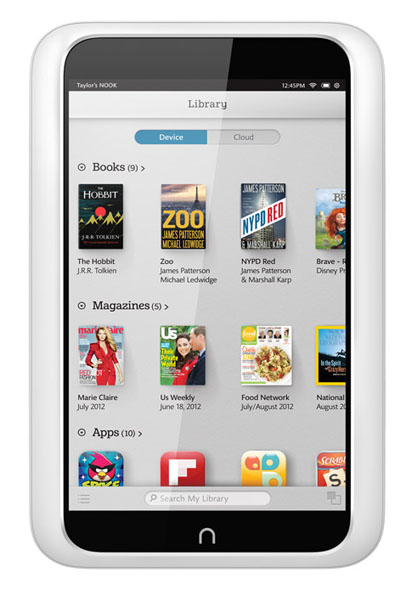 The Nook HD is Barnes and Nobles true successor to the original Nook Tablet. It is a 7″ tablet that weighs about 11 ounces.

Of course, the Nook HD also has a 3.5mm stereo headphone jack, an HDMI output, and integrated Wi-Fi. An accelerometer ensures the Nook HD will work with apps, and games, that support tilt and screen rotation.

The Nook HD has a rated battery life of 10.5 hours while reading, and 9 hours when playing video consistently.

It is worth noting that the Nook HD does not include a front or rear camera, GPS functionality, or an ambient light sensor for automatic brightness adjustments. 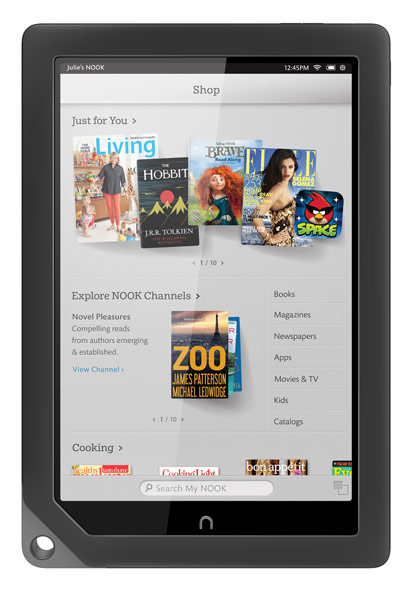 The 9″ Nook HD, or Nook HD+, is Barnes and Nobles attempt at an actual tablet-sized eReader device. It is capable of displaying 1080p HD content at a resolution of 1920 x 1280 at 256 PPI, which means the HD+ supports true high-def.

The Nook HD+ is powered by a 1.5GHz dual-core OMAP 4470 processor, 1GB of RAM and a PowerVR SGX544 384 MHz GPU. As you can see, it is slightly faster than the 7″ Nook HD. The Nook HD+ is also equipped with the same extra features as the Nook HD, which are all listed above. It is worth noting that the Nook HD does not include a front or rear camera, GPS functionality, or an ambient light sensor for automatic brightness adjustments.

Currently, Barnes and Noble is taking preorders for all of the Nook HD Tablet models, and the Nook SimpleTouch. The first units will ship on November 1st, 2012.

It looks as though, when merely considering the features, the Barnes and Noble Nook HD tablets will beat Amazon’s Kindle Fire models, again. Although, we won’t be able to provide a proper confirmation until we’ve got our hands on the new tablets.