Introduction: The Best Games of 2011

Last year, gamers were blessed with a superb range of games from action to strategy on multiple platforms such as the PC, PlayStation, Xbox, Nintendo, etc.

Something I personally liked was the remarkable level of depth and entertainment most of the best games of 2011 displayed; a fact well represented in the earnings these games were able to generate.

The huge surge in computing power has allowed developers to create bigger, better and more powerful games with stunning visuals and complex game play. For the hardcore gamer, things are certainly looking good.

The following is list of the titles that really won our hearts and minds. At first glance, it seems that a lot of action and role-playing games have managed to capture the top spots and this is not entirely surprising owing to the quality and popularity of some of the big titles. However, a number of strategy, puzzle and racing related games also managed to score very well.

Owing to the vast difference between the games, I haven’t really ranked them in any particular order. However, please do feel free to vote and share your opinion. 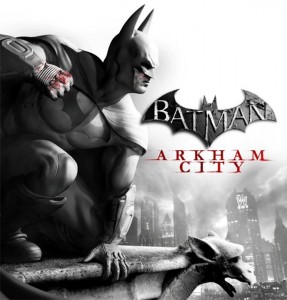 Batman Arkham City arguably tops the list of best games of 2011 but that is my personal opinion. As a sequel to Batman Arkham Asylum, Rocksteady Studios, managed to meet and exceed the huge expectations of gamers around the world. While featuring a nearly identical gameplay, Arkham City introduced a number of tactical enhancements, gadgets, and an awesome collection of Batman’s greatest villains. As a result, Arkham city was not only more challenging than Arkham Asylum but the entire game was wrapped in an intense plot that made every moment of it absolutely thrilling. In addition, the depth of the characters and the collection of sub-plots managed bring a completely new dimension to the Batman Universe.

This sequel not only made it to the list of the best games of 2011 but also managed to grab a spot in the record books as the biggest entertainment launch of all time, after grossing $400 million in the US and UK alone within the first 24 hours. The game picks up from where COD:MW2 left-off and features combat in some of the world’s greatest cities including New York, London and Paris. The game delivered stunning visuals, new weapons and tactics, and access to a wide range of environments that provided a stunning level of realism. Of course, the single player campaign was relatively short but the cooperative and multiplayer modes were extremely challenging and exciting. 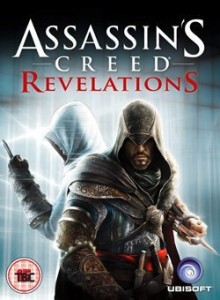 This was the final game featuring the Assassin Ezio Auditore. The gameplay was essentially the same except for a few notable improvements regarding combat. A new set of weapons especially the introduction of bombs made the game far interesting. In addition, I personally felt the game was more challenging than the previous one, Assassin’s Creed: Brotherhood. However, while the game still had the power to awe, the plot was sadly lacking and that is probably because it was dragged through for more three games. Hopefully the next game will feature a little more excitement in terms of the story line. 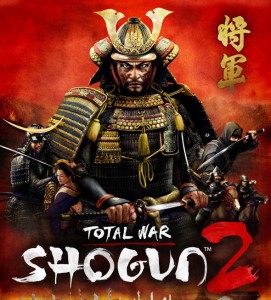 Total War has long been in a world of its own and with Shogun II, it not only revisited its roots but also made some amazing improvements to the gameplay. The combination of RTS and turn-based strategy makes this one of the best strategy games available right now. Like earlier Total War games such as Rome, Medieval and Napoleon, Shogun II was absolutely impressive in terms of detail, gameplay and performance. However, unlike the previous games, stronger attention was given to external elements and the management of resources, which meant every decision you made could come back to haunt you. In its own class, this was one of the best games of the year.

The Witcher 2: Assassins of Kings

The best games must include a powerful story, and Witcher 2 is a case in point. Just when you thought you had enough fantasy RPG games around, CD Projekt, the developer, managed to impress us all. The best thing about the game is the wonderful story that is wrapped within some stunning visuals and amazing gameplay. The combat system was also amazing, which included a number of tactical elements and the usual brute force. Apart from a few bugs, this was probably one of the most captivating games of the year. 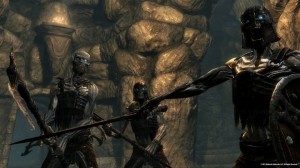 One of the highest rated games of the year, Elder Scrolls V: Skyrim raised the bar for everyone else. Two things made this game as amazing as it was; firstly, the freedom to do anything you want and secondly, breathtaking graphics. The first deserves more praise; players were given the choice to play as any character and progress in the game in any way they chose. In addition, the wide range of weapons, spells and unique character attributes gave the combat dimension extremely thrilling. As for the graphics, the visuals and environments that can be seen in the Skyrim universe did an excellent job of complimenting the gameplay. 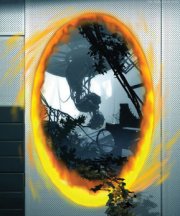 Portal 2 is perhaps the most unique game of 2011. The game combined action and puzzle-solving elements, while also bringing together quite an interesting plot and diverse characters. The game also managed to improve on Portal 2 with more challenging test chambers and enhanced gameplay mechanics. The plot revolves around the primary antagonist of the previous game: the GLaDOS computer system, which is meaner than ever. In addition, a new cooperative mode comes loaded with an entirely unique plot, characters and test chambers, which forces players to think and play together, or die trying. 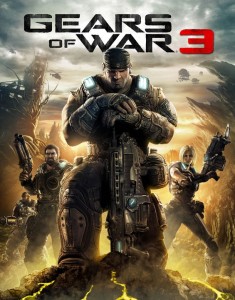 Few games have managed to evoke the sort of emotion that comes along with Gear of War. In the conclusion to the trilogy, gamers put themselves in the boots of Marcus Fenix as Delta Squad sets out to save humanity once more. Like the previous games, it was not just the combat or the exciting plot that wants to keep you going but also the immense emotional connection you inevitably develop with the main characters. Unlike similar games, you see and feel the destruction all around you, which can be pretty powerful when it all comes to an end. The new game also came loaded with a four-player cooperative campaign, new characters, and a host of new deadly enemies. The enemy AI also made players earn every kill and that made the game all the better. 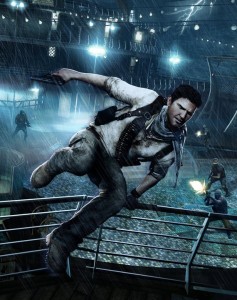 PlayStation 3 fans managed to get their hands on the exclusive Uncharted 3: Drake’s Deception, which is one of coolest third-person action adventure games of 2011. Unlike similar games, the character is “more human” (i.e. more realistic) in terms of endurance and skill, which makes the game more fun. Drake’s Deception brought together a number of excellent features: a fantastic single-player campaign, stunning environments and most importantly, an exciting plot. The exciting challenges and the amazing plot twists, made Drake’s Deception addictive and fun. If the action doesn’t do it then the eternal suspense will.

Dead Space 1, was hailed as fresh energetic new type of action game centered horror and survival. The good news was that Dead Space 2 managed to build on much of the original game play and the single-player campaign was very solid. The intense up-close combat element made the game extremely fun to play. In addition, the thrilling visuals and audio effects gave the game a sense of heart-pounding suspense that commanded the utmost attention. The only downside was that there was no “game changing” gameplay enhancements and sometimes the plot seemed rather repetitive. 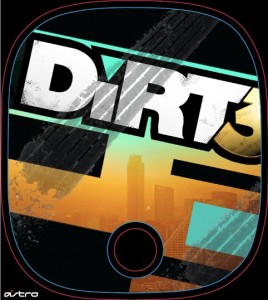 The reign of Need for Speed is over and thank goodness because usurper, the DiRT series is simply brilliant. With an extremely realistic control system, stunning environments and badass rally cars, this is probably the best game 2011 in the racing genre. Different weather scenarios and a variety of locations meant that each race was meant to be a new challenge. Unlike most other racing games, jamming the accelerator and travelling as fast as possible just isn’t an option. Amongst the enhancements was the new Gymkhana mode and multiplayer options that took competition to a whole new level.

No one should be surprised that this made it to the list of the best games of 2011. As someone who had lived through most of the Mortal Kombat games the latest game is simultaneously a refreshing yet classical. The new version included highly detailed (and brutal) combat moves and fatalities, solid graphics, a new four-player tag-team kombat system and a revamped storyline. Another thing I liked about this game was the fact that a lot of time and attention went into the individual stories of the characters. Oh and fans of God of War and Freddie Krueger were in for a nice little surprise.

This was an action RPG game unlike any other. The amazing combination of stealth, combat and freedom of choice meant that gamers could complete missions in a variety of different ways. One of the finer details of the game was the intricate plot, which was really captivating and further enhanced by the appropriate atmospheric elements. However, one might be inclined to think that the developer spent a little too much time on the plot because the game did feature some technical problems and a relatively weak AI system.

This was probably the most hyped game of the year and given the solid reputation of the previous games, the expectations were really high. Fortunately, Crysis 2 managed to pull off a rather decent job. The level of detail that went into the single player campaign, environment and combat systems were stunning. As with previous games, the combat was rapid and exciting requiring the smart use of the player’s Nanosuit capabilities. However, the AI, while quite challenging could have done a much better job.

The Best Games of 2011: Your Thoughts

Let us know what you think about about the Best Games of 2011. Also make sure you read our articles on the upcoming Xbox 720, PlayStation 4, Wii U…