You can’t always be in the vicinity of a proper PC gaming rig or next gen console. Unfortunately, there are times when you’ll be stuck with an older laptop or netbook that includes the bare minimum when it comes to hardware and specs.

Let’s face it, most of us can’t afford an Alienware laptop, and for those lucky few who can it’s probably true that you can’t afford to upgrade to a new device every year. Laptops and netbooks are excellent for travel, but unless you’ve got an all inclusive gaming machine, chances are pretty high that you won’t be playing any modern AAA titles while on-the-go. Sure, there are casual options and browser based games like Plants vs. Zombies, Zuma, and Bejeweled but most full-fledged gamers would much rather experience an engrossing title.

Thankfully, that’s why Good Ol’ Games (GOG) exists. GOG offers a massive selection of old school game titles which are all DRM free and perfect for use on low-end laptops and netbooks.

If you’ve been around the gaming scene for some time, then you probably know most of the titles that GOG offers for purchase. As the name implies the collection includes Good Ol’ Games that at one time, provided hours of endless gameplay and fun.

GOG is littered with timeless classics that are meant to run on a wide range of devices, and every one of them is sure to induce nostalgic emotions if you’ve played them before. As with any digital storefront, or expansive catalog, it can be difficult choosing which titles to purchase and play.

Luckily, we’re here to help with a list of some of the best titles that are available for purchase on GOG!

This is, by no means, a comprehensive list of the best titles offered on GOG. In fact, there are many more titles than what we have listed here that should also be considered for purchase. 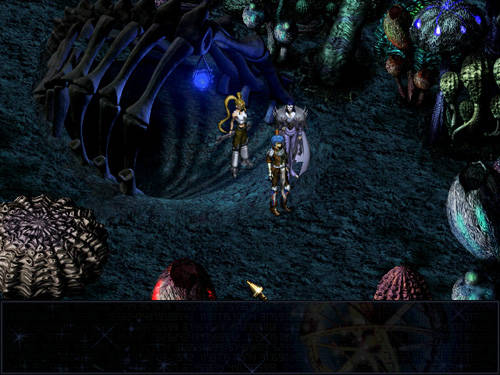 Septerra Core: Legacy of The Creator

Septerra is considered by many to be a JRPG clone even though it was designed in Europe. This adventure game follows a group of junk pirates, led by a woman named Maya, as they fight to save their world from Doskias, a man hellbent on fulfilling an evil legacy. Doskias is a Chosen; the Chosen are a group of people who feel they are superior to other Septerra inhabitants, and they live on the upper levels of the world. Doskias plans to retrieve unique keys which will unlock the secrets of Septerra’s core and unleash unspeakable power. 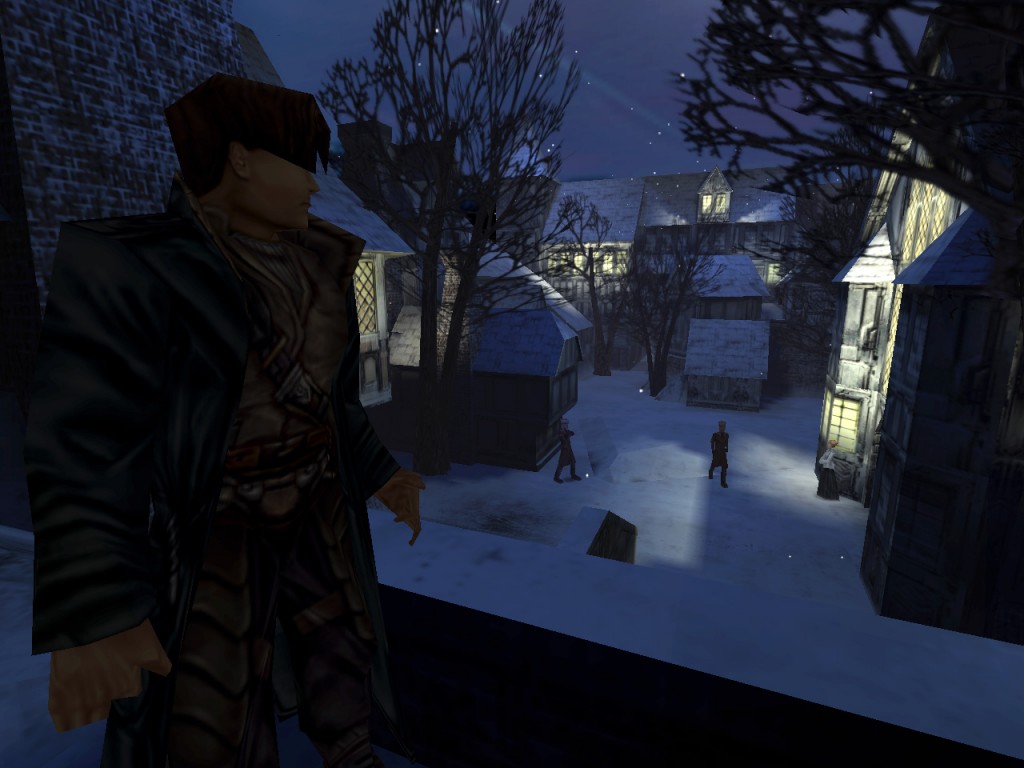 Anachronox is a single-player, action-RPG set in a sci-fi universe. It follows Sylvester “Sly Boots” Bucelli – a rather lackluster private investigator – and his mates, as they embark on a quest to find out who or what is trying to destroy their universe.

The game mixes JRPG style combat and adventure elements to create an extraordinarily compelling and engrossing gameplay experience. Anachronox also has an incredibly deep plot, which still holds up even in today’s market. 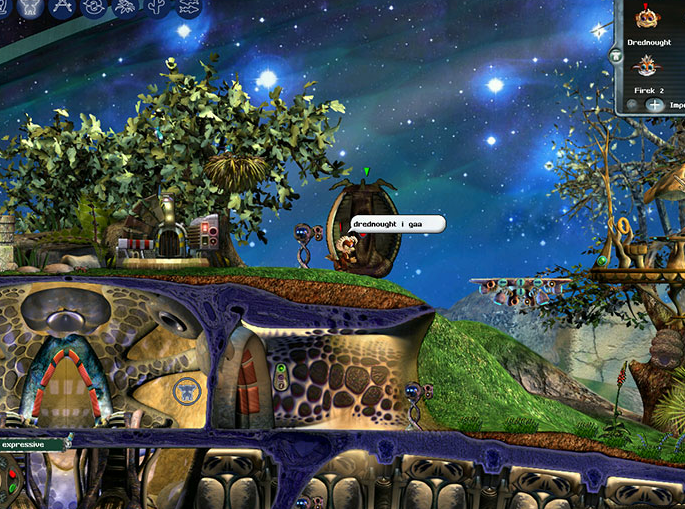 Creatures is a simulation game that allows players to create and raise various creatures on a spaceship with the ultimate goal of training them to fly the craft.

Tyrian 2000 is an old school vertical 2D shooter that includes tons of content and gameplay. 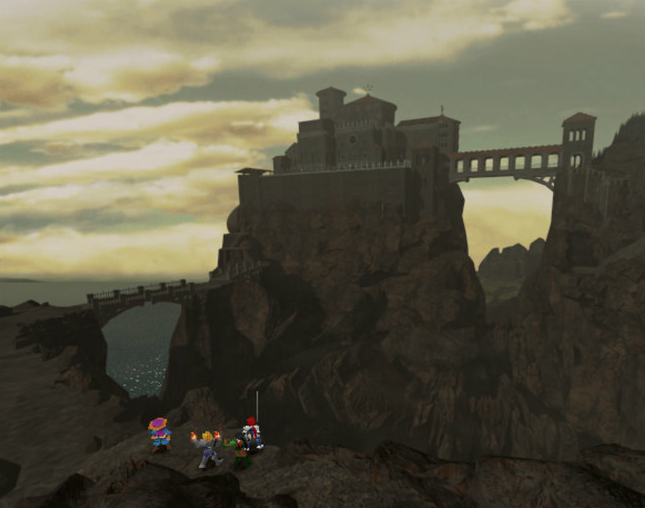 Silver is a fantasy RPG that follows a young man named David as he embarks on a personal quest to save his wife from an evil king named Silver. Silver has taken all the women in the land hostage, and thus David compiles a group of heroes to help rescue the women, including his wife.

Silver can also be likened to old-school JRPGs, as is true of most classic RPGs, especially with its manga inspired art style and unique 2D backgrounds. Silver offers much more than the traditional RPG, despite its rather loose-fitting plot. 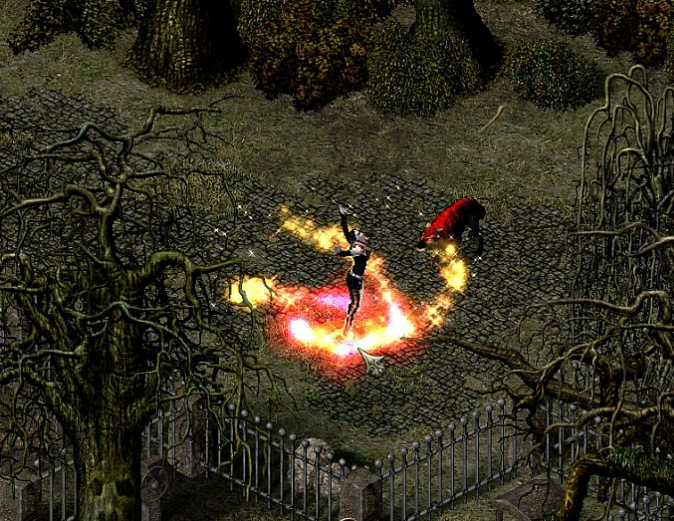 Sacred is a hack and slash RPG, inspired by the Diablo series, that offers more linear gameplay with predefined player characters and game worlds. The GOG version of Sacred includes both the original game and the expansion Sacred Underworld which was released sometime later.

Players can choose from up to eight separate characters and then hack their way through the game’s engrossing story. Sacred originally included 4 player co-operative multiplayer, but the servers have since been shut down. The game can still be played through the use of a LAN server or internet servers through programs like Xlink Kai. 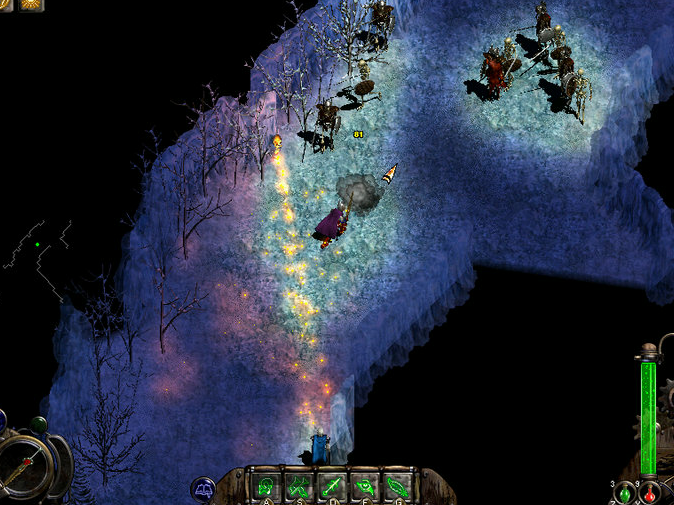 Nox is another hack and slash type game, like the Diablo series, that follows a “20th century dude” named Jack Mower who is sucked into the world of Nox through his television. Not much to say about this one, except that it has three different storylines (one for each player class) and offers hours upon hours of gameplay. 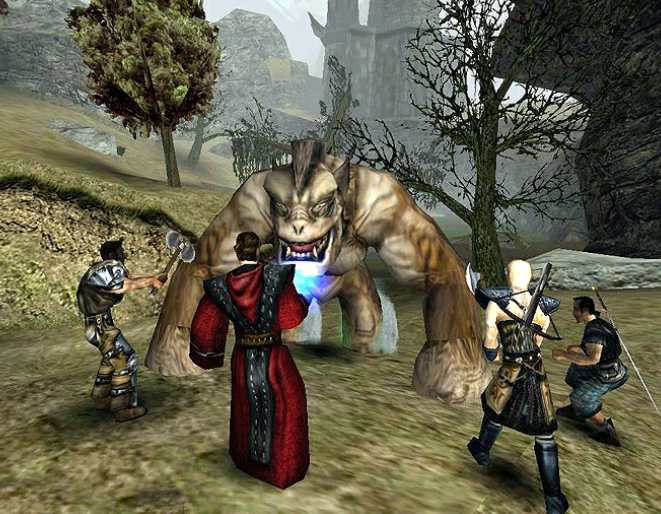 Gothic is a third person action-RPG that includes over one hundred hours of gameplay. Gothic follows a nameless character, controlled by the player, as he fights to survive inside the “colony,” an island prison. Despite the fact that Gothic is an older game, it is still fairly difficult 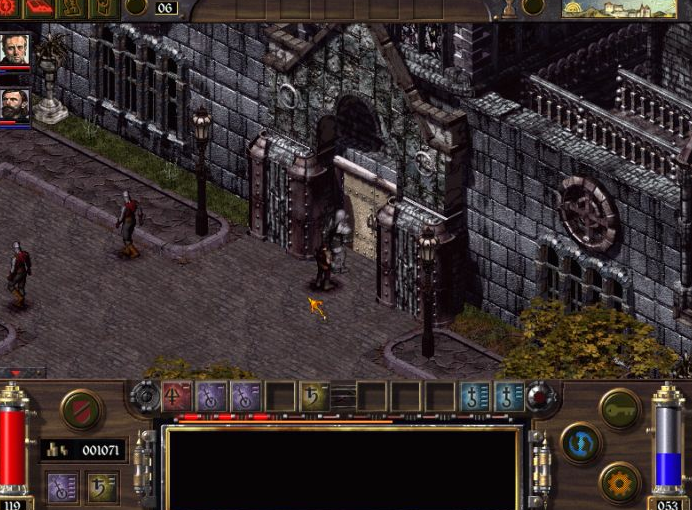 Arcanum of Steamworks and Magick Obscura

Arcanum is a turn-based fantasy RPG set in a steampunk inspired world, similar to the Fallout series. Arcanum includes a dynamic world that adapts to the players actions and decisions and includes a non-linear storyline with various plot twists.

The following titles are honorable mentions that we did not include in the list. Most gamers will recognize every one of these titles, as they are all timeless classics. We made the decision not to include them in the list above because they are so well known, however it is essential that we acknowledge them.

How to Purchase Games on GOG

To purchase games on GOG you need to sign up for a free account, and all future titles purchased on the site will be linked to that account. This is an outstanding feature for those who desire DRM free software because you can always download the game on a multitude of devices by navigating to the GOG website and logging in.

An account is also required to download the free games offered by GOG, of which there are several (be sure to check them all out).