We’re always ranting and raving about traditional RPGs and Diablo style RPGs for Android so much that we’ve missed one of the best genres of mobile gaming.

No, we’re not talking about the Sims by Maxis, although the Sims 3 is an outstanding mobile game. We’re actually talking about simulation games that mimic or simulate real life in one way or another. Usually, sim games involve micromanagement like RTS titles and keep you organizing tasks or units to achieve a common goal.

Going back to the Sims for example, your job in those games is to develop and raise a family, with the ultimate goal of becoming rich and continuing your Sims legacy when they pass on. The game itself is about more than just that though, and there are lots of things you can do to achieve that end goal including a plethora of choices that have to be made along the way.

The whole experience is what makes a sim game, you are essentially simulating a chain or series of events.

Sim games are perfect for mobile devices, because in most of them there is no requirement for physical interaction. You don’t have to control a virtual joystick, or dig and prod at the screen to aim and shoot. Sim games, while some can be difficult, for the most part stay a comfortable experience.

You can play the game and have limited interaction while you do so, leaving you free to do other things in the background.

The Best Simulation Games For Android 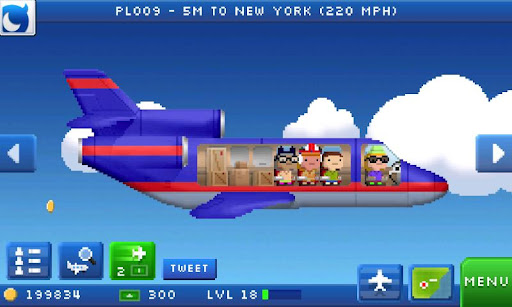 Mobage developed Pocket Planes, and if you don’t already know, they are the same creators of Tiny Tower. We won’t be talking about Tiny Tower in this particular list, but it is still a fantastic game so make sure you check it out if you’ve never heard of it before.

Pocket Planes is a casual airline sim. In Pocket Planes, you are essentially in charge of a fleet of planes, and you have to run the entire airline business. Your planes will fly cargo, and people, to various locations, in excess of up to 250 cities spread across a map.

As you play you unlock more locations, cities, planes and parts for use in the game. You can trade part and participate in events socially using the integrated social networking features. You can even customize your planes and pilot uniforms [insert smiley here].

The best part about Pocket Planes is that it is free via Google Play!

Dungeon Village is an RPG sim from Kairosoft, the famed creators of Game Dev Story (which we will talk about next). Essentially, you build a fantasy themed town and manage adventurers as they embark on all sorts of quests. The adventurers can be bolstered with better equipment and weapons and unique perks, depending on how you create your town. 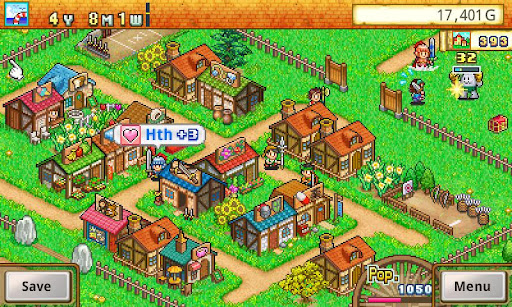 You can make training facilities to improve your adventurers attributes, or shops to help generate modern equipment and weapons for them.

With Dungeon Village, you are managing an RPG style town instead of a character. It’s quite fun, and the game requires little to no interaction which means it can run while you’re doing other things.

Dungeon Village is $4.99 via Google Play! 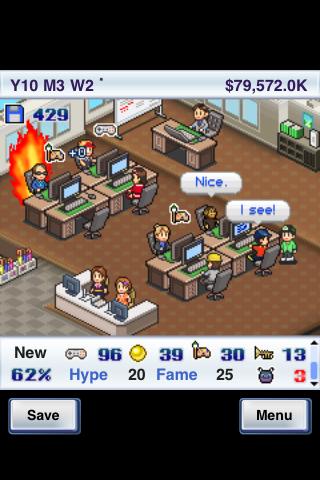 In Game Dev Story, you manage your workforce and what they produce, all while trying to keep up with modern technology. As new game consoles are researched, you have the option to upgrade your equipment or stay with current gen technology. Later in the game you can even design your own custom gaming console.

You manage employees from the entire spectrum of game development including programmers, sound engineers and graphic artists.

Hopefully we shouldn’t have to get you too acquainted with SimCity Deluxe. It’s the same standard city building sim from Maxis you’ve always played, only now it is in portable form. 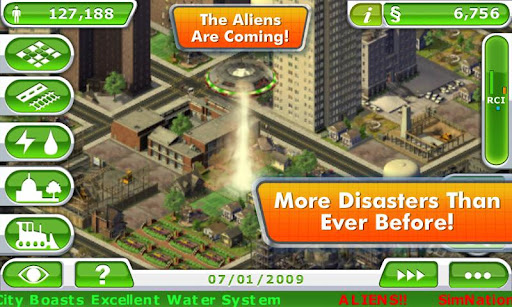 If you’ve ever played SimCity before then that is exactly what you’re getting with SimCity Deluxe for Android. You can build your city from the ground up, starting with just an empty plot of land. Over time, you work to keep the city thriving even through randomly occurring natural disasters which can damage parts of your city at any time.

You can even play pre-made cities that have been modeled after real world cities.

SimCity Deluxe is $3.86 via Google Play. 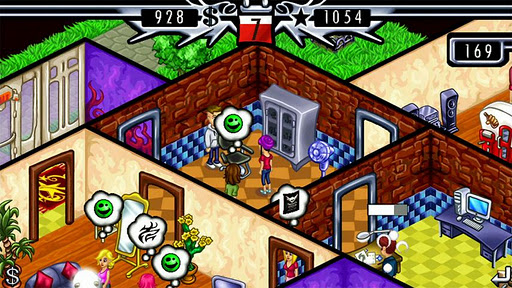 Tattoo Tycoon is exactly what the name implies, a tattoo business sim. You essentially run a tattoo parlor and manage all aspects of running a tattoo business including hiring employees, and expanding your company. You can also customize your parlor with furniture a la the Sims.

Tattoo Tycoon is currently free via Google Play for the ad supported version. Yes, the ads can be intrusive.

Rebuild is a zombie apocalypse sim. Your main goal is to collect survivors and protect your base, all while expanding and managing assets. You are forced to scavenge for food, battle rival gangs, deal with diseases and illness, and the occasional riot that breaks out between your people. 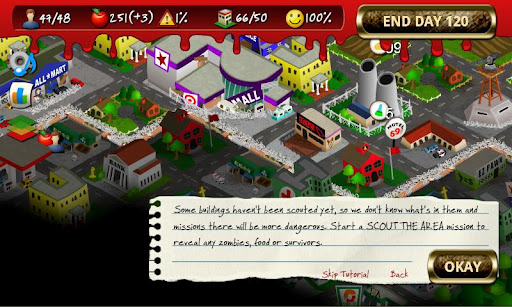 Rebuild is more turn based than some of the other titles on this list.

It does feature randomly generated cities, with 5 different levels of difficulty and 7 different game endings to unlock. You can customize your characters, as well.

Needless to say, there is plenty of content here to keep you coming back and, of course, Rebuild is lots of fun!

All the games we’ve listed above are available for purchase, or for download, via Google Play. We can’t guarantee that these games will work with all devices, so make sure to read compatibility notes before installing.

All of these games are worth playing, so take advantage of exclusive deals and sales when they occur.