Brookstone is going to fight the good fight, in the war on low battery life.

Cell phone batteries die fast, so fast that, in today’s world, the issue seems to be an epidemic. If you’re an avid cell phone user, you know when that low battery warning flashes, things are going to start getting real hairy, real fast.

When the low battery warning appears, most folks, us included, start to get real anxious about the prospect of not being able to use a mobile device. We call this symptom the social jitters, because most of the time the user is getting antsy about a low battery due to the fact that they won’t be able to check their Facebook or Twitter anymore.

Brookstone is working hard to eliminate the social jitters with their new fuel cell USB charger. 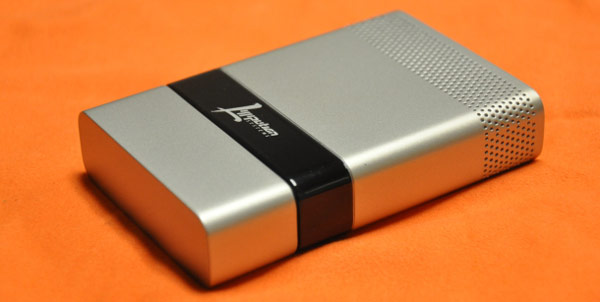 The Brookstone fuel cell USB charger will deliver portable charging to any device with USB support. The unique technology integrated into the fuel cell will allow for up to two weeks of estimated charge time, or anywhere from 10 to 14 full charges for an iPhone (or similar device).

The fuel cell USB charger will utilize unique cartridges filled with lighter fluid, and they can be replaced once fully depleted. The cartridges will cost about the price of a “Starbucks coffee,” and will be available online or through one of Brookstone’s retail locations.

The portable charger was designed by Lilliputian Systems and was originally researched at the Massachusetts Institute of Technology (“MIT”) Microsystems Technology Laboratory (“MTL”).

Lilliputian claims more traditional battery chargers that include Lithium-Ion cells are not powerful enough to provide the kind of energy one would need with modern mobile and electronic devices. This is certainly true, as portable chargers equipped with Lithium-Ion technology are only able to provide one or two quick charges before being depleted.

As mentioned above, the fuel cell USB charger will offer 14 full phone charges, which can be spaced as the user pleases, but if used once a day will last a total of two weeks.

Personally, we’re sick and tired of plugging our LTE phones into wall outlets, so that we may charge them, for more than once per day, so kudos Brookstone and Lilliputian, you have captured our attention.

Currently, no price tags have been slapped on this quite attractive, portable USB charger. Estimates state that the device should be available soon, which means Brookstone is likely sorting out the price range and some other important business-y stuff.

We’re fighting off the chattering of our teeth and the cold sweat, glistening on the surface of our skin, while awaiting the imminent release. We can already see the low battery alert flashing on our smartphones.

The cartridges will be manufactured by standard cigarette lighter makers, which should prove that there’s really nothing special to them – besides the juicy fuel of course.

Brookstone is a pricey, yuppie-like store so we’re guessing this USB charger isn’t going to be budget friendly, though, we’ve been wrong before. Realistically, it doesn’t even matter what the price of the charger is… well, as long as it’s not outrageous. If the price of the replacement cartridges remains reasonable, and stays close to the estimated price of the “Starbucks coffee”, we’re good, oh yes we’re very, very good.

We may yet live to see a cure to the low battery, and social jitters epidemic that is rapidly spreading across the globe, and who would have thought Brookstone would be at the forefront of the movement?

Nevertheless, thanks to Lilliputian systems, Brookstone will be the major retailer of the fuel cell USB charger, and it’s required fuel cartridges. We’re okay with that, even if Brookstone is for Yuppies.

The USB charger will obviously work with any device that can be charged through an active USB port including, but not limited to, portable gaming consoles, netbooks and laptops, mobile phones, tablets and more!