CES showcases some of the best technological advancements in gadgetry every year. This year too was no different. Of all the various gadgets presented this year, the best we got to see was the brand new Tactus keyboard. We have seen numerous renders of physical keyboards for tablet devices, the most recent one being the cover type ones that come with the Windows surface tablets. Tactus however took the concept of the keyboard a step further. The Tactus keyboard is a layer of flexible cover that has been filled with fluids. This layer becomes the physical keyboard when a user needs it and just goes back in when not required.

Still not sure how that would work? It is quite plain really. When the keyboard option is selected, the fluid-filled cover swells up in the shape of actual keys. Almost like the bubbles of a bubble wrap cover. These little bubbles are capable of providing tactile feedback for a physical keyboard experience. Once you are done with your typing activity, closing the keyboard makes the buttons to recede back into their normal flat state. That is a pretty impressive piece of technology. Tablets can now be made to be much more responsive.

Tactus has certainly played this one close to the chest. The company executives are hesitant to name anyone in particular, but Tactus is hard at work developing a prototype device, and that a prominent touch type interaction space player is also involved.  Synaptic is rumored to be collaborating with Tactus on an Android powered 7-inch tablet that will incorporate this fluid keyboard technology. Synaptics has been a lazy starter in the tablet market. But the market is still in its youth, in a manner of speaking, when compared to the mobile device market. This collaboration with Tactus may just be the wind beneath their wings to drive them to compete in the tablet market.

The future for the fluid type covers is laden with many possibilities. With many top makers vying to get their hands on the prototype device for testing, this technology is sure making waves. There is even the possibility that in the future we may be able to see Tactus keyboard-enabled devices from different makers competing with each other, much like the Kindle Fire and the Nexus 7. This surely means great business for Tactus. The traditional smart devices use glass lenses for their screens. The complicated process of properly handling and expertly cutting down the glass for typical tablet devices is a very expensive and cumbersome one. 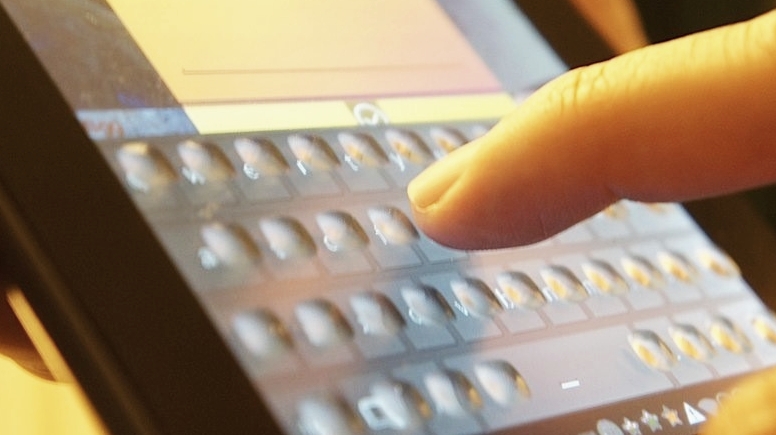 Adding a Tactus layer to your tablet device may be a slight complication, but when you contrast this with the drawn out process of Glass covers, it becomes a lot more lucrative. The Tactus keyboard is capable of running in sync with multiple operating systems. This gives it great appeal to tablet device makers. In a totally unpredicted turn of events the market is clamoring for devices with more tactile feedback. And mobile space leaders like Samsung and Apple have been attempting to provide add-on’s which often turn out to be clumsy at best. Tactus keyboards may not suit every user, but users who create content chiefly, might just prefer the Tactus edge over a normal keyboard.