Facebook is one of the leading apps in any mobile device, phones or tablets. Until first half of the last week, the rumor mills had it that the multibillion dollar company is soon going to introduce its very own smart phone, the Facebook mobile. The smart phone industry is fiercely competitive but it is also incredibly rewarding. If Facebook is able to hit upon the right phone and operating system any time in near future, it might just leave the smart phone industry permanently altered. However, the proposition faces a few tough challenges that must be overcome:

1. Difficult to break in
The smart phone industry is chock-a-block with competition. With giants like yours and Android powering away the market, it is next to impossible to create a niche market base for a Facebook phone. Facebook is predominantly a powerful and popular app and it might do the company great benefit in sticking to the app identity for a long time.

2. Operating system and handset maker issues
There is simply no way for Facebook to come up with a handset maker and an operating system that might create ripples in the industry, in doing what no one has done before. So Facebook plans to leverage HTC technology and use AT&T as its carrier. Here it needs mentioning that there are more advanced handset makers, like Samsung, for instance, that might swallow whole the Facebook handset at first chance. It’s difficult not to overlook this comparison since the real world buyers are heavily biased towards the handset they are familiar with.

3. Facebook owes its popularity to smart phone giants
It cannot be forgotten that the current popularity of Facebook is heavily indebted to iOS and Android, among others. Mobile handsets and tablets have all made Facebook what it is today. Leading smart phones have all contributed to make it a superstar among mobile apps. If Facebook decides to launch a smart phone on its own, it might lose out somewhere else.

4. Declining popularity
Facebook continues to decline in popularity, at least among teens in the US. It is an established social media site but younger users are already turning away from it and instead opting for places like Tumblr or Snapchat. Hence, the foundation on which Facebook dreams to build it phone is apparently shaky. However, the social media site is not only for US teens. Globally, every one person out of seven continues to use Facebook with gusto. 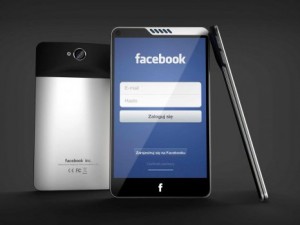 What works for Facebook?
Facebook is the mixing pot of interaction, communication, information, business, data banks, and everything else. It allows users to book movie premier-tickets, check into their hotel rooms, share real time updates (birthday celebrations, reminders, event invitations), and virtually affects lives in full three hundred and sixty degrees. The phone is so imagined that it makes sharing among Facebook communities and contacts seamless. Everything in the world that is connected to Facebook in some way will find a place in the phone and that is practically the whole world. This phone is slated to become indispensable due to its sheer force of connectivity and utility. What it might lack in platform technology it can more than make up for it in social sharing.