The Google Nexus 7 is one of the top selling 7 inch tablets in the world today, with a Tegra 3 quad-core processor handling Android’s Jellybean effortlessly. The tablet, which became available to consumers in July of this year, is predicted to sell 1 million units in the month of December alone – a milestone reached more than once by this remarkable device. Starting at just $ 199 for the 16 GB model, it is an excellent tablet for the price conscious buyers. The Nexus 7 has received great reviews, but has a fair share of negative ones as well.

A feature available on the Google Nexus 7 that many will be pleased with is Google Now, which is comparable to Apple’s Siri. The idea is to get information when you need it, and Google Now does an excellent job of accomplishing that. In most cases, you will not find yourself repeating yourself, as it will detect what you said the first time – an issue Siri developers have been battling. Also, Google Now gives almost instantaneous responses, something that Apple would like to boast for their virtual assistant as well.

Another reason to consider the Google Nexus 7 when looking for a new tablet this holiday season is what’s inside the actual device. With 1 GB of RAM and a quad core processor, this tablet can handle the most demanding apps with ease. A 7 inch IPS LCD Capacitive, Multi-touch display with a resolution of 1280×800 inside the protection of a scratch-resistant glass could easily make any tablet fanboy go weak in the knees.

However, the Google Nexus is no stranger to the odd negative review. Tablet lovers will be disappointed to see that there is no memory expansion slot (Micro SD slot), an easy and affordable way to add memory to a device. Once coming in only 8 GB and 16 GB, customers were complaining that they needed more storage. Since then, the 8 GB model has been discontinued and Google now offers a 16 GB model as well as a 32 GB (cellular also available in this model). Although some people are satisfied with storage space of 32 gigabytes, others still complain that they need more.

Another thing the Google Nexus 7 seems to be lacking is Flash support. Although not a huge issue, and is also the case for the iPad, there are still hundreds of thousands of websites using some element of Flash. For a tablet trying to fulfill the simplest of needs, it is strange that Flash support was not included out of the box. 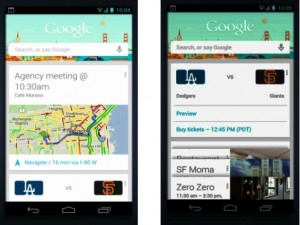 An additional complaint many Nexus 7 users seem to be making is the lack of any video output. For those who enjoy streaming a movie from their tablet to their HDTV via a Micro-HDMI connection, they will have to look for other alternatives such as the Kindle Fire HD, which is currently sitting at the same price. Again – another simple feature that is lacking on a device claiming to be “complete”.

When you begin shopping around for a new tablet this year, be sure to consider what you would like it to do for you. Although small, fast, and powerful, the Google Nexus 7 lacks features that countless consumers demand for. So before you grab one off the shelf, be sure to weigh your options.