The Chromebook is back! Only this time it’s being launched by Google in a direct collaboration with Samsung.

When the Google Chrome OS was fresh, and everyone was talking about it, Chromebooks were considered the next trendy thing. Unfortunately, they dropped out of sight for a while and now they’re back. This time Google has slimmed the Chromebook down so that it is within a reasonable price range.

If you don’t already know, the Google Chrome OS is essentially a beefed up version of Google’s Chrome browser. All personal data and information are securely stored online; hence there is no real need for extensive hardware or storage options on the device. Thanks to this elimination of required hardware, the Chromebook itself can be slimmed down to a thinner form factor. When Chromebooks first appeared, people were still having real issues with storing all of their content in the cloud. Also, because the Chromebook is only genuinely useful when there is an active internet connection, that exclusivity turned a lot of folks away. Realistically though, nearly every device now requires an active internet connection, even home TVs! 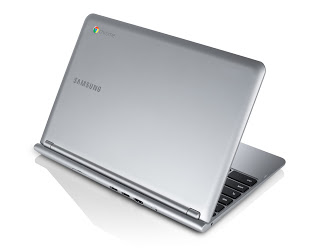 The new Google Chromebook will follow after Google’s recently launched Nexus 7 tablet. While they are clearly not the same type of device, both of them have been strictly designed to meet affordable costs for consumers. By slimming down the cost, without entirely sacrificing features, Google hopes to connect with a wider customer base. The Nexus 7 was an instant success upon launch, and you could hardly find one to buy anywhere, it’s likely to be the same scenario with the new Chromebook.

Keep in mind the Chromebook is not meant to take over as a primary computer, just like with tablets, it has been designed to provide a lightweight alternative to bulky laptops and desktops. Tablets were designed for the same purpose, it’s just because they are so convenient and versatile that people have actually begun to use them as a primary device.

Thanks to the Chrome OS, the Chromebook can boot in less than 10 seconds, and can resume from standby mode instantly. Which essentially means, the Chromebook has the power to get you in, and out, as fast as you can handle. There will be no more waiting around aimlessly for your computer to boot up.

The Chromebook is powered by a dual-core Exynos 5 processor and 2GB of installed DDR3 RAM. It contains a 22.6″ HD display (1366 x 768) with low-glare support and a 200 nit brightness rating. The best part is that the Chromebook is equipped with a 2 cell rechargeable battery that lasts for up to six and half hours of continuous use. Very few laptops can last that long with Wi-Fi running continuously.

In addition, the Chromebook includes a 16GB solid state drive, a USB 3.0 port (and one USB 2.0), an SD card reader and 100GB of Google Drive cloud storage for up to 2 years.

Of course, the Chromebook is outfitted with dual-band Wi-Fi 802.11, but there is no extra 3G or LTE support. That means the Chromebook will only be of use where there is Wi-Fi access. These days though, everything offers free Wi-Fi and just the sheer portability of the Chromebook is enough. It’s about the size of the average notebook, so you could throw it in a compatible case and carry it around with you essentially everywhere. The Chromebook weighs a mere 2.4 pounds, and is only 17.5mm thick. If you don’t know measurements well, then take our word for it that this thing is extremely lightweight.

The Google Chromebook also includes a VGA webcam, a headphone jack, a microphone jack, and an HDMI output.

When Will The Chromebook Be Available

Google is already advertising the Chromebook right alongside the Galaxy Nexus and the Nexus 7, so it won’t be long before the actual release date is here. The individual Chromebook product page just says “coming soon,” but there is a place to enter your contact information so that you can be notified when it is ready to order.

The Chromebook will be $249.00 at launch, which is certainly an outstanding price.

If you think the Chrome OS, and the wide world of cloud storage, is for you then be sure to check out the new Chromebook! It will be launching soon, so if you want one, be prepared to get your orders in. If the Nexus 7 is anything to go by, it’s likely the Chromebook will meet the same kind of high demand.