Which MacBook should you buy? It is a nagging question that occupies you before buying an Apple product. With the range of choices offered by Apple, the choice is a tough one. The MacBook Air has always been the crowd favorite. From a CPU and RAM perspective, MacBook Air is a powerful machine. There never was any hesitation in ditching my old MacBook for the new MacBook Airs. Not that the Pro version was flawed, but the Air was just that good. But six months ago Apple released MacBook Pro with a 15″ screen incorporating retina display. That machine can now be a permanent replacement to the iMac on your desk. However, even with a retina display, the MacBook Pro falls short of the ideal machine. 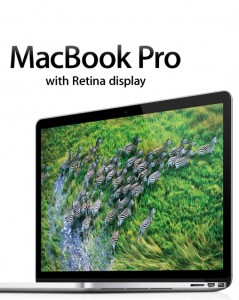 The word going around these past few months is that the MacBook Air with a MacBook Pro like retina display would be a deadly combination. It is a first step towards the perfect machine. With this in mind, it all comes down to the load of the machine. The MacBook Air with the 13″ screen weighs nearly 3 pounds (2.96). The MacBook Pro, also, with a 13″ screen weighs almost 3.57 pounds. The difference of half a pound is not much but is due to the presence of a better screen. Thickness-wise the Pro and Air are very close, but the difference arises in the way the edge tapers in the Air model while the Pro remains of a uniform thickness.

The gorgeous retina display features of the 13″ and 15″ Pro are surreal. The new Pro also scores points in terms of battery life. The Air which gives a solid seven hours of battery backup has met its match. The 13″ Pro lasts slightly less than its bigger brother the 15″ Pro, but this can be attributed to the bigger battery of the 15″ Pro. The 13″ also has a battery life in the six-seven hour range. Thus the available battery life is solid.

Apple is currently in a transition state where there are retina as well as non-retina displays available on sale. Hopefully, there will be an eventual switch to retina display machines. But currently it is not all that cost-effective. This implies that you need to make an informed choice. The 13″ MacBook Pro will cost you $1,699. But the thing you walk away with is that Apple now sells a Mac retina display under $2,000. This is in contrast to the $2,199 MacBook 15″. 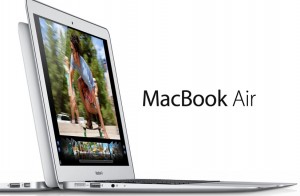 The decision lies with the user as to whether it is worth the extra $500 for a retina display Mac. But it would be an easy decision. The MacBook Pro that comes with a retina display alongside the new iPad mini are necessary components in your tech kit and a viable replacement for your desktop PC’s and iMac’s.

There will always be a demand for the MacBook Airs, no doubt. The kind of goodwill that the Airs have generated is enough to maintain the continued patronage. But the new retina display MacBook Pro is really worth at least a try. This machine has the potential to be the perfect MacBook.