Within a week’s time, Microsoft will hold the official launch event for the Windows 8 at a huge media showcase in New York. The company is taking care of last minute revamp of its apps, however, some reservations still remain.

The introduction of the ‘Modern UI’ makes this version stand apart from Windows 7. While it is colorful and can be adapted to with repeated use, it is not suitable for old-style PC and laptop which do not possess the touch screen feature.

The Modern UI is specially designed for mobile phone usage keeping in mind the various windows 8 apps that would be running on it. Some apps, such as the One Note MX, are exemplary and have set high standards for their contemporaries and successors. However, there isn’t much variety to choose from in case of apps and a lot of work remains to be done for the app store. 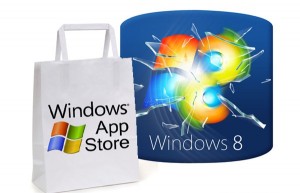 On a positive note, Microsoft hasn’t hung up its shoes, now that its work is officially over after launch of Windows 8. The software bigwig is actually still on its toes, overseeing metrics, analyzing feedback and making necessary changes. In fact, it has issued updates for the OS even before its official launch.

Not only has the performance has been improved and the core operating system upgraded but also updates done to add-on apps such as Bing, Sports, Reader, Travel, Photos, Maps, Mail, Calendar, News, Weather, and Finance. The happy news is not that these programs lack flaws but that Microsoft is constantly in the process of improving them and is now issuing quicker updates than its previous nine-month service pack scheme.

On the flip side, the Windows 8 app store looks ill-stocked in comparison to its Apple IOS and Google Android counterparts. However, the situation is getting better day by day. Apps will keep on being added in the periods both prior and post to the launch. Box, Kindle and EverNote have their apps but a few players’ presence is still desired. For example, there is still not an app for Facebook despite its alliance with Microsoft. 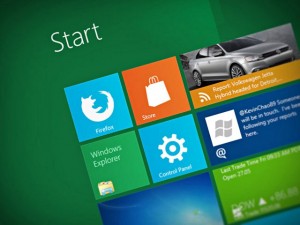 The worst part about the whole affair is the Windows 8 app store because navigating it is a task in itself. As of now, it is good that there are not many apps in the store because they haven’t been cataloged ideally. The apps are categorized by default, in the order of being supposedly noteworthy – not a very logical choice. Though one can change the criteria of sorting from drop-down menu, alphabetical order of arrangement is surprisingly not an option. If one desires an app but does not know which category to search, there is nowhere to turn to for help because the app store does not have a search option. However, the Charms section that opens from a swipe at the right can be used to search not just for charms but also for apps.

On the whole, Windows 8 must improve on quality – especially its app store.