The latest TV models are now equipped with Wi-Fi support to offer internet support right out of the box. Most of them can run a plethora of apps that provide media streaming, social media browsing, and similar functions. Unfortunately, not everyone has the money to buy a new TV just so they can experience web based content in their living room.

There are, of course, home entertainment consoles, smartphones equipped with HDMI outputs and HTPC models, but not everyone has those either. Of course, you could always go with an Apple TV, or Roku 2 XS, but where is the fun in that? For the folks who just want an internet capable Google TV box, there aren’t many options.

Consumers can choose from the expensive Sony NSZ-GS7, or the soon to release Vizio Co-Star. To elaborate, the Vizio Co-Star is an affordable, $99 standalone Google TV box, making it the cheapest option.

The Vizio Co-Star, an Internet Ready Set Top Box You Can Afford 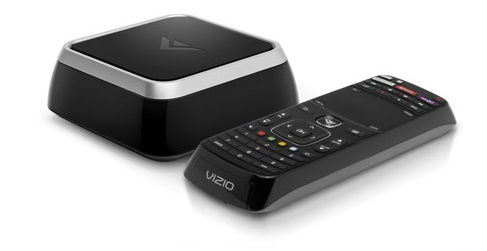 The Vizio Co-Star is powered by a 1.2Ghz dual-core Armada 1500 processor and includes 4GB of internal storage. It also includes integrated Wi-Fi and Bluetooth wireless support. 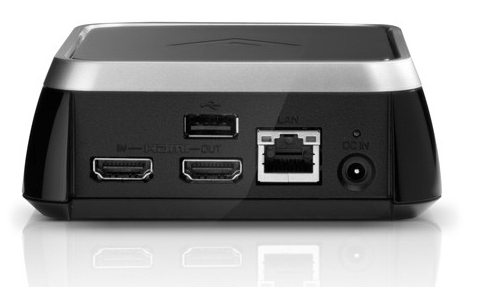 Two rear HDMI ports can be used to connect to HDMI video devices, or an HDMI-CEC controlling device. There are no additional audio outputs, but the Bluetooth radio does support A2DP for wireless headphones. 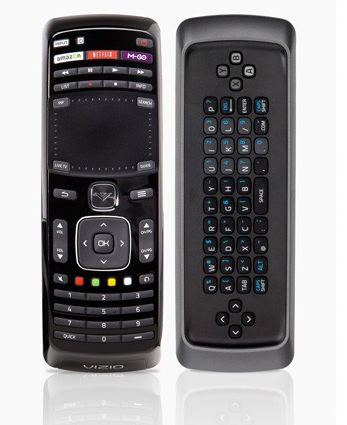 What truly drives the experience though, is the included remote control. It is a universal remote, which means you can also connect, and use it, with other home entertainment devices. An integrated touchpad, full QWERTY keyboard, and dedicated app buttons ensure ease of use and navigation.

As you can see from the image on the left, there are dedicated media control buttons (pause/play, rewind), and app buttons for Netflix, M-GO and Amazon. The standard TV remote control buttons are included as well, in case you decide to use the remote with your TV or cable box. 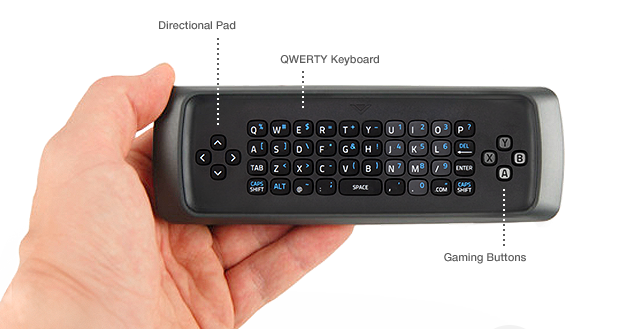 Dedicated Vizio features include picture in picture support, Live TV searching across all installed apps and web content (simultaneously), and 1080p HD support. The Co-Star is even 3D ready, for those times you want to playback 3D content, but there are no 3D glasses included so you’ll have to provide your own.

What is Google TV?

The Vizio Co-Star runs Google TV version 3.2, which can be used to playback and stream media via your home TV. There are a plethora of apps to install, including apps for Netflix, Hulu, and even OnLive. You can use the included remote control to play OnLive games, or you can attach a keyboard into the back of the box via the USB port.

With the Vizio Co-Star, installed apps are displayed via a pop-out side-menu, which means the running app or content does not have to be minimized in order to navigate through apps or settings.

Everything else you would expect from an internet enabled TV box is also there, including a full screen internet browser (Google Chrome), Adobe Flash Player support and HTML 5 compatibility.

You can even stream your own content to your TV that is stored in the cloud, assuming its stored either through Amazon’s web based service or Google’s. There are other media streaming apps, but Google and Amazon’s services are at least guaranteed. 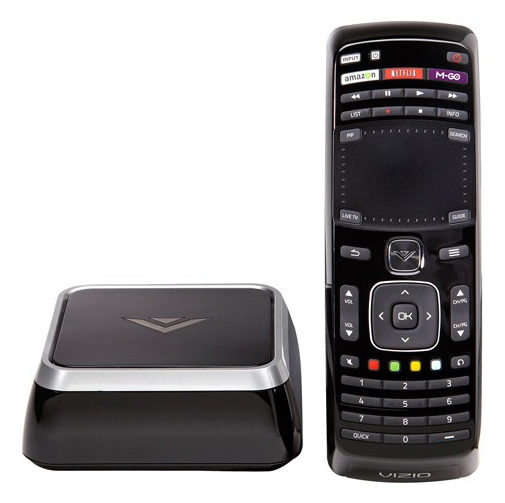 Currently, you can pre-order the Co-Star via Vizio’s official site, and the estimated release date is October 1, 2012. The Co-Star is $99, and no other subscription fees are required to use the device. Of course, if you don’t already have a subscription to a media streaming service, like Hulu or Netflix, then you’ll have to pay to use one. One should keep in mind that they are merely third party applications that run on the device, though.

The Co-Star comes bundled with the required remote control and setup is relatively easy, but it does require an HDMI cable (not included).

If you’ve been looking for a way to stream internet content in your living room, without buying a brand new TV, you just might want to check the Co-Star out.