If you’ve been around the Android scene for a while, then chances are relatively high that you don’t need a thorough explanation of Titanium Backup. Unfortunately, not everyone is well versed in technology and Android as a whole.

Titanium Backup is ideal for Android users who are constantly flashing their devices with custom ROMs. However, Android modders are not the only ones that will benefit from having Titanium Backup installed on their device. The app is quintessential for cleaning up unwanted bloatware, backing up valuable user data and files, and even uninstalling downloaded applications. It is, quite simply put, a cardinal maintenance app.

If you don’t know much about Android, or you’re new to the platform, your first question is probably this, “why is Titanium Backup essential?”

We will get to that. 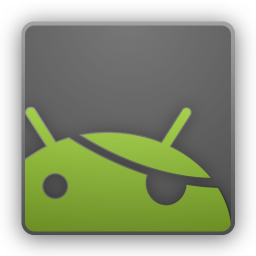 First, it is necessary to understand that in order to use Titanium Backup properly, you need to have root access on your Android device. The easiest way to comprehend root access is to think of it as providing administrative access.

The average consumer is ignorant when it comes to technology, and more importantly when it comes to software. The Android OS was developed using a Linux based kernel, so fundamentally you are using an altered version of Linux on your mobile device.

In order to protect critical system files, the OS has been locked down to disallow editing various files and system directories. For example, you can not uninstall or delete system apps that were included with the phone. Verizon ships their devices with the NFL Mobile app, which is pretty much useless to a lot of us who don’t follow football. Yet, the app cannot be uninstalled or removed from the device, because it was included with the OS build. It can not be removed because it is installed in the “system/app” directory. In order to protect the OS, no files in the system directory can be deleted, edited, or altered. 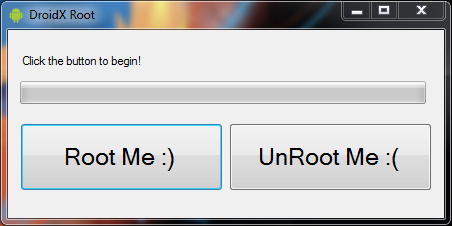 When you root your phone, or gain root access, you return access to these locked files and in turn activate functions that were otherwise unavailable. With a rooted phone, you can remove Verizon’s NFL Mobile app from your device, thus freeing up storage space and system resources.

Contrary to what mobile carriers would say, rooting an Android device does precisely nothing negative to it. In fact, remarkably few system files are altered during the root process. What is dangerous about having a rooted phone, is that you can essentially do whatever you want with it. If you remove critical system files without backing them up, you can brick your phone.

To brick your phone, means to turn it into an unusable paper weight, and that is never a pleasant thing to do with a $300+ device.

So, keep in mind that while rooting your device is useful, you still need to be careful what you are doing on it and what files you are changing.

Every device has a different root process, and there are many ways to root Android devices. We recommend doing a basic web search for root instructions with your phone model included. 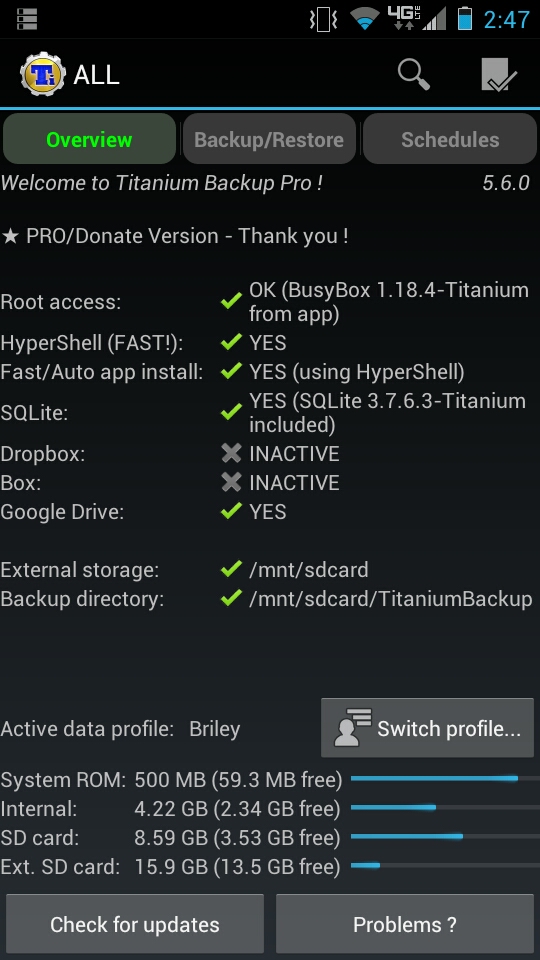 What is So Special About Titanium Backup

Remember how we talked about that NFL Mobile app that Verizon loves to shove on their devices? Well Titanium Backup allows you to freeze apps like it so that they are essentially uninstalled from the device, but can be restored at any time. Generally, the app changes the file format from “.apk” to “.bak” and the phone no longer recognizes it. 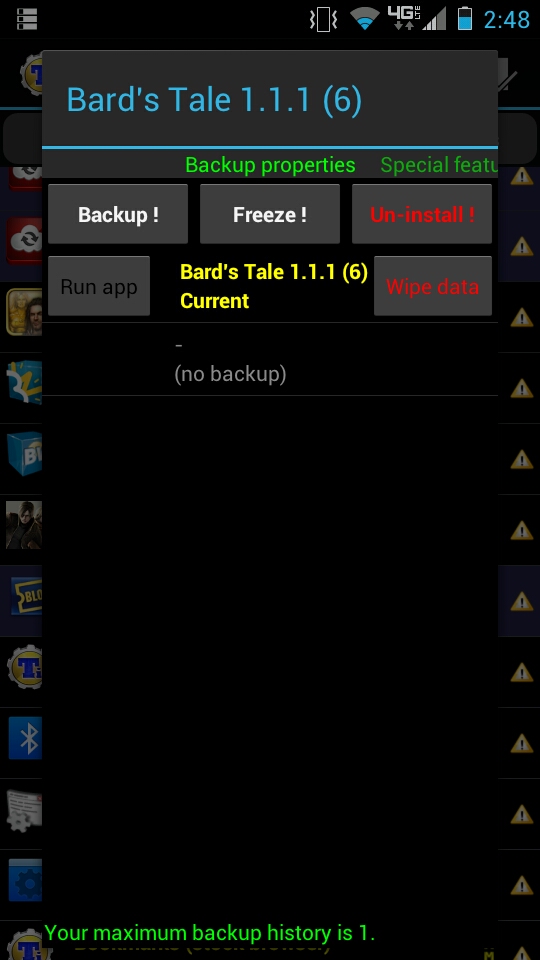 This feature is extremely helpful, especially when you are getting ready to download an OTA update for your device. The first thing a system update does is check to see if key files have been changed or removed from your device. Therefore, if you were a Verizon customer and you had uninstalled the NFL Mobile app without using the freeze method, then your OTA update would fail. It would fail because the update would recognize that system file has been removed, and would therefore vacate the update process.

When you freeze an app, it is removed from your app tray, and it is essentially removed from the device. Of course, you will have to reboot your phone after freezing an app for the changes to take effect, but that is relatively easy to do.

Sometimes, like the NFL Mobile app, mobile carriers and manufacturers include software on your phone that is useless to its normal operation. This software is called bloatware, because all it does is bloat the phone and waste system resources. Some of this bloatware even runs continuously, using up system memory, storage space, and consuming mobile data. Freezing these types of apps with Titanium Backup will eliminate this problem. 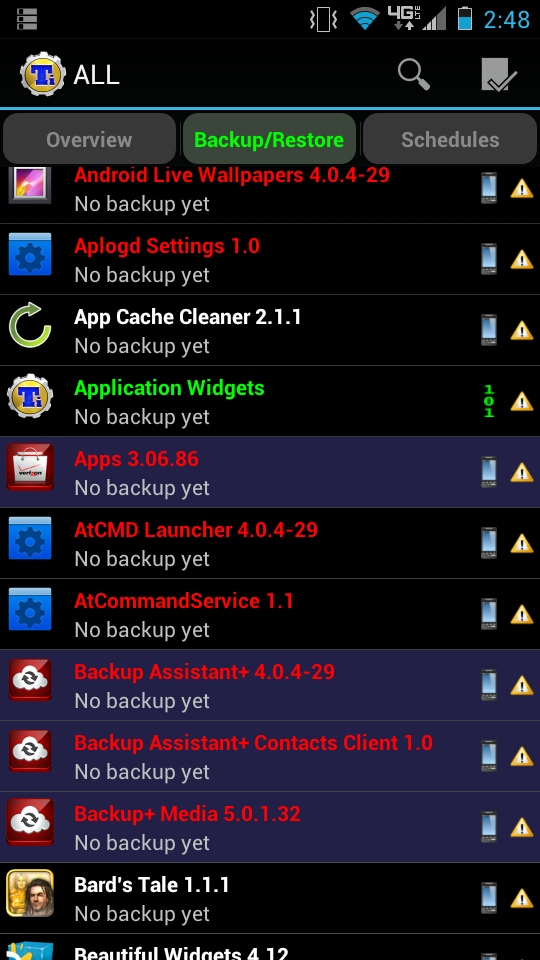 The beauty of it is that it can be reversed at any time by just defrosting the app.

Speaking of OTA updates, when updating devices, system updates often delete user data and information stored on the device. Some manufacturers are meticulous about backing up user data beforehand, but its always better to be safe than sorry.

Titanium Backup can backup all user data for apps and games so that when you are finished the update you can restore this content.

There are a lot of more advanced functions that Titanium Backup can run, but this is not the place to cover them. One of the advanced features, in Titanium backup, includes the option to schedule system backups, and transfer backup data to a cloud storage account on a regular basis.

The most valuable thing to remember is that Titanium Backup requires root access. If you do not root your Android device, then you cannot perform any of the actions we’ve talked about. Think of it like this: Titanium requires administrative access to perform its more prominent functions. So, make sure you root your phone before you decide to obtain and use Titanium Backup.

Titanium Backup can be bought via Google Play for $6.58. There is a free version of the app, but certain restrictions are implemented as far as functions go. Unfortunately, you can not freeze and defrost apps with the unpaid version of Titanium Backup.