Here is a rundown of the top five games that released last week. The games are not top-notch but are still good enough to attract crowds. Check out the list below.

The space horror game is available for PCs right now. However, its launch had been delayed due to a long legal battle. The game was involved in some copyright issues. System Shock 2 is available for $9.99 via Good Old Games. The game is considered as a predecessor to the BioShock game series. With an interesting story and some really good graphics, you would not want to miss this game!

This game is based on the concept of ‘information addiction’. Users are made more addicted to the game through snippets of information. It almost becomes necessary for one to keep checking his phone or email for the latest updates. The game provides a user with number of exercises which help improve concentration. Developers say that changes can probably be seen after only 12-14 days. Generally, users respond with greater concentration levels and improved aptitude.

Available for half its price from Steam, this classic adventure game is gripping, to say the least. The hack and slash formats put a maximum of four players against each other. The players play against each other in different magical levels. The game has been aesthetically designed and is visually stimulating. As one moves to the upper levels, more obstacles appear which can be tackled with a set of magical powers. Currently, the four player pack is available at a price of $22 via Steam. 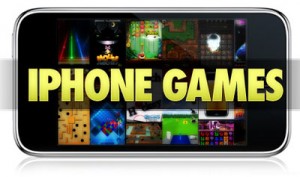 Draw Quest is the successor to Draw Something. If you liked Draw Something, then you are surely going to love Draw Quest. It is based on a similar format. Each day, a drawing objective will be given. It can be as simple as “Build your city” or “World’s best things”. An image will be given and you will have to complete it. You can do a lot in the picture especially because you will be working on your iPad. Once you have finished, you can view drawings from other people. These may include your friends too. You can see how they completed their quests. The game was developed by Moot aka Chris Poole (founder of 4chan). It is currently available free of cost for iPad users.

The name might suggest a children’s game involving a teddy bear and a couple of chocolates. But in reality, this game is very interesting for an adult too. The point to click game takes the user (via his character) into a 16 bit world. Here, you need to solve puzzles to move forward. The puzzles, in abstract form, are themselves pretty interesting. And in the end, there is only one aim of the game – to find the stolen teddy bear! It is currently available on iOS for $1.99.