Recently we covered Toshiba’s Excite 10 LE, the thinnest 10″ Android tablet on the market. Well it turns out, Toshiba met enough success from the Excite LE tablet to also decide to release three new tablets branded with the ‘Excite’ name.

The biggest feature to be included in the three new Toshiba ‘Excite’ tablets is Nvidia’s Tegra 3 quad-core processor. Yes, all of the upcoming tablets will feature quad-core support. We’re pretty excited about that, as quad-core tablets are all the rage these days.

The Toshiba Excite tablets brand name will now be significantly larger thanks to the upcoming release of three new tablets. Keep in mind that all three of the tablets (mentioned below) should not be confused with the Toshiba Excite 10 LE, which is in fact a completely different tablet. 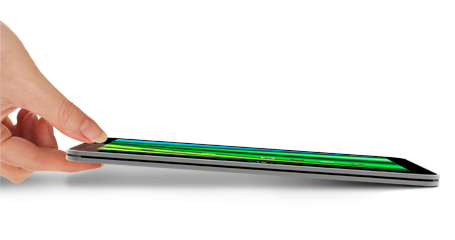 Of course each tablet will include features that separate their individual model from the rest of the pack.

Toshiba Excite 7.7 – The Toshiba Excite 7.7 sports a 7″ AMOLED touchscreen display and is easily the thinnest of all the new Excite tablets weighing in at 0.3 inches in depth. In addition the Excite 7.7 has a microSD card expansion slot for increased user storage options. The Excite 7.7 will be available in two separate models, a 16GB model ($499) and a 32GB ($579) model. 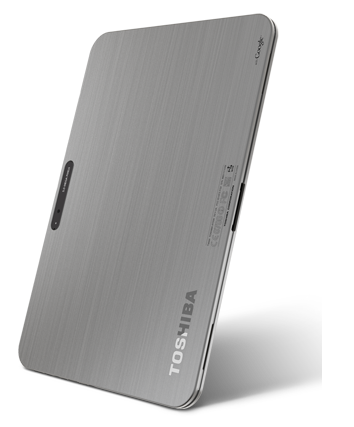 The Toshiba Excite 10 will be the first to hit the market on May 6, and as mentioned above will be available in three separate models upon release. The other two Excite tablets have no confirmed release date yet, but they will certainly be hitting the market soon after the Excite 10.

Not many folks are buying into the Android tablet scene, which is certainly understandable. Hopefully that will change with the Toshiba Excite tablets, it would certainly be nicer to watch an HD flick on a 13″ screen as opposed to a book sized 7″ screen. Although, media playback isn’t the only reason people purchase a tablet, so it’s very likely that these Excite tablets will end up collecting dust like most of the other Android tablets on the market.