Do we all watch too much TV?
Yes. That was simple, wasn’t it.

OK a little detail is probably warranted here. Let me start by saying that I am noty opposed to the idea of TV at all: a lot of programming is of genuine quality, some even attains the status of high art (I’m thinking The Wire here, Misfits, The Fades) and there’s plenty of it out there to consume. I’m not even saying that only the stuff I like is good. There are plenty of obviously well made, worthwhile shows around that I don’t care about at all – but which enrich the lives of the people who watch them.

So far, so good. The problem with TV, particularly in this age of digital TV, where you can get a million channels whenever you want, record everything you don’t have time to watch because you’re too busy watching something else, and generally gorge on the thing, is that we’ve become obsessed with it. As a notion we’re like junk food junkies, helplessly consuming everything noisy and colourful that we can. And we wonder why our families don’t seem as functional as they used to be. 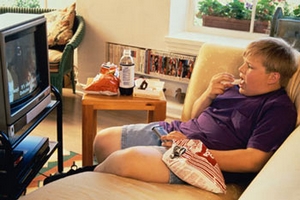 Time to come clean. I have Time Warner cable and I watch more of it than I should. I have to remind myself that the children can’t watch half the stuff I like, and that ignoring them in favour of something I could just record and watch later is hardly right. So in our house we’ve developed a way of doing things.

First, we limit our TV to a couple of hours at night. Second, we make sure that we choose programmes we can all enjoy – and we talk about why we like them, or didn’t like them, when they’ve finished. And third – we don’t watch TV at all at the weekend.

The amount of TV you ingest is a personal thing – that is, the amount of Time Warner cable or Comcast or whatever that is good for you is variable according to who you are. Only you can know what is the right balance of TV and non TV. What you should realise is that nothing is as important as spending free time with your children and family. That’s the whole point of having a family in the first place.

If you want to spend all your life watching TV and never experiencing the real world – well, that’s fine, but not when your kids need you to help with homework, to take them outside for some fresh air and just to enjoy being in company with you. 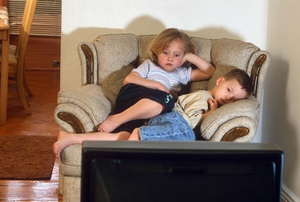 There’s a reason TV used to be called “the idiot box”. Nothing that makes a whole roomful of people stop interacting for huge slices of time can be a good thing – not when it’s used indiscriminately, anyway. I urge you to stage a revolution in your own home. Start rationing out your Time Warner cable usage so you and your kids start to appreciate the TV time you do have. Watch programmes when you enjoy them, not just because you’re sitting there staring at a screen. After all, as a working person you get enough of that during the day.