Social networks are a dime a dozen these days. If you’re not actively using Facebook, you can use Path, Twitter, Instagram, Tumblr, or even something else.

In fact, there are so many social networks already available, it is kind of hard to get excited for a new platform when one happens to come along. The social media market seems, at the very least, saturated.

Nevertheless, new social media networks are being launched on a regular basis. To succeed, these new networks have to offer something the others don’t. That in itself is hard to do, because eventually when something catches on, the leading contenders will begin to implement similar features. As a relatively new platform, even if you have something unique drawing users away from Facebook, eventually they will return to it when the social media giant borrows your ideas. A perfect example of this concept is the Facebook/Instagram acquisition.

Seemingly overnight Instagram became a hit, as droves of mobile users flocked to the platform to make use of the various artistic filters and the hipster-like social media service. Not long after, Facebook acquired Instagram and even though their future plans for the platform are still hush, hush, there’s no doubt about the fact that, eventually, Instagram will be integrated with Facebook.

Nevertheless, new social media platforms continue to appear. Developers are still trying to make the latest and greatest social platform. Interestingly enough, we’re here to talk about one such service. 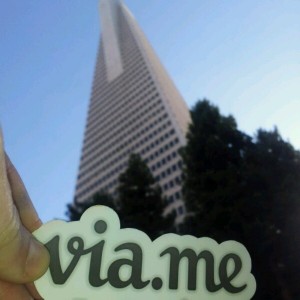 To succeed in the world of social media you have to implement native integration with the big names in the business, and that goes for every platform, including mobile. All the top names like Instagram, Path, Tumblr, and Pinterest include one crucial element: native Facebook and Twitter integration. Every status update, and post you make, on one of the aforementioned sites, can be shared simultaneously to Facebook or Twitter. It stands to reason that native Facebook and Twitter integration is a highly demanded feature.

Via.Me is, believe it or not, a standalone social network.

It helps if you think of Via.Me as an Instagram clone, because it actually does look and feel a lot like Insta, only Via is also packed with features from other social networks. Unique features pf Via.Me include video and audio uploads, the option to post a status update, and a personalized news feed. 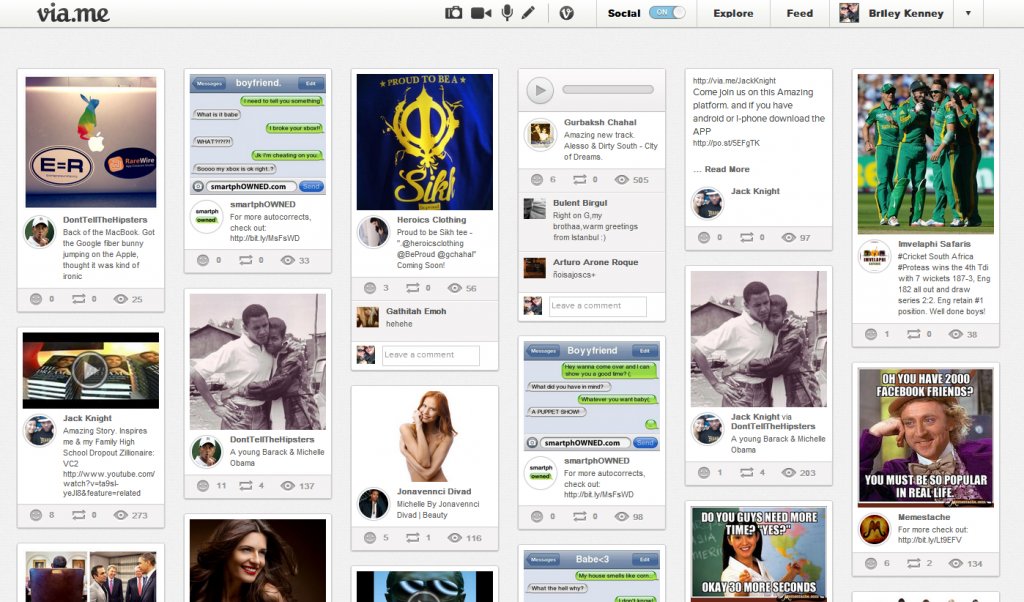 The main Via.Me activity feed is reminiscent of Pinterest when the site is browsed via the standard website. When browsing Via.Me through a mobile app, the feed looks more like a combination of Instagram and Tumblr. If you’re not quite sure what we’ve just described to you, then direct your eyes towards the lovely images. 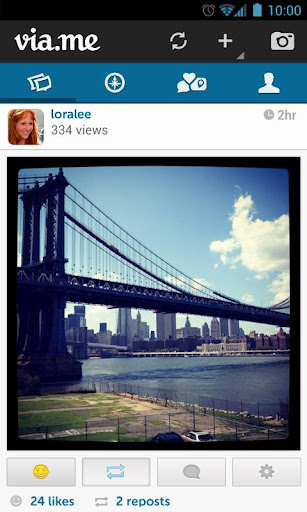 Via.Me also has an oddly familiar trending tab, that displays content and media that are currently popular with the masses. A lot of the trending content on Via is almost identical to what can be found in Instagram, so you shouldn’t expect to see anything new. Unless of course you’ve never used Instagram, and if that’s the case welcome to the partayy!

But what is an Instagram clone without its hipster artistic photo filters? Don’t be discouraged, because Via.Me certainly has those! Whether you’re uploading a photo from your personal storage, or taking one with your mobile camera, you can make the resulting image look fabulous with one of many available filters. However, the filters can only be applied when you use the mobile app.

Via.Me is Now Available For Android, and iOS 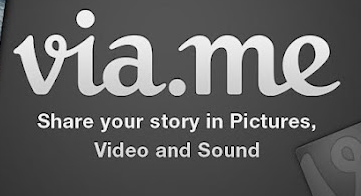 A Via.Me mobile app has actually been available for iOS for some time now, but it was just released for Android via Google Play. Android users can now download and install the app for free.

We recommend signing up for a new account using your existing Facebook or Twitter accounts. This will let Via.Me import users who are already taking advantage of the platform so that you don’t have to go searching for friends right away. Of course, this is a social network we’re talking about so you’ll need to introduce Via.Me to all your friends and family, clearly so you can share media content with them too.