In an effort to combat movie streaming services like Netflix, Wal-Mart has partnered with VUDU, to allow customers the option to convert physical DVD’s and discs to digital form thanks to the Wal-Mart Disc to Digital service. The Wal-Mart Disc to Digital service will allow customers to bring their physical disc movies (DVD’s, Blu-Ray, etc.) into any Wal-Mart store which will then be uploaded to the customer’s VUDU account.

For those who aren’t aware, VUDU is a Wal-Mart owned streaming service, and is currently available on “50 million TV sets, Blu-ray players, video game consoles, tablets and mobile phones.” 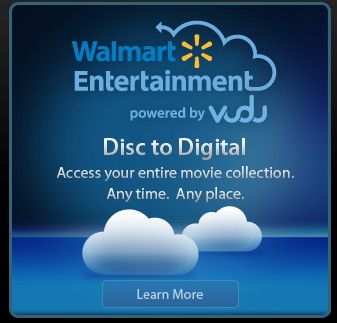 Wal-Mart Executive Vice President John Aden said that the program will, “provide more choices for customers.” He also went further to say that, “physical and digital movie ownership are not mutually exclusive.” Which means that Aden believes customers who own a physical copy of a movie should, by all rights, be able to own a digital copy of the same movie; obviously only if that movie is obtained through legal means. Because of this idea that physical and digital movie copies should compliment one another, Wal-Mart has decided to launch the Disc to Digital service.

In order to kickstart the program Wal-Mart has partnered with Sony Pictures, 20th Century Fox, Universal and Warner Bros., which will allow them to accept physical movies from any of the aforementioned production studios for use in the service. 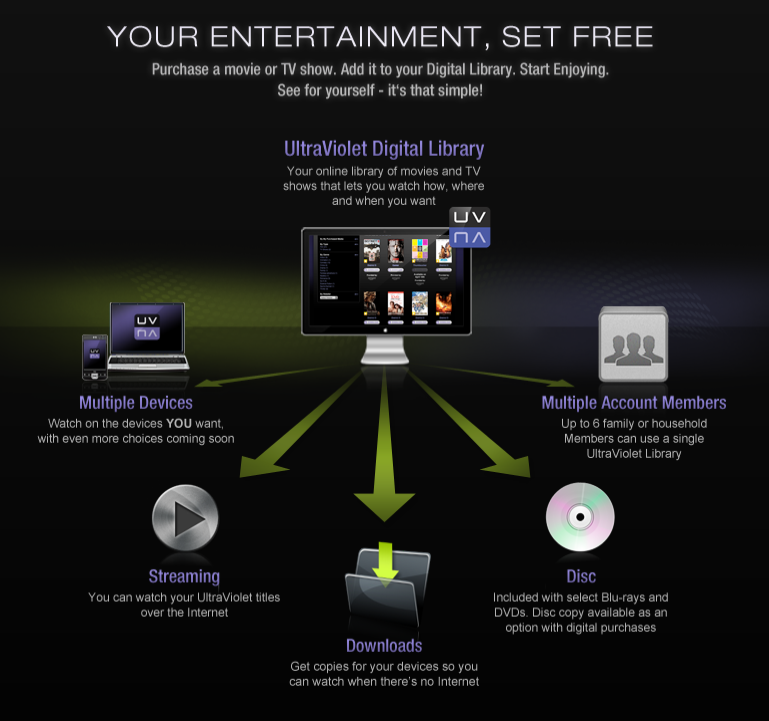 The Wal-Mart Disc to Digital service will integrate support with the UltraViolet digital locker platform, which has basically been designed to thwart piracy and encourage consumers to purchase more movies. The UltraViolet digital locker platform basically serves as a combined digital storage space and a storefront for consumers to purchase digital movies. UltraViolet is the first, and biggest, jump into the digital world for the movie industry.

With UltraViolet users can access their content on up to 12 separate devices and share with 6 other family members (that live in the same household). In addition, the videos and content can either be streamed through the native UltraViolet streaming service, or can be downloaded to authorized devices.

One of the major drawbacks of the UltraViolet digital platform is that there isn’t a lot of content to choose from, which would be a serious problem for most Netflix streaming subscribers who are accustomed to a lot of choices. If the UltraViolet service doesn’t increase in content selection, people may never warm up to using it.

But UltraViolet has seen a significant increase in it’s user base lately, which means that consumers are still willing to purchase movies- the only hurdle left for the service is to make more content available to those interested consumers. 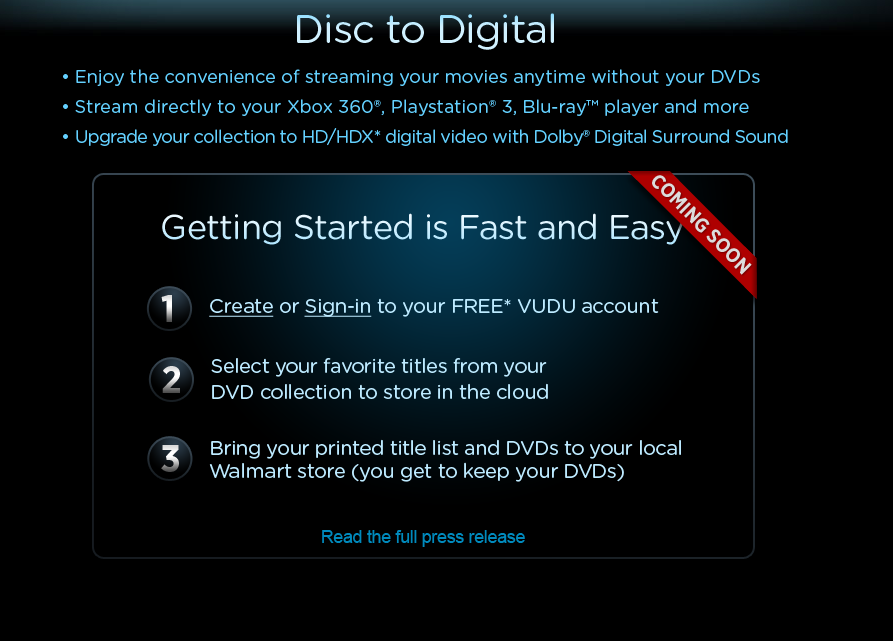 The Wal-Mart Disc to Digital Service will start April 16, and will be available in all Wal-Mart stores.

Customers will be able to walk into a Wal-Mart and sign up for a VUDU account free of charge with the help of an employee, then will convert their optical discs to digital form using the unique D-to-D kiosk. The digital conversion will take seconds to complete and by the time it’s finished customers will then own a completely digital form of their favorite DVDs and Blu-Rays.

As mentioned above the service will cost $2 per DVD or Blu-Ray conversion plus an extra $5 per DVD that’s upgraded to high-definition format (Blu-Rays are already converted to high-def digital copies).