Hardly three months have gone by since the release of the iPhone 5. And it has since been enduring an endless stream of criticism. Even Apple fanboys had not much to say in favor of the new iPhone. And this was the chance that competitors needed to grab some market share.

The original Apple iPhone was a revolution, a trendsetter that paved the way for future smartphones. But the iPhone 5 fails in this regard. It is just a gradual evolution of the existing iPhone but not a revolution in any sense of the word. Apple needs to tackle the problem on various fronts to bounce back in typical apple style.

The iPhone 5’s design was its prime weakness. It was a strange decision by apple to simply bring out a taller device whereas wider screen would have made typing text easier. But personally, I’d rather have a smaller screen since it makes navigation that much easier. 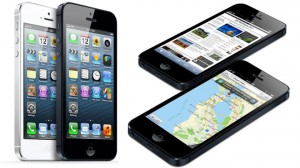 Although, fresh news suggests that Apple has filed patents for a revolutionary technology. Apple is looking to keep the external-facing components hidden. They intend to use a polymer-dispersed LCD window that can change its opacity on demand. Remains to be seen whether they can do it time to counter the upcoming Samsung Galaxy S4.

All everyone seems to talk about is how apple’s rivals are supplying devices with multi-core processors. However, if a device can run OS without any delay or lag and deliver flawless working experience, then the point about processors is rendered moot. The argument remains “which is a better OS”.

iOS has existed for a while now. And frankly it’s been a stalemate for quite some now. The UI certainly needs a revamp. With competitors coming with innovative ideas every day, the current UI appears very basic. There are a bunch of possible tweaks apple can make to iOS to keep users interested. 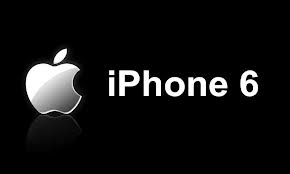 iPhones are not famed for being cheap, but with competitors doling out products priced much lower than an iPhone, they appear pricier than ever. There can be no doubt that the glassy and finely fitted device costs more for materials alone. The quality is certainly higher than some plasticky Android device. But not everyone is convinced it’s worth paying an extra $100 for an iPhone.

Apple needs to push the envelope like before and usher in an era of contactless payments. People would like to have the freedom to use their device itself to handle their payments. On this front, there is speculative news that apple is closely studying Australian fingerprint technology used for mobile payments. NFC is a definite possibility on the iPhone 6.

Also, the thing on everyone’s mind is apple maps. Apple really needs to do their homework right and bring in a competitive, if not better, mapping app than rivals Google. The fanboys are hoping for an upcoming ultimate iPhone. Hopefully June 2013 will see the new iPhone 6 or maybe a 5S model. But rather than an upgrade on the available device, Apple needs to think out of the box and bring in something quite revolutionary. What they need is the Midas’ touch that has been sadly absent since the passing of Steve Jobs.