There was once a time when phones were getting smaller – the smaller the better. And then they started getting bigger. Then they got thinner. It seems the trends are again changing. From 4 inches, smartphones are now moving towards 5 inches. I think 5 inches is enough – bigger than this is just too big.

It’s not that I don’t like big phones – I love the Galaxy Note II and Galaxy S III (along with the others). These phones are great; but then, if you need big phones, why go for phones? Get tablets. I have an Android tablet, and I’m extremely happy with it. But as long as my phones go, I have a tiny Blackberry that fits my tiny hands. 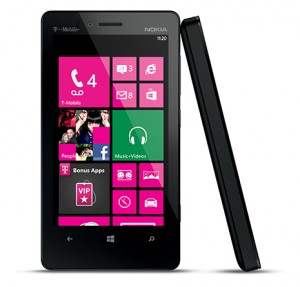 As many people find, larger phones are more difficult to handle – especially the people who are more into chatting. It is difficult to type on such phones. This is why most phones stick to around 4 inches.

There are many phones that are launching bigger displays, like Samsung, Nokia, HTC, and Motorola. And then we have Apple that has stuck to its 3.5″ display for years… until the iPhone 5.

Though iOS, Android, and Windows phones may be of almost the same sizes, they have very different working as they are different platforms. Let’s take all the major 4 inch phones and compare them to know which one is the best.