Microsoft has been touting that some exciting games will be coming to Windows 8, and they’ve also been bragging that the latest OS will take advantage of the Xbox 360’s catalog. We’ve been left in the dark about what titles will be available at launch, until now.

Microsoft has released a complete list of titles that will be available to play on Windows 8 when it launches on October 26th. Most games are already available for Xbox Live subscribers on a Xbox 360, but Microsoft has also hinted at exclusive titles just for Windows 8.

If you like games as much as we do, chances are quite high that you’ll need to see the full list of titles that will be ready at launch. Luckily, Microsoft has released said information via the Windows 8 blog and Xbox website. We’re incredibly compassionate folks here at The Tech Labs so, in the spirit of celebration, we’ll list those titles here, that way you don’t have to navigate to those other pesky sites (unless you want to, of course).

Microsoft clearly has plans to expand the Windows 8 game catalog too, and they’ve promised to bring more titles to the platform throughout the coming “holiday and beyond”.

The games will be available to play through the pre-installed Xbox Games app. Arguably the best news, is that all Xbox games for Windows 8 will include full support for achievements, online leaderboards and multiplayer game modes. That means you won’t lose functionality and features in the best games just because you’re playing on Windows 8 instead of a Xbox 360! This is excellent news indeed!

It’s likely that the Xbox gaming experience will be essential to all Windows 8 platforms including mobile devices and tablets. Microsoft’s Windows 8 Phone and Surface tablets will also take full advantage of the Xbox live service, including support for game achievements and online leaderboards. While we may not necessarily see a Gears of War or Halo title, on mobile devices and tablets, we can expect to see a growing number of Arcade titles being developed for alternate platforms.

Now, you’ll actually be able to have a similar experience between all cross-platform devices including Windows 8 PCs, the Microsoft Xbox 360, Microsoft Surface and Windows Phone 8 devices.

When Can I Play The Xbox Games on My Windows 8 PC?

As we’ve already mentioned above, most of the titles Microsoft unveiled will be accessible right at the launch of Windows 8 on October 26th. We repeated that tidbit of information just for you folks who got too excited and forgot to pay attention, we know we are genuinely nice. There is no need to thank us. 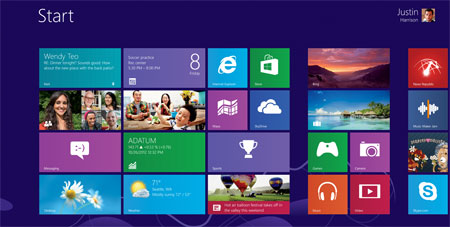 Windows 8 users will be able to experience the fun that is Xbox Live without owning a Xbox 360 console!

The Games for Windows Live service for Windows 7 and XP is appalling, because it destroys performance by being a serious resource hog and ruins the online features of individual games. It looks as if the updated Xbox Games service for Windows 8 will be a much better experience, but let’s hope it stays that way!