WiseFixer is one of the best registry cleaner and system performance suites available on the market. Our time with the software was short, but in that time we found it to be exceptionally fast and accurate. WiseFixer includes various system tools and performance options, but at its core it’s essentially a registry cleaning program first and foremost.

What exactly is a registry cleaner you ask? Well, let’s get to that.

Over time, a Windows based computer will begin to slow down. Truthfully there are many factors that tie into the gradual degradation of Windows performance, but one of the biggest problems involves the Windows registry.

Sure enough, you’ve probably heard a few gurus and computer experts refer to the registry but that doesn’t exactly help you understand what it is. 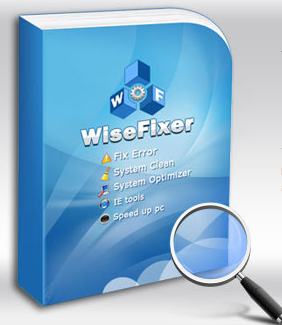 Think of the Windows registry as a catalog, a very detailed catalog that includes information about every process, application and file stored within the operating system. Every time a user uninstalls, installs, alters, or creates a file or program the registry is altered to reflect the change.

As programs come and go, and users fill up an operating system with software the registry begins to get bloated with information, which at times can be quite useless or unnecessary. Sometimes when a program or application is uninstalled it can even leave behind traces in the registry; which ultimately means there are useless registry entries just collecting dust. This after effect can lead to a gradual slowdown of the operating system as its required to sort through a bloated registry.

To prevent such problems, and to also help protect the operating system from dealing with a fragmented registry, there is a special utility tool called a registry cleaner. The basic principle of a registry cleaner involves scanning the registry for useless entries like what we mentioned above, and for serious fragmentation errors. The cleaner program will then remove useless registry entries and clean up the registry to improve performance.

Unfortunately not all registry cleaners are trustworthy, and sometimes if a user is not careful important registry entries can be deleted without warning, subsequently causing the operating system to fail. Everyone who owns a computer knows how terrible it is when your operating system doesn’t boot.

That’s where The Tech Labs is happy to come in, we’re going to review WiseFixer, one of the best registry cleaner and performance suites on the market.

It’s time to justify our claim that WiseFixer is one of the best registry cleaner applications on the market.

Wisefixer essentially tidies up the entire system registry, monitors running processes, and helps users manage start-up applications and programs. All of these features when utilized correctly will help influence the overall performance of any Windows based device. 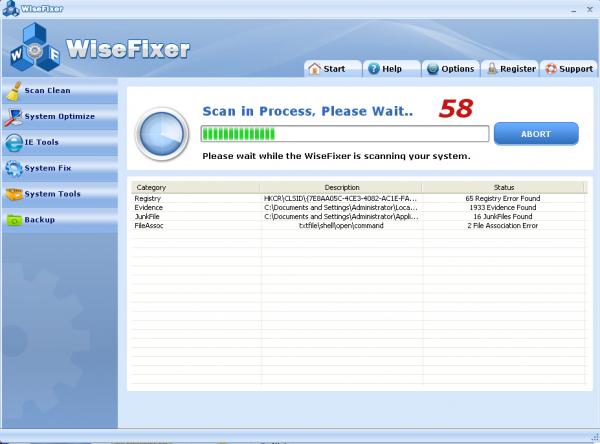 Naturally when choosing a product like WiseFixer (especially one that has been deemed the best registry cleaner), it’s important to know whether the service it provides is credible and accurate.

As we discussed above, a registry cleaner has the potential to ruin the Windows operating system if it gets too generous when removing and cleaning registry entries.

WiseFixer is indeed accurate, and safe to use. Our repetitive tests showed that WiseFixer thoroughly cleaned a fragmented registry on several occasions without causing any serious software issues. Just the registry cleaning tool helped speed our machine by a noticeable amount – boot times improved as well.

The WiseFixer registry cleaning tool also includes a temporary file and internet cache cleaner that helps reduce cookie clutter (not the chocolate chip kind). But these days temporary internet file and cache cleaners are a dime a dozen, so it’s best to think of this feature as an added bonus.

The WiseFixer bundle also includes various tools such as a software driver and device error toolkit, an ActiveX problem scanner, a Windows shortcut cleaner, a file format and file association manager and a Winsock2 repair tool. A couple of the tools like the Winsock 2 repair application, the file association manager, and the Windows shortcut cleaner are subjective, simply meaning that some users will rarely take advantage of the services they offer because the tools aren’t integral to the inner workings of the Windows operating system. 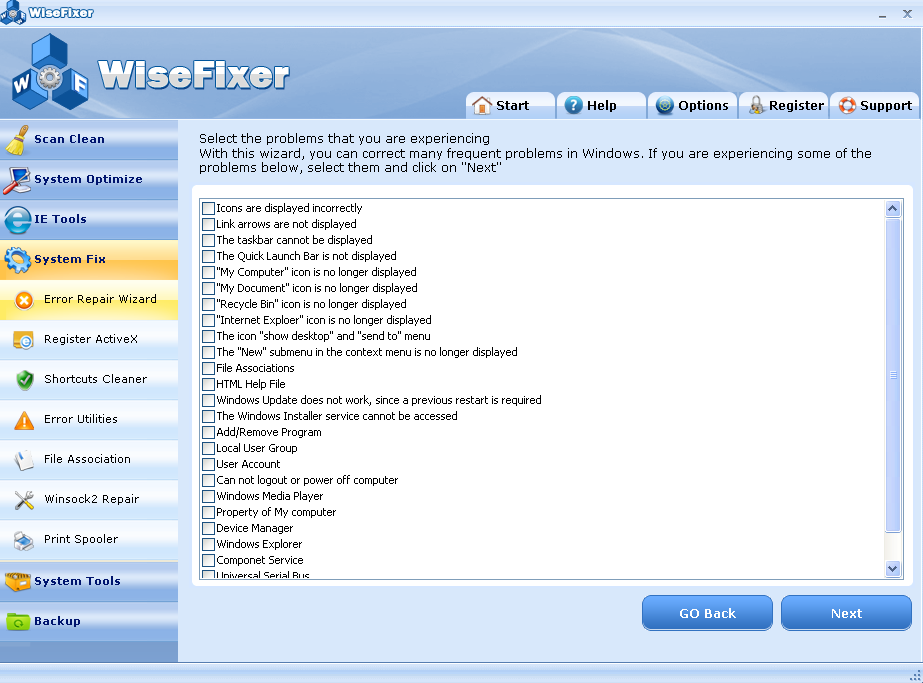 During our tests the system scanner (driver and resources) picked up a couple removable files, and the separate ActiveX scanner also picked up quite a list of problematic entries. After a quick backup was done we removed the related files and registry entries and continued on our way.

The entire WiseFixer suite boosted the speed of the test computer and made a noticeable difference. It’s important to note that Wisefixer is not a solution to a much needed computer or RAM upgrade, but can potentially boost the performance of a dated Windows install.

WiseFixer offers a performance boost, is safe and reliable and also includes extra cleaning and organization tools; if that doesn’t prove it’s one of the best registry cleaner and performance suites on the market then keep reading.

WiseFixer – What Being the Best Registry Cleaner Looks Like

In order to hold the title for the best registry cleaner, the related software doesn’t just have to work properly, it also has to look slightly endearing and be easy to navigate.

The WiseFixer user interface is clean and straightforward, and in a world of infinitely complex technology, that’s a great feature to include – especially for the average consumer. Real-time notifications help keep users informed about what’s happening with the application, especially if its set to run automatically on a schedule in the background similar to antivirus software.

When compared to similar applications (CCleaner, System Mechanic, PC Health Advisor) WiseFixer is fast, clean and encompasses a minimalist approach, which just adds to why its the best registry cleaner. Even though WiseFixer does add several various PC and software tools, the entire install doesn’t take up much space (at a little over 4MB total). The WiseFixer scanning processes and tools are all quite speedy, while remaining completely effective. 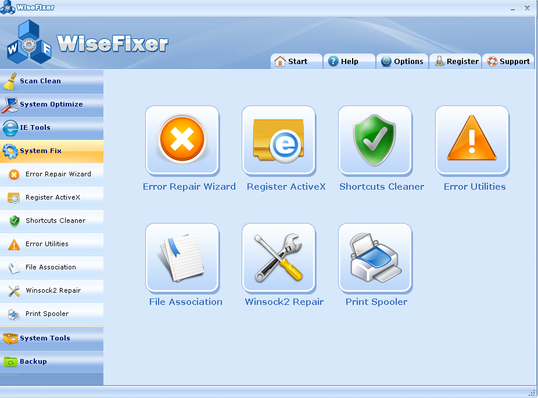 But even though WiseFixer is the best registry cleaner, it does have one rather evident flaw. After a scan has been completed, the program does not do a good job identifying and explaining entries that have been suggested for removal. This means that in some instances users may accidentally remove entries and delete files without actually knowing what they are; but seeing as the WiseFixer software does a good job at finding only useless files, this isn’t necessarily a serious problem.

Another minor annoyance is that WiseFixer does not offer a free computer scan before requiring the software to be installed, which is unfortunate because their website advertises the free scan to be possible. Realistically interested consumers are required to download and install the software before anything can be done. While most folks can overlook this setback, there are a few who like to see what the registry cleaning software can do before installing the application.

Overall WiseFixer is one of the best registry cleaner and performance suites on the market, and includes several optimal features, namely a reasonable price tag ($38.97 for a single user license). WiseFixer also includes some software tools we didn’t talk about in this review like a system optimizer (defragments unused memory and shuts down unnecessary system processes and services) and a browser fixing tool for when Internet Explorer is being crabby.

If you’re in the market for one of the best registry cleaner and performance suites then WiseFixer should be your choice. The cheapest (and most reliable) place we found to purchase and download WiseFixer is the official WiseFixer site.