The evolution of Microsoft’s Xbox 360

dashboard has been slow and steady up until now. Finally after months of waiting the new dashboard is up and running and it’s awesome – especially if you’re a Kinect user! Okay, so a few of us took an arrow to the knee with connection issues (myself included), but now I’m all up and running and I’m ready to review this revolutionary new system the boys at Microsoft have cooked up for us.

The look and feel of the new dashboard is probably the most noticeable difference. Nodding its head to the slick and new Metro interface Windows 8 will have, the new dashboard will allow you to scroll through categories from side to side and has each section is split into a selection of easy-on-the-eye blocks. Not only does this replace the ugly list style we grew accustomed to, but it feels so much easier to navigate your way through menus.

Bing is of course an entirely new feature on the Xbox 360 dashboard. Designed to take us into the future with voice control, Bing will allow Kinect users to search their Xbox 360 for specific movies, television shows, games and pretty much anything on Xbox Live using the mighty power of voice control. Of course, if you don’t own a Kinect then you can simply use your keypad like a caveman and it will come up with a few auto-completes as you type.

Quickplay is another brand spanking new addition to the dashboard. As the name probably suggests, it’s simply a menu on the home blade that allows you to scroll through games you’ve played most recently. Of course, it’s not exactly a significant new feature but it’s definitely one of the many extra perks to updating your dashboard.

The social menu integrates your Xbox friends and social apps all under one roof. This might not sound like much, but what Microsoft have managed to do is implement a new system that allows you to subtly alert your friends when you want to play a game with them. So for example, if you feel like playing Call of Duty with someone, you can use Facebook to send what’s known as a beacon to some of your friends, telling them that you’re free to play at a certain time and that you’d like them to join you. This is much better than intruding someone’s game uninvited or posting a status asking if anyone wants to join you.

But wait, the Facebook fun doesn’t stop there! You can now share your Xbox Live media activity with your Facebook account. So, instead of posting a status update on your Facebook saying something along the lines of “I’m watching Hangover Part 2, its mint”, you’ll now be able to subtly share this with your friends by an update from your Xbox 360. 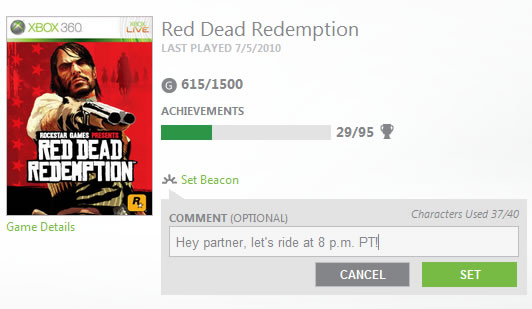 The cloud saving feature is probably the most impressive new perk to this brilliant dashboard upgrade. Have you ever been at a friend’s house and you’ve been dying to show them that level you’re stuck on or that boss fight you just can’t seem to win? Well, with cloud storage you’ll be able to access your gamertag no matter what Xbox 360

you’re using without having to carry around a memory card or even worse, your HDD! This is also going to be a lifesaving feature for anyone whose Xbox decides to stop working as you’ll have all of your information backed up on the Cloud storage facility. Unfortunately, you will need a Gold subscription to use the Cloud feature, but c’mon, what’s an Xbox 360 without a Gold account? 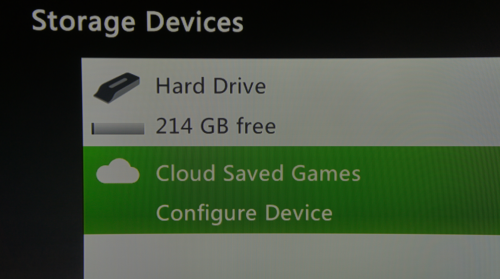 You would have to either be completely mad or a serious die-hard PS3 fan to dislike the new Xbox 360 dashboard. Microsoft are clearly allowing you to spread out your social pipeline by allowing you to do awesome things like use beacons, share information and access your saves from outside the comfort of your own home. True, you’ll need a Gold account to benefit from a large majority of the new features, but there is no denying that the layout is far more pleasing than any previous dashboard update.

This article was produced by Liberty Games, retailers of new and second hand arcade machines to buy for your home.

Note From TheTechLabs: The cheapest place we found to purchase an Xbox 360 with Kinect is Amazon. Click here

to see the compare the different versions available on Amazon and choose the one you want.
[DEAL_OF_THE_DAY]