If you want to experience the new Microsoft Kinect motion gaming device, then you will have to purchase a new Xbox 360 Slim.

The Kinect does not work with any other model besides the Xbox 360 Slim, which means even Phat owners must purchase a new console to take advantage of Kinect and its amazing features.

But Kinect support is not the only reason to purchase an Xbox 360 Slim, the new console version has been outfitted with a plethora of features that ensure it is far superior to earlier models of the Xbox console. 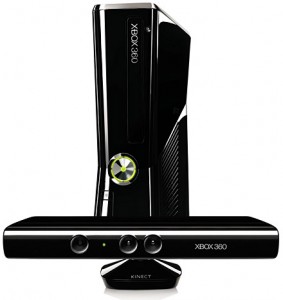 One of the first things you’ll notice when comparing the Xbox 360 Slim to older Xbox models is the decrease in size; while the console may not be “Slim” as the name suggests, it is slightly smaller when standing on its side. For those wishing to see a better size comparison, the old Xbox dimensions are roughly 195mm x 25mm x 79mm, while the new Slim console is 105mm x 20mm x 75mm. Most of this change in form factor is due to the relocation of the Xbox hard drive, which is no longer seated at the top of the console, but is instead connected via a hidden dock. The new hard drive bay is located at the top of the console, and is covered by a detachable lid. 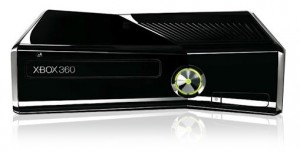 The Xbox 360 Slim console has an integrated 802.11 N wireless card which enables users to take advantage of the Xbox 360’s internet capabilities without the need for pesky cables and wires. Of course an active Xbox Live gold subscription is also required to game online and use various online features of the console.

Another added feature is the touch sensitive buttons integrated into the Xbox 360 Slim case, which turn the console on and off or eject the disc tray with the touch of a finger. Melodic tones chime away when the console is powered on, and serve as a refreshing addition to the sleek and sexy look.

USB Ports: The Slim console includes five USB ports total for external device support; two ports are on the front of the console and three are on the back.

HDMI: It goes without saying the Xbox 360 Slim model includes an HDMI port for high definition audio and video output. No HDMI cable is included with the console, so users interested in taking advantage of the port must separately purchase one.

Audio/Video: The Xbox 360 Slim model includes an HD and standard definition cable (like the Phat models) that connects to the A/V port on the rear of the console.

Power: The Slim model includes a power input, but also includes a much smaller power supply; which means no more power bricks.

Along with the new Xbox 360 Slim comes a host of new accessories, which have been redesigned to match the new form of the console. 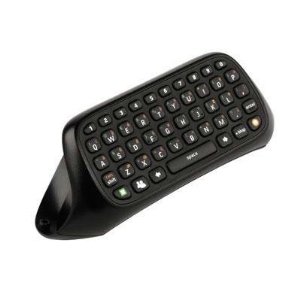 The Xbox 360 Chat-pad is a wireless QWERTY keyboard that attaches directly to the official Xbox 360 controllers (both wired and wireless). It allows players to communicate via text quickly and efficiently and works seamlessly with the Xbox Live messaging system, Windows Live messenger features and or the Social Media apps. The pad snaps directly onto the bottom of a controller and is completely removable when not in use. The chatpad is also bundled with an Xbox Live compatible microphone and headset. 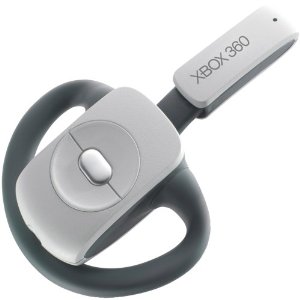 The Xbox 360 Wireless Headset connects to the Xbox 360 Slim console and allows users to voice chat with other players. By default the Xbox 360 Slim comes bundled with a wired headset that connects to an Xbox 360 controller. The wired headset produces less than optimal quality and is cheaply made, often breaking during standard use. But the Xbox 360 Wireless Headset eliminates those major issues by providing wireless audio support with great quality sound. The headset includes an integrated lithium ion battery which is quoted to provide 6-8 hours of consistent use before requiring a recharge.

The Xbox 360 Quick Charge and Play and Charge Kits allow players to connect rechargeable batteries to their wireless controllers, eliminating the need for expensive AA battery replacements. The Xbox 360 Quick Charge kit allows players to quickly replenish a spent battery in a very limited amount of time, it’s great for those players who just want to get right back into the action. The Xbox 360 Play and Charge kit allows players to charge a battery while they continue playing games, the battery is charged through an added extension cord that plugs directly into an open USB port on the console.

So there you have it, everything you ever needed or wanted to know about the new Xbox 360 Slim console. Unfortunately if you want to use the Kinect, you gotta get slim by picking up the new console model. It’s worth noting that the integrated wireless in the Xbox 360 Slim is only compatible with 2.4GHz networks. Anyone interested in connecting to a 5GHz dual-band network is required to purchase and connect the optional Xbox 360 Wireless adapter.

The cheapest place we found to purchase an Xbox 360 Slim is Amazon. Click here 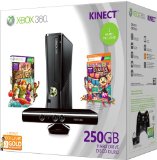