Recently there has been a rumor going around about the Xbox 720 and its ability, or lack thereof, to play used games. Various sources, forums, fans, and non-fans are all speculating about this rumor; used games will not function on the new Xbox 720 console.

If you were to ask consumers who Microsoft will hurt by not allowing the Xbox 720 and used games the ability to work together, the majority would tell you (with strong opinions) it hurts them, the consumer.

There are also others that could be hurt. Used game retailers and the video game rental industry are two markets that could potentially take a big hit, depending on how the specifics would play out. 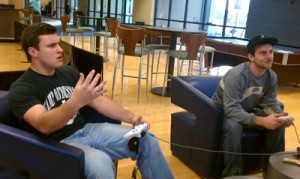 Companies such as GameStop and retailers like pawn shops receive large revenues from the sale of used video games. These companies are able to purchase games from consumers at low prices, sell the used games for a drastically higher price, and all the revenue is theirs to keep. If used games are a thing of the past, these companies would need to rethink their business model.

Gamefly, Blockbuster, and Redbox are all big names in the video game rental industry. If it was clear that used games could absolutely no longer be used on consoles, it would destroy companies such as Gamefly that would likely cease to exist. 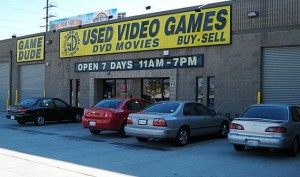 There are methods being discussed that could provide a work-around for these downfalls. For example, GameStop could be able to resell a used disc (if games are still on discs), but they would have to purchase a new activation code from the developer. When a consumer purchases the game from GameStop, they would need this separately purchased code to have access to the software.

For rentals, a system could be in place where the user would download the software or rent the disc, and then purchase an activation code that would be usable for a specified period of time.

As for people upset about the possible lack of ability to lend games that this policy may cause, Microsoft could use a method similar to what Amazon implemented for its Kindle Books lending policy. Amazon’s policy allows for someone to lend the license for a book they have purchased to another user for a short duration. During that time the original owner is not able to access that book. 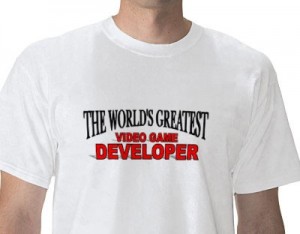 Two of the main supporters for this possible ban on used games are the publishers and developers of video games. When games are sold on the resale market, developers do not receive any money. 100% of the sales go to the person or company that sells the used game.

This is a big problem for the developers who feel they should get a share of the money every time someone purchases their game for play. Developers feel that in order to keep producing quality games, they need to see a decent share of the revenue their game produces.

Though many fans are in uproar over this rumor, the potential relationship between the Xbox 720 and used games is not anything new in the entertainment industry. There is an abundance of games available for the PC that require an activation code in order for the software to be useable.

Steam is a method of digital distribution that is widely used in the gaming industry. Microsoft could put a similar method to work for the Xbox 720. Steam allows consumers to purchase content directly from the developer and publisher and skip the middle man reseller, which generally results in cost savings for every party involved.

One advantage of using a method such as Steam is the elimination of the retail store. A major factor in the dislike being portrayed by consumers is the price point of games. Currently most games are being sold for $60. However, if the retailer is cut out, the price for new games could drop drastically. The price for a new game could drop down to $30 or so, since the mark-up by the retailers will not be present.

Many people don’t realize that some entertainment devices already use similar methods to what is being rumored here.

Think about smartphones and tablets. To add software to these devices, you must purchase an app from the marketplace, and then download the app directly to the device. You don’t ever see a disc. And if you don’t want to use the app anymore, you cannot resell it. You just delete it and carry on. This method is cheaper for everyone involved, and if games for consoles went this route, the prices for their software would likely drop as well. 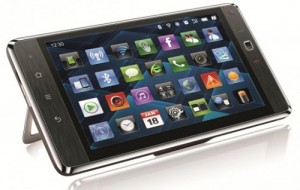 Some fans of the Xbox are making threats such as, “If Microsoft does not allow used games on the Xbox 720, I’m jumping over to the PS4.” However, it is quite possible the next generation Sony console will take a similar approach towards used games.

Sony has already somewhat hindered the resale of games on their latest release, the Sony PS Vita. For the Vita it is still possible to purchase hard copies of games, but the same games are also available for download at a lower price through Vita’s marketplace.

We will likely have to wait a while before we find out the specifics for the Xbox 720, Nextbox, or Durango (all names currently being used for Microsoft’s next generation console). Many sources were speculating that info would be released at CES 2012 in January, which didn’t happen. However, it is likely that Microsoft will reveal some more details about the Xbox 720 at the upcoming E3 Convention in June. 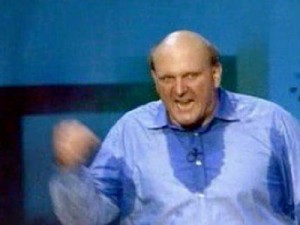 The relationship between the Xbox 720 and used games is just a rumor, but feel free to speculate, it is our right as humans. Another similar rumor I heard (and by heard I mean just made up) is that every time you turn on your Xbox, Microsoft CEO Steve Ballmer will come on the TV screen and shout “DEVELOPERS, DEVELOPERS, DEVELOPERS” at you for 30 seconds before you are able to access any menu items.

What are your thoughts on all this?  Will the presence of Steve Ballmer on your screen and the lack of used games prevent you from purchasing this new system?  Or are you one of the few that are optimistic and see the benefits that this method may provide, such as lower price points and convenience?