Halfbrick Studios has a lovely little game for iOS called Monster Dash. In it, you play as Barry Steakfries, a wisecracking hero trying to run, and blast, his way through an endless horde of monsters. The game essentially plays like a platformer, only the screen moves on its own. You must guide Barry as he jumps over obstacles, and gaps, and blasts enemies.

The game is easy, addictive and loads of fun.

Unfortunately for Android users, the game is only available on iOS. The only way you’ll be able to meet the incredible wit of Barry Steakfries, is if you pick up HalfBrick’s first title starring the hero, called “Age of Zombies.”

Age of Zombies is an entirely different game altogether, but it’s still loads of fun.

If you’re ready to try out a game remarkably similar to Monster Dash though, albeit with a few extra features, then you’re in luck!

Zombie Dash is a Monster Dash Clone or Android

At first glance, Zombie Dash looks a lot like Monster Dash if only because of the similar cartoony theme. At its core, Zombie Dash is a clone of Halfbrick’s title but Italy Games has added a few improvements. We could even go so far as to say that the improvements make Zombie Dash better than the original title.

Zombie Dash certainly isn’t a deep, engrossing game, but it is undeniably fun!

“When your town is overrun by the walking dead, there’s only one thing left to do – cut down wave after wave of zombies in this endless shooting adventure! Hear the sweet screams of the zombies as you strafe them with submachine gun fire or explode them with special weapon pickups.”

Zombie Dash is Addictive And Fun!

Don’t worry ladies, before you begin playing you can choose between a male or female character. That feature alone should sweeten the deal!

Like Monster Dash, your character runs along a predefined course, and your job is to assist them in avoiding obstacles and dispatching enemies. The goal of Zombie Dash is clear, you are trying to run as far as you can, thus achieving the highest score possible. The further you get it in the level, the higher your score will be.

As your character runs farther, the game gets progressively more difficult. More obstacles begin to appear, the screen moves a lot faster, and more enemies drop into the level. The level scenery, backgrounds, and even enemy types change over time as well, that way you’re not constantly looking at the same things while you run. Every 1,000 meters, the level changes and brings you to a new area. 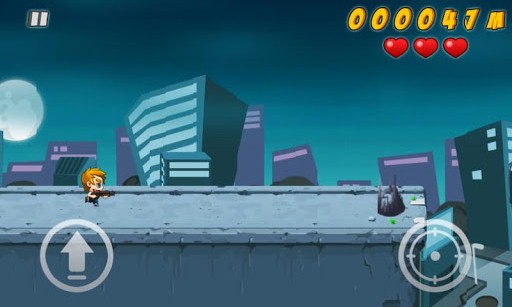 A bonus, which sets Zombie Dash apart from Monster Dash, is the possibility to obtain coins while you run. Randomly throughout the level, a bunch of coins will appear for you to collect. In addition, you earn coins for every monster kill. The coins can be used to buy better starting weapons, starting equipment and more health. 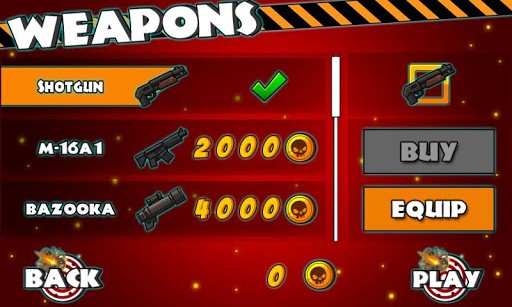 Of course, you can also collect random powerups in each level that give you a better weapon, or powerful resources, for a short period of time. There are also health powerups too so that you can stay alive longer and restore your health when it is low.

When you begin, you only have three hearts. This essentially means you can be hurt three times before the game is over. Once you save more coins, you can buy hearts and increase your maximum health so that you last longer. 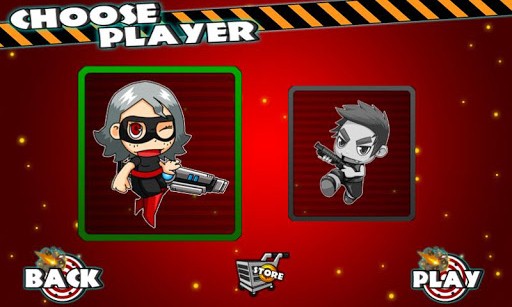 With Doodle Game Center, you can unlock achievements and level up your personal profile by playing games.

The Game Center component is kind of a bonus, but actually plays no central role in the main Zombie Dash game.

Get Zombie Dash For Android Now

Zombie Dash is available now via Google Play and it is entirely free thanks to in-game advertisements and in-app purchases. If you’re lazy and don’t feel like unlocking all the weapons just by playing, you can buy in game coins with real money. Otherwise, everything in the game can be unlocked over time.

Even though, there is no way to experience Halfbrick Studios’ title Monster Dash on Android, Zombie Dash is an excellent alternative. Like we mentioned above, some may even prefer the latter game thanks to the weapon upgrades and additional features.

Let us know what you think of Zombie Dash in the comments below!