Google has already released plenty of information on their upcoming Chrome-based operating system but none of it actually explains definite features and functions. Nor has there been any talk as to what it will look like – openly.

On the programming side, it looks as though the Google OS will use Linux-based programming methods, more specifically (as Google devs quote) “Google Chrome will be running within a new window system on top of a Linux kernel.”

This will undoubtedly allow the community full customization and control over the form and function when pertaining to the OS. As most Linux users already know, Linux remains a highly customizable and highly open-source platform. It looks as though the Google Chromium OS will follow suit. 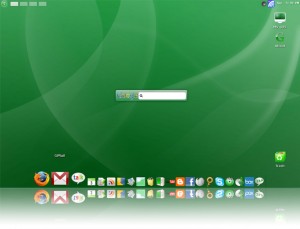 One can only guess at how the true form will appear, most likely it will resemble the Google Chrome browser. But if Hexxeh’s Chromium OS builds are a good example, the Chrome OS will look slick! Hexxeh is a young developer who tweaked the Google OS source code and generated an early version of the operating system based on his own preferences. Users can install the Google Chrome OS using the edited source code distributed on Hexxeh’s official site; the latest build has been called Flow by Hexxeh.

For those of you who aren’t aware of the upcoming Google Chrome OS, here’s a quick debriefing. Google has identified that users spend most of their time on a computer in a browser window (Internet Explorer, Firefox, Google Chrome, Safari). They believe that most of the excess programs and applications are used, much less often – enough so, that they don’t need to exist in an OS. They also believe that most average operating systems take an extended period of time to boot initially (no detesting that fact).

Over time operating systems deteriorate in performance as more and more software is installed. Armed with all these aforementioned observations, Google has decided it would be beneficial to create an operating system that acts just as an internet browser. What that means is that every action performed on their upcoming OS will do so via the internet. The Google OS is titled the Chromium OS because it will obviously borrow from the design and function of Google’s Chrome internet browser.

In a quick introductory video the Google development team also revealed that most files including music, text, video and such will be stored server side. Meaning computers utilizing the Google OS will no longer need extending storage support. Hard drives will likely become a feature of the past for Google OS users as music, photos videos and content is stored via internet accessible servers. Is this necessarily the best idea to be drawn up- no, I would think not considering all the safety problems that could potentially arise, however the idea is certainly not to be taken lightly.

A speedy and reliable OS is certainly something that would remain on everyone’s radar. It would definitely function well for netbooks and portable devices which do suffer from performance loss due to traditional OS requirements.

There has been no word of Google distributing Hexxeh’s open source builds, and it’s very likely they won’t. So it is still unknown just how and what Google’s exclusively developed OS will resemble. We can see evidence on it’s appearance and form by looking at the Google Chrome OS images displayed here, but they simply act as a preview seeing as they are not evidence of the official OS build. 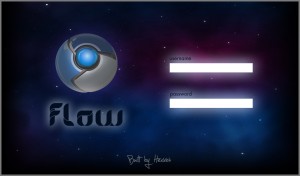 A large selection of brand names have signed on to partner up with Google- and already plan to try out their new OS on future devices. With the end of the year closing in and the holiday season opening up, it is likely that a few Google OS powered devices will hit the market.

Stay tuned for further information and affected devices as the Holiday season nears. Something will likely turn up soon!

We have created a forum thread on the new Google Chromium OS! Please register and come join the discussion. Let us know how you feel about the latest operating system. Are you excited about the speedy boot times? Does the internet browser only interface seem intuitive? Have you perhaps tried an OS build, what were your thoughts and personal reflections? Please visit the forum discussion in this thread!

UPDATE – Read this post to learn how to install and run Google Chrome OS on your machine!