The iPad was introduced in the spring of 2010. That was the beginning of the modern tablet era. In fact, 2011 was the year of the iPad/tablet. From that point, on, tablets have been in a steady state of decline. Android tablets were always also-rans, and were never particularly popular. For a while, Amazon managed to exploit the mini-tablet market during the holiday season. But sales of those tablets would dry up for the rest of the year. The iPad (in both large and small) has been the only tablet with staying power. Now, even that is in year-over-year decline.

But tablets are far from dead. In fact, for the iPad, 11 million units sold is considered a bad quarter. That is still an awful lot of tablets being sold every day. Other companies would consider that a strong, stand-alone business. It is still twice their Mac sales, and about 20 percent of their iPhone sales.

Furthermore, Apple is getting ready to juice up the iPad line in a major way. Apple’s renewed interest in the iPad will spur the competition to take a second look at the category. If you already have a tablet, you are going to want to buy a new one very soon. If you don’t have one because you don’t know what they are good for, here are a few reasons this year is the real year of the tablet: 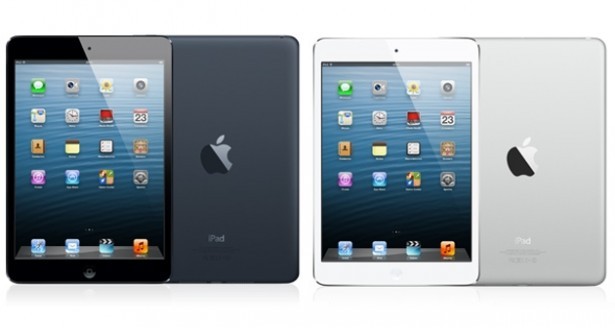 You have long been able to buy portable televisions. The reason the category never really caught on is because they are universally awful. Catching a signal is difficult. The picture is bad. There are no recording or DVR functions. And battery life is poor. The modern era has brought us a much better alternative.

All of the major networks are providing distribution options that allow us to view their content on smart, mobile devices like smartphones and tablets. No one wants to watch sports on a 5″ screen. But tablets are ideal. A connected tablet can not only access on-demand programming, it can also access programs you recorded at home for later viewing.

For live TV, you can get something like the SlingBox that hooks up to your setup at home, then slings the content to your connected tablet wherever you happen to be. Your tablet becomes a remote screen for your home cable subscription. Because companies are starting to compete for your streaming attention, there has never been a better time for tablets to become portable televisions.

The Internet looks and feels very differently when you are holding it in your hands and interacting with it tactilely. It feels a lot more natural. This is yet another area where the size of the screen makes a huge difference. Most of the Internet is unpleasant to use on a phone, but a joy to use on a tablet. Because of the renewed interest in developing mobile sites, the tablet Internet has never been better.

Because tablets represent the Internet that you can take with you, what you need is a service that can deliver to even the most out of the way places. Not every company will provide high-speed services to places like Ann Arbor. There are not many companies like Frontier, an Internet service provider that makes serving remote places a priority. You can click here for Frontier Internet in Ann Arbor to check your availability. Whoever your provider is, be sure they have coverage in the locations you will be at.

One of the problems with surfing the web on a computer is all of the Flash and Java plugins that compromise your security, bandwidth, and overall experience. Everything you do on a modern tablet is a cleaner and safer experience because those plugins do not run on tablets. Even so, advertisers have still found ways to junk up your experience with takeover adds, trackers, and other digital pollutants.

iOS 9 is bringing the ability to use content blockers that will reduce ads, block trackers, and speed up your tablet experience. Products like Ghostery on the desktop will be possible on your tablet. Your next tablet experience will be the cleanest you have ever had.

Whether you are a devotee of Microsoft, Google, or Apple, check out what’s new. The real year of the tablet is just about to begin.