These days everyone carries a smartphone, and that means everyone has a camera on them at all times. For some, it’s difficult to justify purchasing a traditional point and shoot camera when you already carry one around all the time. Sure, smartphone cameras are great for quick shots, but they always leave a little something to be desired when it comes to quality. The sheer performance of smartphone cameras has increased nearly tenfold over just the past few years, but there’s one thing in particular that a traditional camera will always have- optical zoom. We’ve all done it before, and zooming in with your smartphone to get an up close shot usually yields some pretty crappy results. That’s because digital zoom really isn’t all that great. Optical zoom is what gives an image that professional, up-close and personal look. With an optical zoom, you can get right in there, but the image remains crystal clear. Digital zoom causes an image to be grainy and washed out.

Still, there’s hardly a need to carry around a bulky camera like a large DSLR unless you’re a professional photographer. What’s the best type of camera for the average Joe to lug around? That answer is pretty easy to give, a compact digital camera. Some time ago, compact digital cameras used to be the worst when it came to image quality. The technology has advanced significantly, enough that you’d probably be surprised to see what they can do.

The first thing I’d like to say before we get to the nitty gritty, is that the following devices are from a wide variety of price ranges. There should be something for everyone’s budget here. If you can’t find one you like out of the top four, then be sure to check out the honorable mentions.

The prices are approximated, which means they’re not exact matches. Various retail stores may offer the cameras for lower or higher prices.Shop around, you never now what kind of deals are out there. 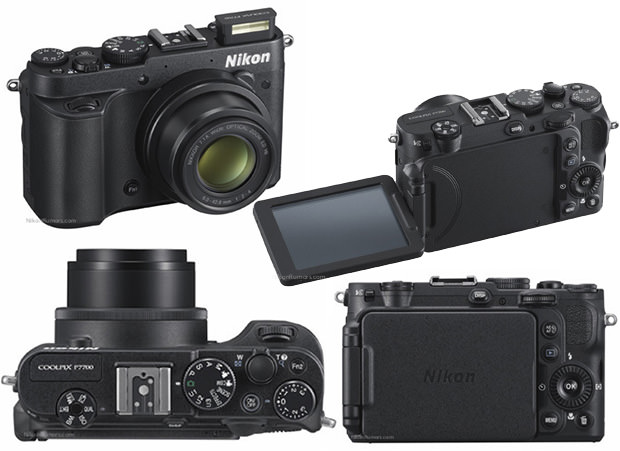 The P7700 is the successor to the Nikon P7100. It’s actually targeted for professional photographers that would want to carry around a more compact camera instead of a larger SLR, or in addition to. That being said, even the most casual user would benefit from the P7700. The lens features a focal length of 28-200mm (35mm), and has an aperture range of f/2.0-4.0. It includes quick options like shooting mode, sensitivity, white balance and exposure.

Unfortunately, the P7700 is a little slower when it comes to image processing which means it’s not suitable for high-speed or action photos. Don’t be turned off by that fact, however. It’s still an excellent camera and it takes quality shots with very vibrant and rich colors.

The LX7 follows right in the footsteps of Panasonic’s earlier model the LX5. It uses the same 10.1MP resolution, however it includes an improved CMOS image sensor which offers even better low-light performance.

It features a 3.8x zoom combined with a 24mm wide-angle lens. It boasts an aperture range of f/1.4-2.3 with a maximum focal length of 90mm. Interestingly enough, this bad boy includes a front aperture control, and lens settings for focus and aspect ratio. It’s a great camera all around, and even though it wouldn’t be sufficient for power users it would work just fine for the average Joe. In fact, there’s more punch here than a casual user even needs.

Unlike the Samsung EX1, the EX2F includes full Wi-Fi connectivity and offers Samsung’s easy image sharing features. You can share images to Facebook and other social sites directly from the camera.

The EX2F boasts a 12MP sensor, a maximum aperture of 24-80mm, a 3.3x optical zoom and a lens focal range of f/1.4-1.8. It’s capable of taking very appealing high-quality images with a more natural color palette. For the price, it really is a hard one to beat, especially for the average Joe.

The G15 packs quite a punch in a relatively small size. It boasts a 12.1MP CMOS sensor, a 5x zoom lens and an aperture of f/1.8. The price isn’t too bad for what’s offered in the box, but if you’re on a tight budget you may want to look elsewhere. Casual and power users alike would have no issues with this camera.

Well there you have it! Those are some of the best compact cameras you can find. If you don’t see something you like I’m going to throw out some honorable mentions now.